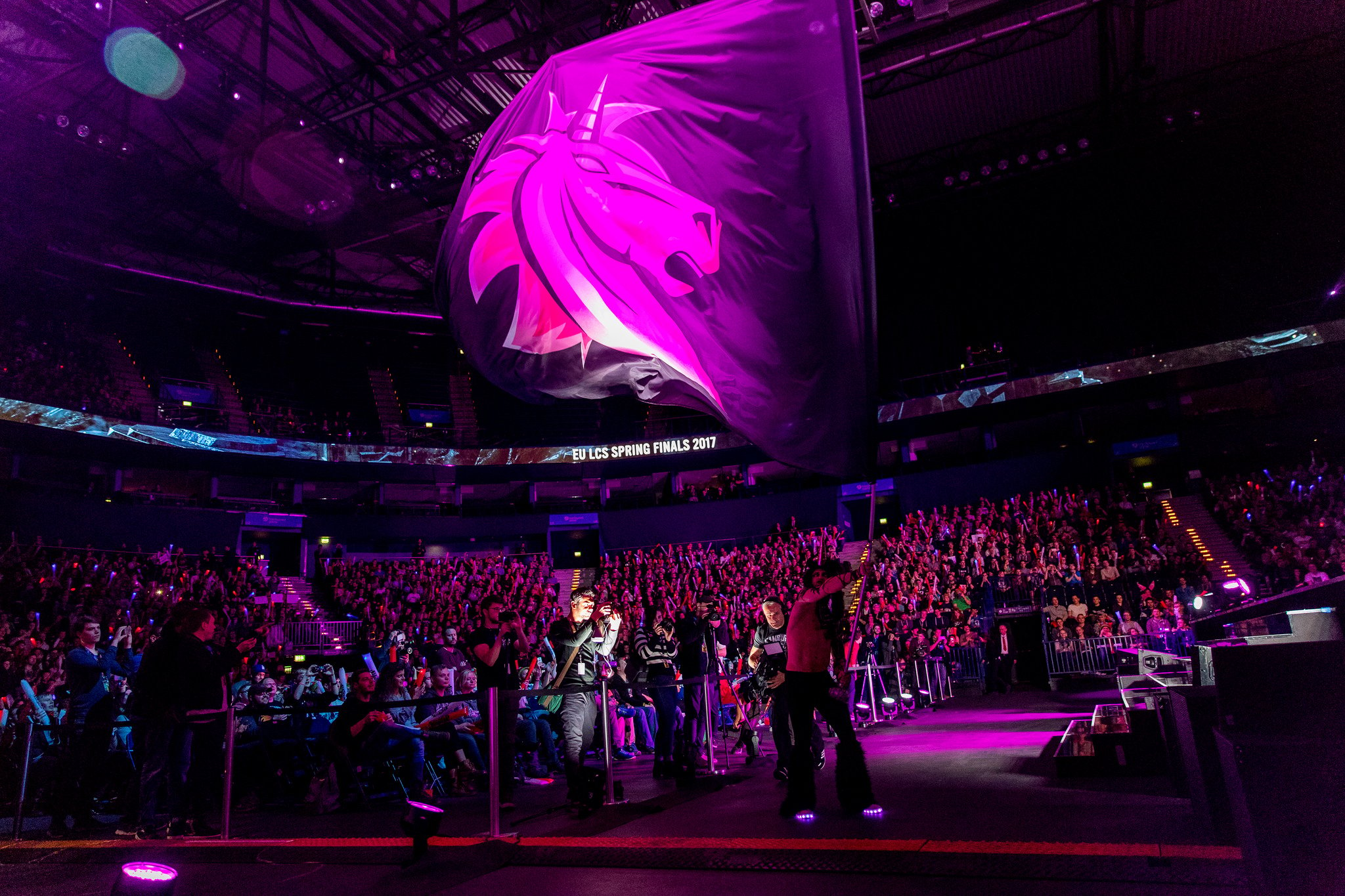 The Unicorns of Love are resilient. In 2015, the team lost against Origen in the Regional Finals to deny them a chance of going to Worlds. Then, in 2016, they lost to Splyce in the Regional Finals, suffering more heartbreak. Each time, they’ve had to pick themselves up, rebuild, and look forward. And each time, they’ve turned themselves into challengers.

Heading into the EU LCS playoffs, it’s the same situation all over again, albeit on a smaller scale. After failing to beat G2 Esports in the Spring Finals—denying the team the chance to represent Europe at the Mid-Season Invitational in Brazil—the Unicorns now have their sights squarely set on making it to the Summer Split finals. With a good performance there, they could represent Europe at Worlds as the first or second seed.

Romain Bigeard, Unicorns’ team manager, has been one of the driving forces behind the team’s transformation from underdogs to title contenders.

The past two years haven’t been the best for Bigeard and the Unicorns, but he has loved every minute of it. The team’s failure to make the World Championships hasn’t stopped Bigeard from believing UOL can make it in the future. “We were one fucking best-of-three away from this achievement, twice,” Bigeard said. “2017 is the year.”

Could it really be Unicorns’ year, however? The EU LCS is becoming more competitive by the day and any team can defy the odds when it matters most.

“We are usually performant when one condition is met: Our five players perfectly trust each other,” Bigeard said. “It doesn’t happen all the time, but when it does, imagine having a giant hand with five synchronized fingers. And one of those fingers is Hylissang. And Hylissang really likes to fight and engage and kill and guys-I-have-flash-and-ult-up-so-I’m-going-in. And the four other fingers are giggling with contentment while they jump in the fight as well.”

Sometimes this creates what fans describe as a chaotic playstyle. Bigeard doesn’t quite see it that way, though. “I can understand why people would say we are very chaotic and anti-meta,” Bigeard said. “I believe this is a non-intended outcome of our training.”

He added: “Yes, the result might be a bit chaotic sometimes. But we are professionals. We have not embraced chaos. We are chaos.”

Unicorns have been able to put their chaotic playstyle to good use and will now face H2K in a one-on-one battle on Aug. 13. Bigeard believes, however, that the team still has a lot to learn during their Summer Split if they have any hopes of challenging teams on the international stage. H2K secured first place in Group B after the Unicorns lost against Vitality 2-0 on Aug. 11.

“We started the Split as a caterpillar, and a pretty good one,” he said. “We had lot of fun. We were good. Then Rift Rivals choked us hard, turning the caterpillar into a useless and frustrating chrysalis, a time for introspection and reflection. Question is: Are we going to die in this chrysalis, or is the recent shaking the premise of a beautiful butterfly?”

Any team would be looking to change their strategy, force H2K to think on their toes, and come at them with the full force of the metagame—but not Unicorns.

Unicorns feel they don’t have to do anything special to prepare for the match. “We believe we found a solid balance in the last weeks,” Bigeard said. “So we will keep it that way until we discover something is a bit clunky and we optimize it—again, and again, and again.”

Do the team already know the exact strategy to beat H2K? “Let’s say that we are not actively looking for off-meta picks,” Bigeard said. “We usually play what we believe to be strong, and sometimes… those picks happen be exotic.”

With the Summer Split coming to a close, Unicorns will be looking towards the future. The team is guaranteed a slot in the playoffs and face an uphill battle to make it to their first Worlds, but Bigeard isn’t worried. “I think we are stronger than H2K and at the same level as Fnatic and G2,” he said. “We will soon know more about it.”

Bigeard is aware, however, that all of this is just talk. The team knows that the EU LCS is the first step and that only one prize matters.

“Going to Worlds would be a success.” Bigeard said. “We are the forever underdogs, the one against whom the best team “have a bad day” if they lose. Regarding the size of our organization, making it to Worlds would be incredible.”

If the team do make it to Worlds, who would he want to face in groups? “SKT of course,” Bigeard said. “Who doesn’t dream to face God himself on the Rift?”

Now, all the Unicorns of Love need to do is win their first EU LCS title to guarantee themselves a spot, and maybe get the chance to face SK Telecom T1—sounds simple enough.