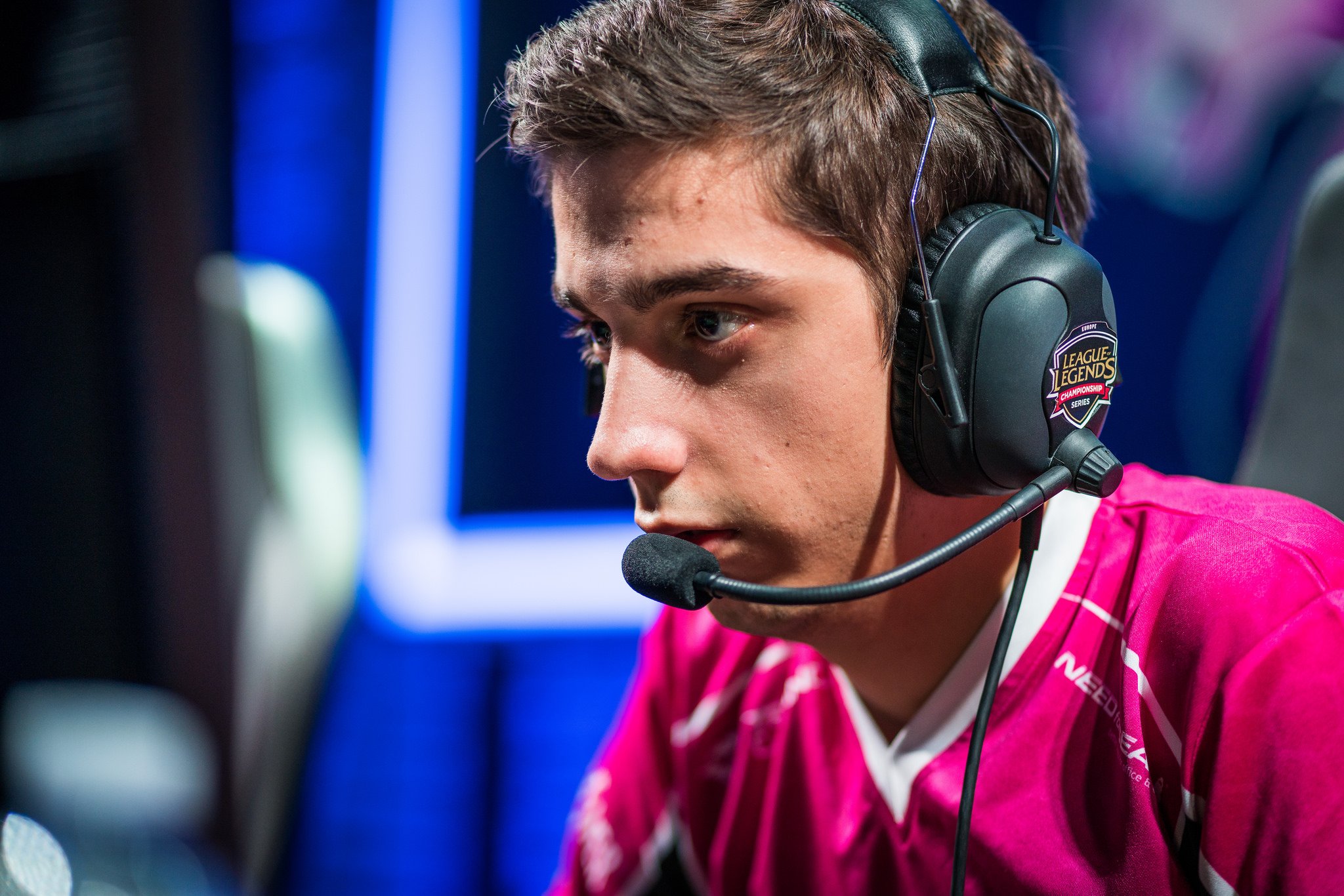 Samuel “Samux” Fernández Fort has taken a scenic route in his League of Legends career.

He’s been playing League since the very beginning, and has been a part of numerous European teams. But a lot of players have changed teams, looking for the best fit. Fewer players have changed positions, like Samux did when he swapped from top lane to ADC a couple seasons ago.

After a bit of a rocky start in his new role, Samux got back into the LCS by catching on with the Unicorns of Love last offseason. Unicorns are famous for developing players in-house, and even though Samux was a veteran, the team made sure he worked his way up. “When I came into the team, I was treated like a rookie,” Samux said. “I had a lot to learn. Even though I had been playing for a long time, I didn’t consider myself a veteran in the ADC position.”

ADC can be a tough position on UOL because of the attention that the solo laners require. This is still top laner Kiss “Vizicsacsi” Tamás’ team. Unicorns’ win condition often hinges on either Vizicsacsi winning his lane or Fabian “Exileh” Schubert pulling off a successful engage from the mid lane.

Those teamfights have become UOL’s calling card, and Samux’s experience as a top laner helps him understand what Vizicsacsi wants to do in teamfights. But he’s fully transitioned to the marksmen role. “I transitioned to ADC because I enjoyed playing it a lot more than top lane,” he said. “Sometimes I miss the top lane meta where you would play assassins with ignite instead of teleport, but other than that, I like ADC a lot more.”

Learning to be the primary carry

This summer, the team has required even more of him as a carry. Vizicsacsi, while posting strong numbers, hasn’t quite been the same threat. And Exileh continues to be a poor laner, often resorting to scaling picks that fall even further behind in lane. “I think our early game got exposed at Rift Rivals,” Samux said. “We lost a bit of confidence but we have been working on it and it’s showing in some games, like the second one [last week] vs. Splyce.”

To bolster Unicorn’s identity as a late-game fighting team, everyone has switched to scaling champions. “That’s why we are usually behind early game,” Samux said. “But we know the longer the game goes, the better it is for us because we are confident in our mid/late game teamfights.”

“We just look to enable me to do damage without dying.”

That’s put a lot of pressure on Samux to perform. Exileh, Vizicsacsi, and jungler Andrei “Xerxe” Dragomir can start things, but it’s often up to him to finish. It’s helpful that he’s picked up Xayah, a good laner with mobility, CC, and loads of damage in fights. Xayah’s lane is even stronger when paired with Rakan. “She is really powerful in this tank meta since her scaling is super good because of the W,” Samux said. “If our early game falls apart, we can always rely on me outscaling and being able to do a lot of damage in the late game teamfights. In late game, we just look to enable me to do damage without dying.”

For the first time in his career, Samux is being asked to hard carry from the ADC spot on a team with Worlds aspirations. After the team was upset by Splyce in the regional playoffs last year, everyone is dead-set on making Worlds. “I know my teammates really want to go to Worlds since they have been so close to go so many times,” Samux said. “So I’m just gonna try my hardest and work as much as I can to get there.”

To make it, they’ll likely have to win a couple playoff series against good teams. Nothing’s guaranteed, and their inconsistency this summer gave H2K the first seed from Group B and a playoff bye. Still, Unicorns have solid winning percentages against most teams in EU. The one team that can still give them fits? G2.

Sure, UOL won the latest series a few weeks ago, but over the last two years, G2 have really had their number. “Every team in Europe struggles against them,” Samux said. “They are just a really good team with clean macro and micro when they are at their peak.”

But he doesn’t believe that G2 have some special kryptonite that renders the Unicorn magic null. There’s a feeling that UOL are on the cusp—that everything is falling in place for a strong run to Worlds. It’s the best feeling in competitive League, one that has eluded Samux until he came to this quirky, charismatic team. “[This team] has been pretty good,” Samux said. “Unicorns of Love is a great team full of crazy people, so it’s been a lot of fun.”

We’ll see starting next week how far the craziness can take them when the EU LCS playoffs start on Aug. 19.