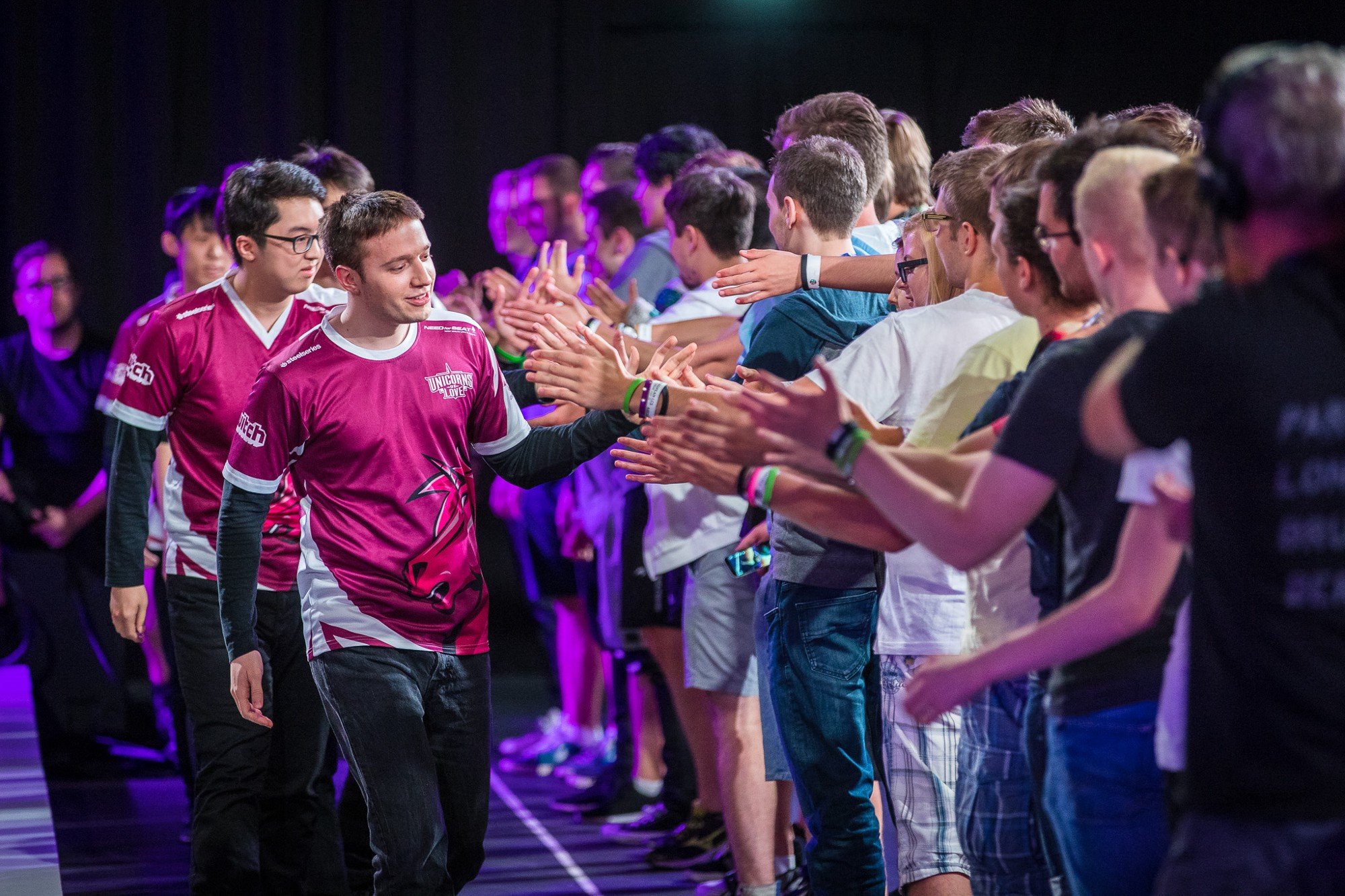 Intel Extreme Masters had a tough time fielding a roster of League of Legends teams for their Oakland tournament. The event’s proximity to the League World Championship and the offseason free agency period made it difficult for many teams to attend. One of the only teams that went all-in from the get go, bringing their full roster and practicing specifically for the event, was Unicorns of Love.

On Sunday, that preparation paid off as they won the final over Flash Wolves.

Advantages all over the map

For years, Flash Wolves have been built around their mid lane and jungle combo of Huang “Maple” Yi-tang and Hung “Karsa” Hau-hsuan. That combo did them well in their series against Chiefs and Longzhu. UOL, seeing that strength, decided to ignore it and focus everywhere else.

But as good as Karsa was, he was unable to show everywhere. That allowed UOL top laner Tamas “Vizicsacsi” Kiss and ADC Kim “Veritas” Kyoung-min to take over the game. In Game 3 Veritas built a large creep score lead playing Ashe into Double Red’s Jhin.

The straw that finally broke FW’s back though was UOL mid laner Fabian “Exileh” Schubert coming through with huge carry performances in games two and three. Exileh is a strong player, but he’s had periods of inconsistency and Maple is one of Flash Wolves’ rocks. Instead, Exileh styled on Maple and cleaned up teamfight after teamfight.

It’s not over until it’s over

After solidly outplaying Flash Wolves over most of the first three games, UOL tried a creative level one strategy by sending all five members into the bottom lane bush. The only problem? Flash Wolves did the same and sensing something amiss, they put down the first ward. SwordArt got all five UOL members with his Zyra root and Flash Wolves picked up three kills for one, forcing a deciding game five.

In that game, UOL went old school, picking Kalista for Veritas and putting all their faith in Exileh’s ability to carry on Cassiopeia.

Flash Wolves actually took a kill lead but Unicorns found fights at the more opportune times. They were able to translate fight wins into objectives that unlocked the map. Critically, when fights broke out in the jungles, Unicorns were able to keep Veritas and Exhileh safe, allowing them to kite around the outside and clean up.

After a long day of games and pauses, after a long season of disappointing playoff exits, Unicorns of Love finally won the best of five match that mattered. The team take home the $50,000 first prize, but perhaps more importantly end their 2016 season on a high note as they look to build towards a successful 2017.