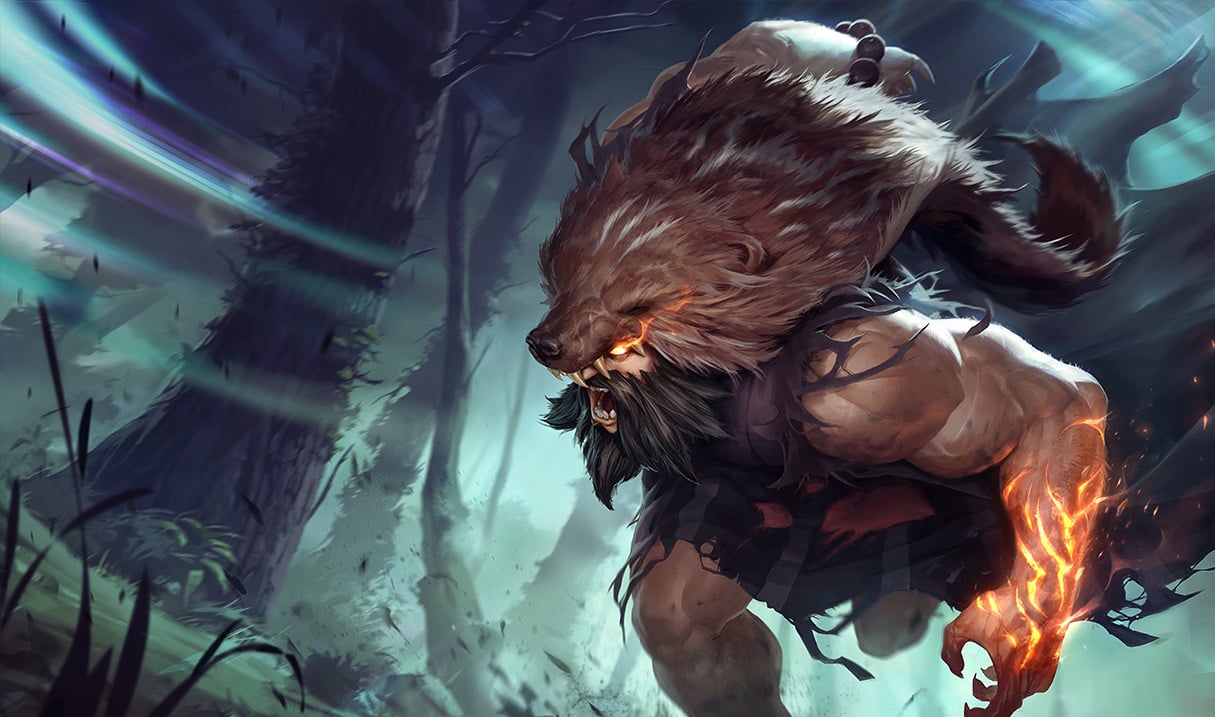 The update was added to the PBE yesterday, and it takes a whack at the functionality behind his Tiger Stance (again), his Phoenix Stance, and his passive.

For starters, Udyr is supposed to be a very fast champion that can be played and built in a myriad of ways that most suit his team, so when he sprints toward the enemy team at super speed, he can be at his best. Not only is he actually not very fast, but he’s very underwhelming at every possible playstyle in his arsenal. To help this along, his passive is being reworked to make switching between stances much more meaningful, which means the order at which he switches stances in fights will determine exactly how effective he is. The cooldown on all of his stances is being reduced from six to five seconds as well.

Each time he switches a stance, he will gain four percent attack speed, cooldown reduction, and six percent base attack damage. This buff stacks up to five times, resulting in a pretty hefty buff if it’s done correctly and efficiently, depending on how you decide to build him. His base speed is also being increased by 10 movement speed.

His Tiger Stance was reworked back in Patch 7.8, but it didn’t exactly pan out. The functionality that was added that causes any clipped damage from the last DoT to be applied instantly is being totally removed. That means that Tiger Stance’s DoT will strictly be a DoT and not a tool for burst damage. On the plus side, the DoT will now last for six seconds instead of two, and it will deal a ton of damage. It scales with bonus AD now instead of total AD, so actually building AD items on Udyr will be encouraged. The ability will have a pretty high base damage now, too, so you don’t necessarily have to build AD.

His Phoenix Stance was largely untouched in the last rework, but it’s being totally gutted this time around. The biggest change is that its damage scaling is being switched from AP to bonus AD, which is another great reason to build some AD items on Udyr. The flame cone and flame aura will both scale on bonus AD, and they will also deal more base damage as well. On top of that, the duration on the aura is being increased from four to six seconds. The bonus AD scalings are actually really high on this ability now. Combine that with the high base damage and the new super buff on his passive, and Udyr should actually hit like a truck now.

On top of all of that, both the Phoenix and Tiger Stances will deal six percent more damage for each stack of his new passive, which stacks on top of the attack speed and attack damage buff from his passive to begin with, making for some rather painful punches. These changes are significant, and this time around, they should actually be enough to bring Udyr up to speed. In fact, they might be a little too extreme, but only time will tell.

These PBE changes are very tentative, which means they could be changed or removed in the weeks prior to Patch 7.14 arriving.