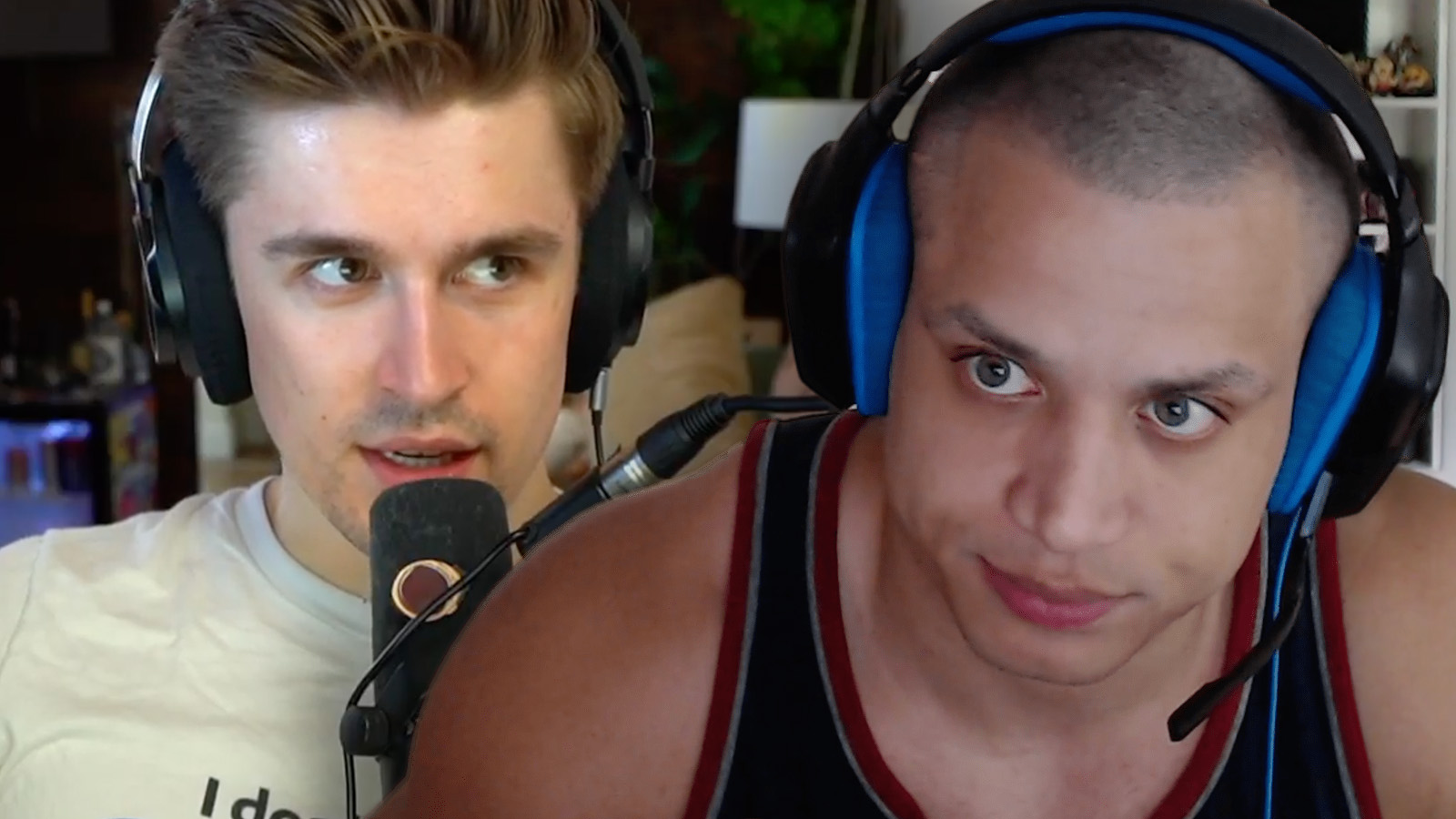 Screengrab via Ludwig on YouTube and Tyler1 on Twitch

Tyler “Tyler1” Steinkamp is blaming Ludwig Ahgren for their stream-team losing the MrBeast vs. Ninja Ultimate Crown League of Legends show match on July 9, claiming he was “worse than a bot” in the Twitch entertainment series.

Not only did their team lose the televised League showmatch 2–0, but they also lost the all-in-or-nothing final match Ninja and MrBeast agreed to hold as a finale.

Tyler1 lamented over the loss during his stream on July 11 and said Ludwig’s bot-like performance held them back and showed fans a snippet to prove his point. “Just take a look at this!” he yelled midway through his Ultimate Crown rewatch.

At the 28th minute mark in the final game, Ludwig was following him around, seemingly unaware of what to do. “If this was solo queue, I’d be submitting a ticket!” he said.

Moments later, when teams were posturing to make a move and potentially start a fight, he said Ludwig was oblivious and even accused him of alt-tabbing from the game. Tyler1 continued: “He’s sitting AFK in a bush. What is he doing? At this point, he just stops moving for ten seconds. He doesn’t know what he’s doing. How can we win with this? He’s literally worse than a bot!”

“At one point, I looked over, and I kid you not, he was alt-tabbed. I swear to god. I’m not kidding. I was like, Ludwig? And he was like, ‘oh yeah?’ and started clicking again.”

He didn’t solely blame Ludwig, though. He also blamed another teammate, former League pro Peng “Doublelift” Yiliang, for not telling him what to do, insisting it could have made a difference. And, considering it’s Tyler1, everything he says can be taken with a little side of ‘tongue-in-cheek jest’ too.

The loss did seem to annoy him though because, as someone who streams League exclusively, he was the one whose reputation was on the line, but he needed his team to perform alongside him.

Ludwig admitted his performance wasn’t great too. “I’m dog shit,” he said. However, he believes it wasn’t all bad and claims he had some decent League moments.