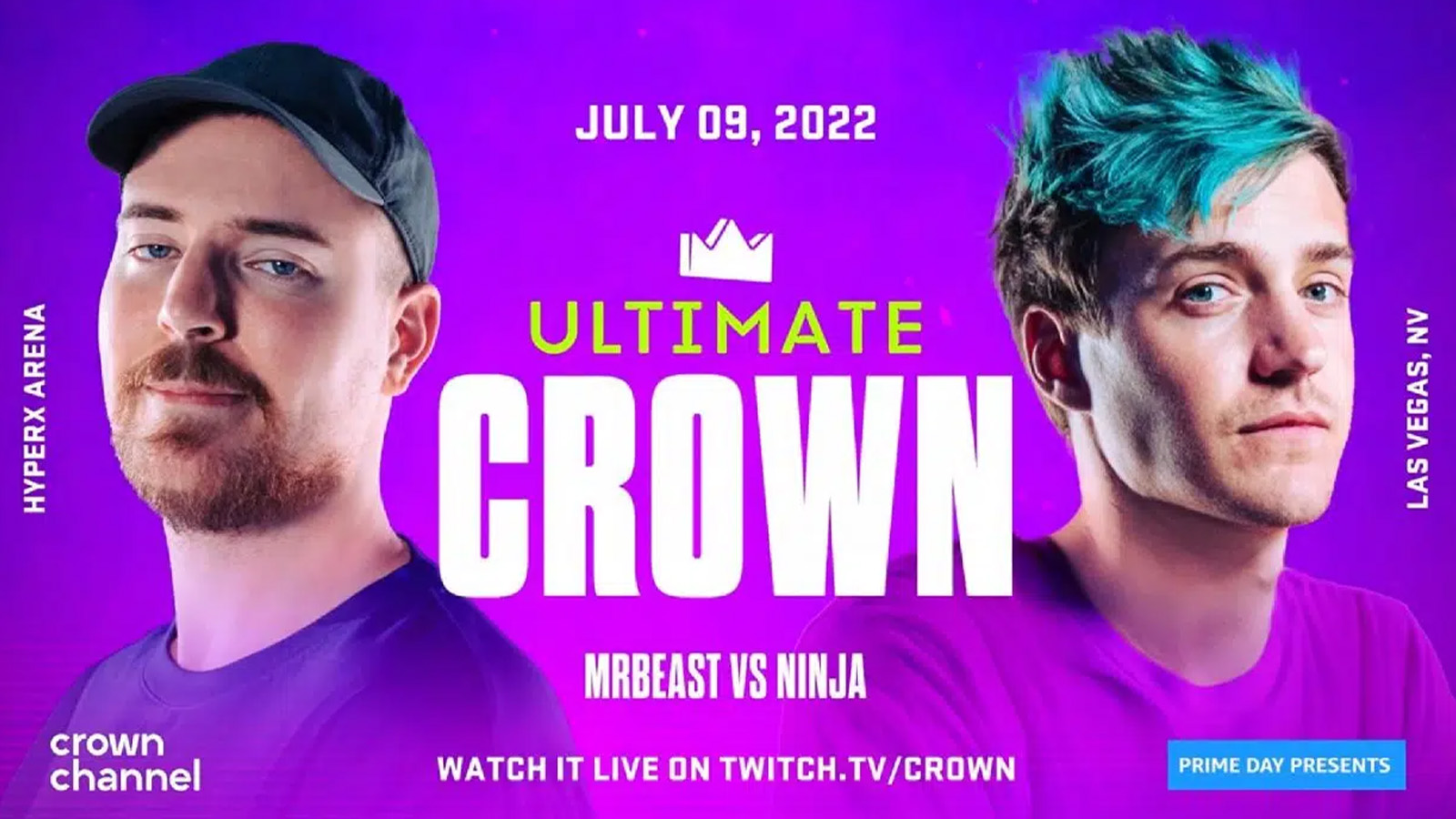 Despite both the LCS and LEC taking a break this weekend, League of Legends fans got a special treat with the streamer-full Mr. Beast vs. Ninja Ultimate Crown.

Team Mr. Beast, consisting of Voyboy, Mizkif, Yassuo, Emiru, and Mr. Beast, emerged as the victors of the first Mr. Beast vs. Ninja Ultimate Crown competition, taking down Team Ninja’s Tyler1, Sapnap, Ninja, Doublelift, and Ludwig. What started as subtle banter between the two content creators, considered two of the largest on their respective platforms, ultimately resulted in a two-game—plus one—series, and earned themselves the Ultimate Crown belt and a total of $200,000 being donated to two charities.

As Zac, Mizkif sought to make an early-game play onto Ninja in the mid lane, though his efforts were quickly matched by a Tyler1 solo kill onto Voyboy in top lane. While both teams focused their efforts on taking down their lane opponents, it was Mizkif that continued to secure objectives for Team Mr. Beast, as well as lead his team into crucial teamfights.

With Team Ninja focused on the poke of Emiru, Voyboy had multiple perfect opportunities to spin into the enemy team as Tryndamere, keep the opponents at bay, and allow Mizkif to continue securing objectives. With both Baron and Elder Drake buffs in hand, Team Mr. Beast took down the enemy base for their first victory of the series.

Game two’s pick/ban phase saw Team Ninja actively attempt to shrink the champion pools of Emiru and Yassuo, yet noticeably left the latter player’s namesake champion up for him to grab.

Once again, Mr. Beast placed immediate pressure on his lane opponents, this time as Pyke, forcing all of Doublelift and Ludwig’s summoner spells and securing Emiru first blood. With Yassuo coming ahead of a two-on-one gank into the mid lane and Voyboy getting a solo kill onto Tyler1, the early game once more went in the favor of Team Beast.

A delayed ace off of Team Ninja’s first drake of the series led Team Beast to the Baron just as soon as it spawned. While Tyler1 tried to bring down the squishier members of Team Beast from behind, the enemy team walked straight into the base to take down the turrets—only to be met by a surrender from Team Ninja.

A surprising $50,000 final match was suggested by Ninja in his post-game interview, which Mr. Beast accepted in full. This time, Team Ninja completely swapped the members of their team around in an attempt to remedy their weaker sides. Changing spots proved to be the best maneuver for the team, as they took a quick early-game lead and kept the game the closest it had been the entire series.

The combination of Ninja’s Samira and Tyler1’s Nautilus completely rolled over Team Mr. Beast’s bot lane. As soon as they had attained a substantial lead, they roamed together into the mid lane to offer Doublelift a hold on an advantage, continuing to funnel kills into the team’s carries.

A quadra kill for Ninja before securing the Baron marked the beginning of the end for Mr. Beast. With all of the members of Team Ninja protecting their captain, he easily found openings to stack his style rating for large ultimates, and after a few more skirmishes, the first and final win for his team.