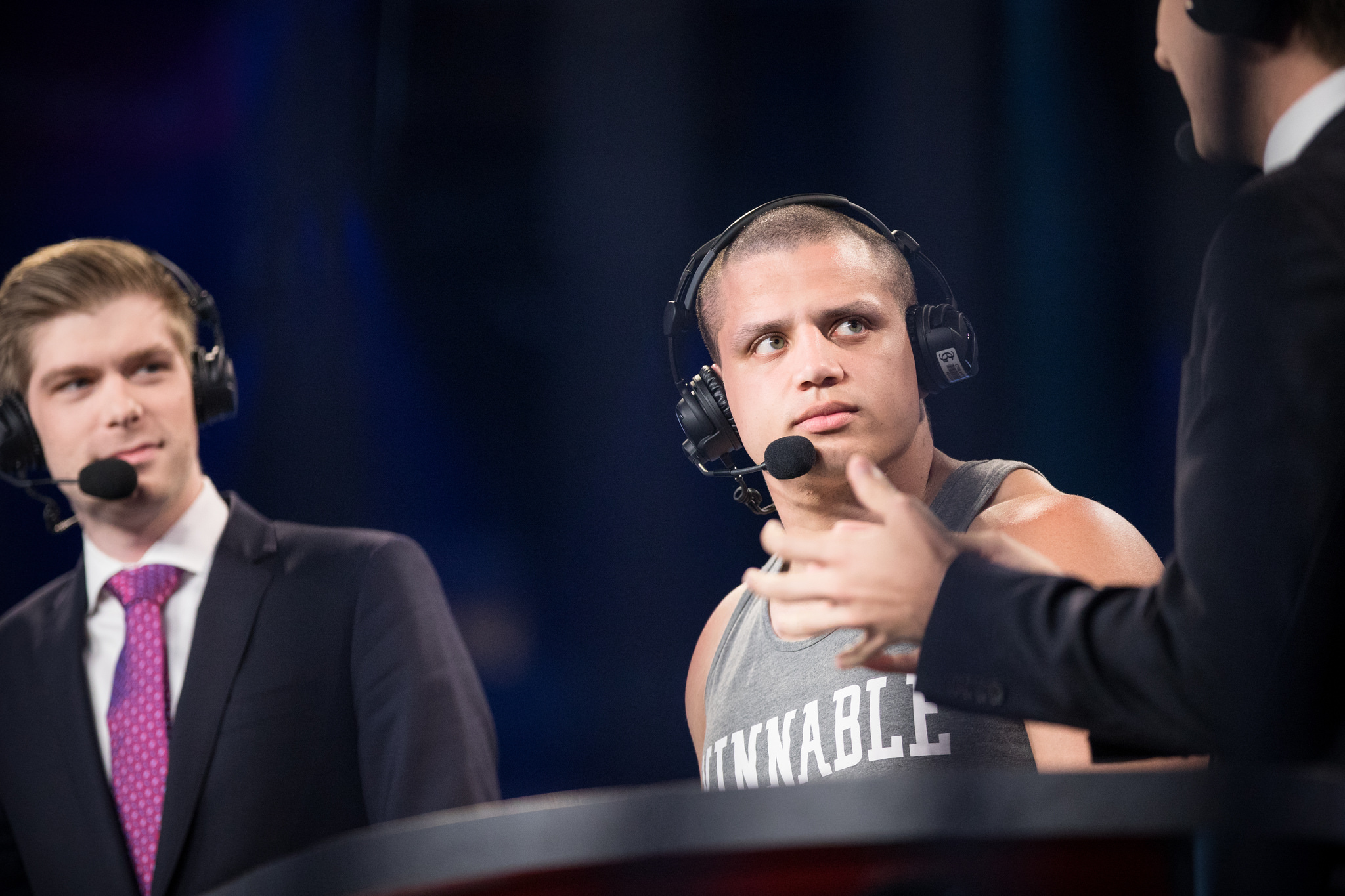 For anyone who thought Avengers: Infinity War was the most ambitious crossover event in history, you better hold Riot Games, NXT, and WWE’s beer.

NXT, which serves as WWE’s main development brand to create the next line of superstars that could one day join the main WWE roster, announced at a recent event that it was teaming up with Riot Games to create a League of Legends showmatch.

The showmatch, which will also include League personalities Michael “imaqtpie” Santana and Tyler “Tyler1” Steinkamp, will apparently be uploaded to the YouTube channel UpUpDownDown, the gaming YouTube channel run by WWE All-star Xavier Woods. The channel has over 1.5 million subscribers and features some of the biggest WWE superstars playing various games.

By the looks of the pictures spreading around on social media, Tyler1 is part of Team NXT while imaqtpie is lining up on Team WWE. Tyler1 appears to be teaming up with Adam Cole, Johnny Gargano, Shayna Baszler, and Dakota Kai, while imaqtpie gets to stand beside Seth Rollins, Cesaro, Tyler Breeze, and Ruby Riott.

Honestly, we aren’t sure what is happening and we will have to wait for an official announcement from Riot Games or someone to tell us what exactly went on. Whatever it turns out to be though, we are already hooked.