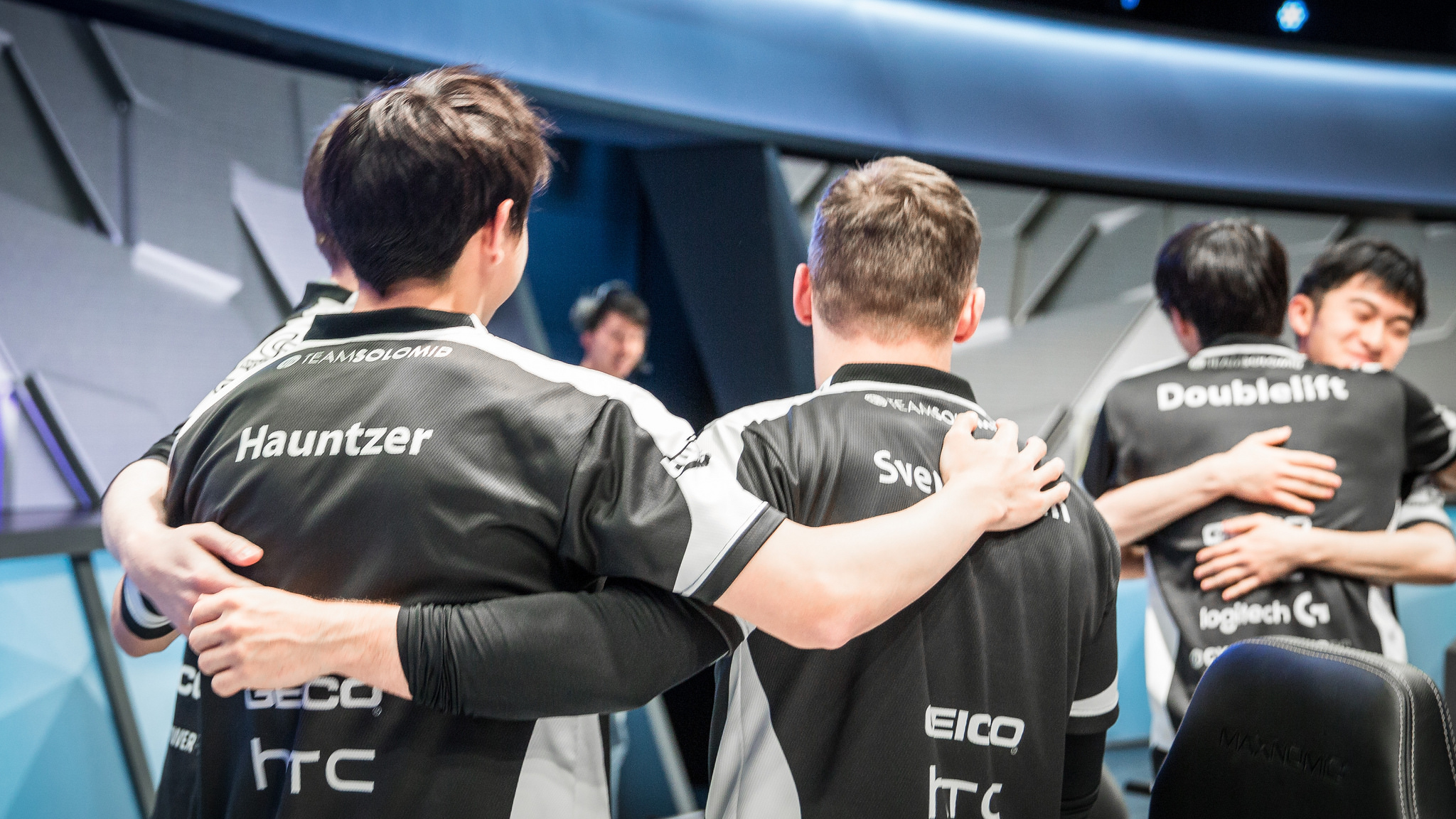 It wasn’t quite as quick as yesterday’s victory, but TSM swept Echo Fox to win their fifth consecutive NA LCS match Sunday afternoon.

Echo Fox actually picked up first blood in the opening game of this series when EF’s top laner, Jang “Looper” Hyeong-seok, found the kill on TSM’s top laner, Kevin “Hauntzer” Yarnell, during a three-man tower dive in the top lane. A few minutes later, Echo Fox took down the first turret and an Ocean Drake, while TSM responded by getting the top tier one turret and the Rift Herald.

But from that point on, TSM took complete control of the game. TSM’s jungler, Dennis “Svenskeren” Johnsen, was playing his trademarked Lee Sin—and he showed exactly why he’s so well known for his play on this champion.

Roughly 20 minutes into the game, Svenskeren already had five kills and helped TSM open the mid lane before immediately rotating to take the Baron. Using their Baron-empowered minions, TSM took both outer turrets in the bot lane and the middle inhibitor by the 23rd minute.

Echo Fox didn’t go down quietly, however, killing three players on TSM in the 27th minute. But then TSM’s ADC, Yiliang “Doublelift” Peng, took down Echo Fox’s jungler, Matthew “Akaadian” Higginbotham, and the team immediately went to get their second Baron.

TSM used the Baron buff once again to break into Echo Fox’s base, winning the ensuing teamfight to secure the game one victory. Sven’s Lee Sin led the way for TSM at 5/0/3, while Doublelift also produced a 3/1/7 scoreline as Ashe.

In game two, Echo Fox wisely banned Lee Sin to try to put Sven out of his comfort zone. Once again, Looper found first blood on Hauntzer in the second game, this time before the three-minute mark.

But TSM’s bot lane secured two kills on Echo Fox’s ADC, Yuri “Keith” Jew, eight minutes into the game. Hauntzer died once again in the top lane around the 10th minute, but TSM responded by getting the first turret of the game in the bot lane.

Both teams were trading kills and objectives in the middle stage of the game, until around the 27th minute when TSM took Baron. Echo Fox was able to take down two opposing players, but TSM used the Baron to open up the mid lane and secure their third Cloud Drake.

Roughly 32 minutes into the game, TSM finally won a big teamfight, taking down four Echo Fox players, which allowed TSM to destroy the middle inhibitor and one Nexus turret. TSM was low on health, however, and wisely chose to regroup and back out of Echo Fox’s base.

With this victory, TSM improved their Summer Split record to 6-2, while Echo Fox dropped to 3-5. TSM will go for their sixth consecutive win next week when they square off against Cloud9 at 6pm ET on Friday, June 30.