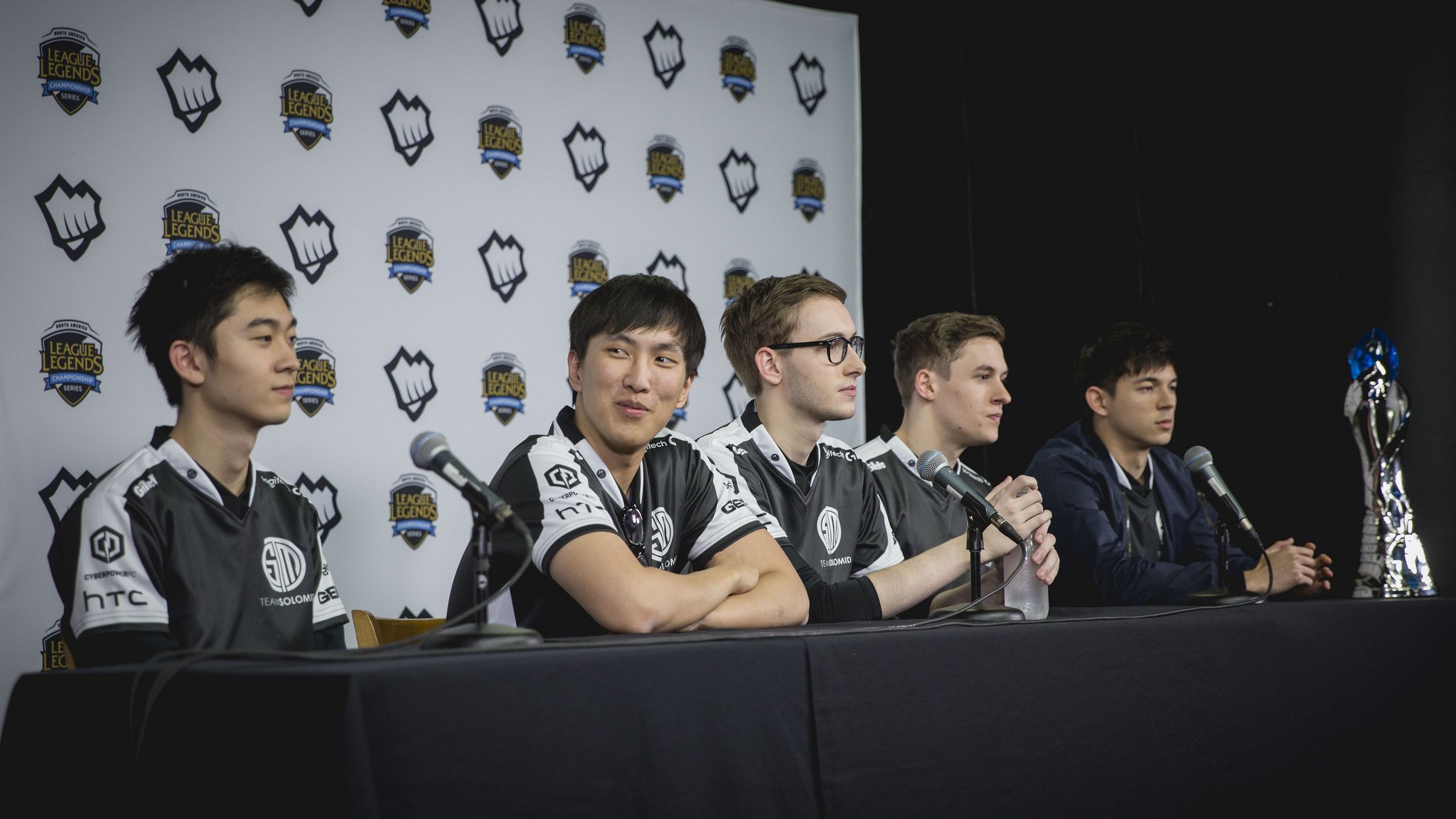 TSM have high hopes this year for their group at Worlds, according to a reaction video that the team released on their official YouTube channel.

They dodged bullet after bullet in the group draw yesterday and avoided being paired up against almost every frontrunner at Worlds this year. No SK Telecom T1, no Samsung Galaxy, no Longzhu Gaming—and there’s no denying it, they feel great about it.

“We got the easiest group in the world,” said Kevin “Hauntzer” Yarnell, TSM’s top laner.

The team has a history of failing to find success on the international stage, both at MSI and at the League of Legends World Championship. It’s been three years since they’ve even made it out of the group stage and into the knockout phase of the tournament at Worlds, and if they’re going to break that pattern at all, it’s definitely going to be this year.

The team is facing off against Misfits, the underdogs from the EU LCS that were decimated in their regional finals against G2 Esports, and Flash Wolves, a team that has been struggling with internal issues all year thanks to jungler Hung “Karsa” Hua-hsuan and his suspensions. Other groups are plagued by internationally dominating teams like SKT, SSG, and EDward Gaming.

There are favorites lurking in other groups as well, such as the GIGABYTE Marines, a Vietnamese team that showed up with a fury no one expected at MSI and then went home to the GPL to steamroll every team domestically as well. Longzhu Gaming, the team that crushed SKT in the LCK Summer Finals, are also in attendance, but TSM don’t have to worry about any of that.

They have the underdogs of Europe, a region that’s already looked down upon thanks to their abysmal performances as a whole this summer, and a team wrought with internal problems. If TSM can’t perform well this year, at least well enough to get through their group, there will be no more denying it—TSM would simply be a bad international team.