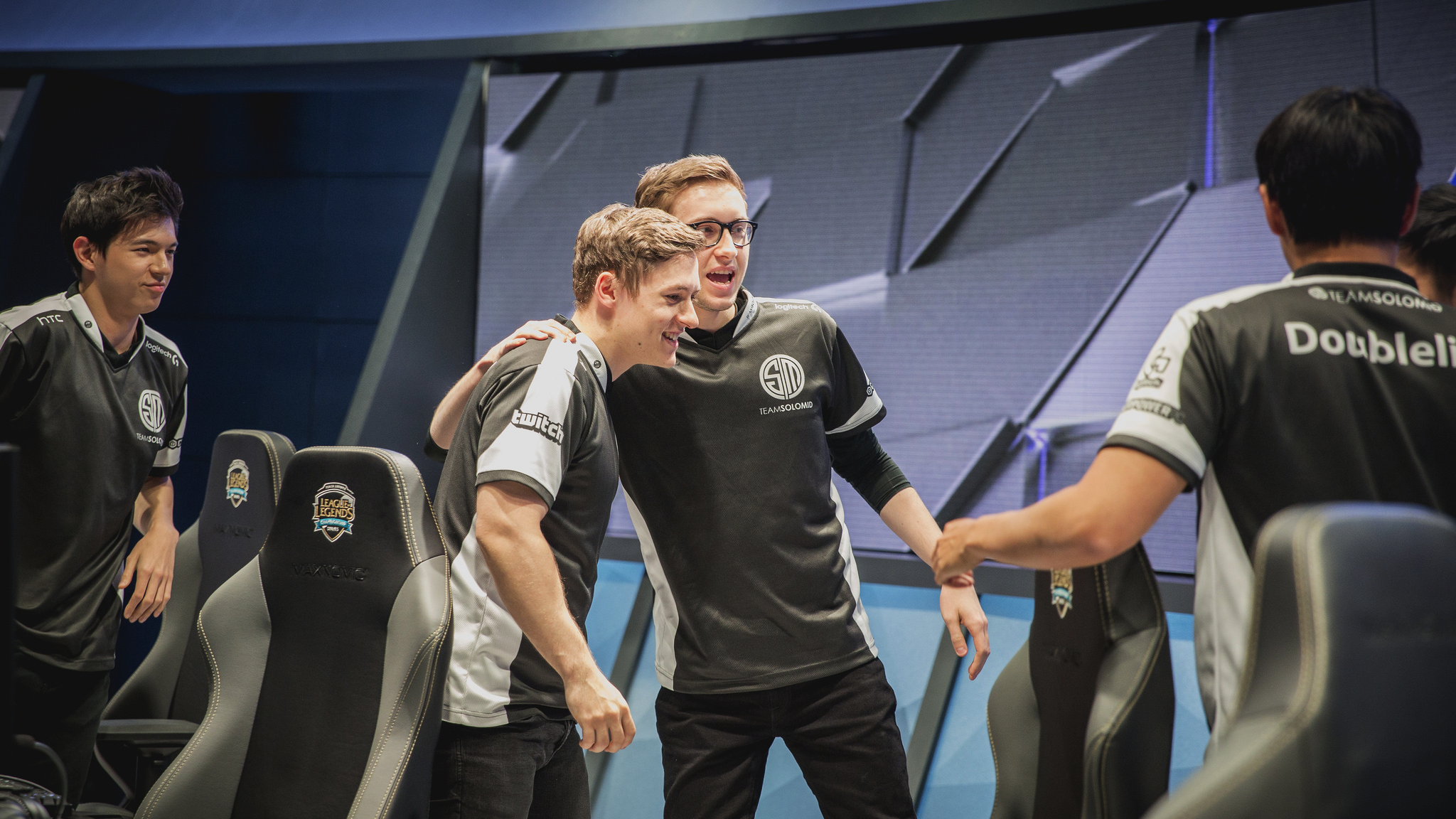 Dignitas had a slim chance at victory today to overthrow TSM and advance to their first NA LCS Finals, but they were seamlessly outplayed and outclassed, and TSM advanced.

Not only does this mean we’ll get to witness the coveted fight between the first and second seed, but it also means that TSM have the chance to win the LCS Finals for the third time in a row—something that’s never been accomplished before.

At the helm of TSM’s 3-1 victory over Dig was Søren “Bjergsen” Bjerg with a monstrous series. At first, Dig focused bans around him, but when he pulled out odd picks like Kassadin into losing matchups and still managed to stomp the yard, they were forced to turn their bans to the bot lane. Bjergsen’s performance stood out throughout the entire series, but he wasn’t TSM’s only shining glory. In fact, they looked like a well-oiled machine in every lane.

Going into the series, both Dig’s top lane and bot lane were extremely confident, coming off of impressive hot streaks. Unfortunately for them, TSM had better laners. They still put up one hell of a fight, but TSM just played better. Dennis “Svenskeren” Johnsen stepped up his game in the jungle, too.

Not only did TSM play the game better, they also won the pregame. Dignitas’ win condition today revolved around Kim “Ssumday” Chan-ho carrying through the top lane, and their team comp needed to revolve around getting him great picks. Two things went horribly wrong here.

Firstly, TSM’s bot and mid lanes were so dominant that Dig needed to focus the draft there instead of building around Ssumday, and Kevin “Hauntzer” Yarnell turned the heat up in TSM’s top lane and played a phenomenal series. With Hauntzer popping off, Ssumday didn’t look as great as he usually does, and Dignitas’ fate was sealed.

Everything came together in harmony for TSM today, and if they can hold onto that rhythm, the finals bout against Immortals next week may just go their way.