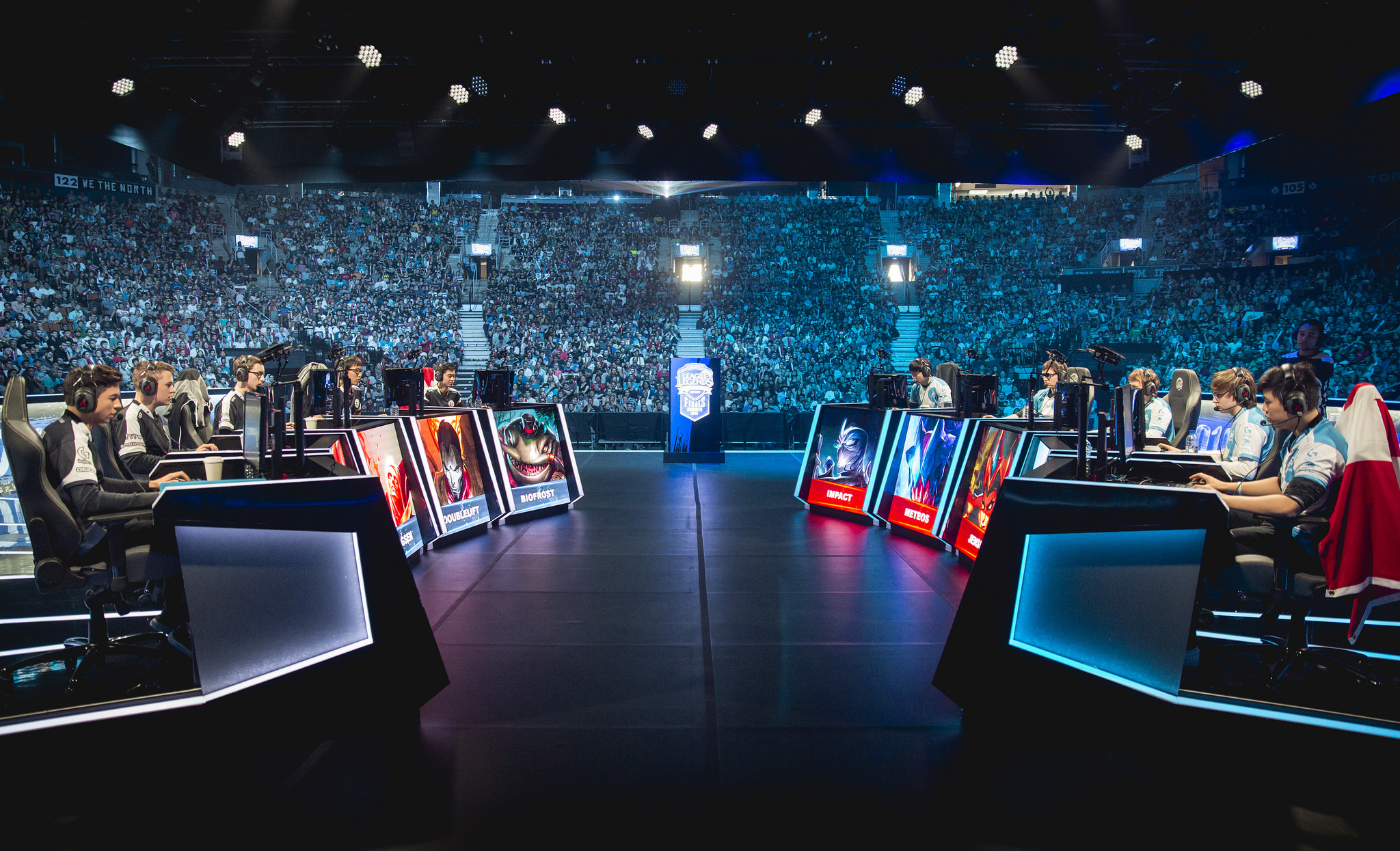 After nine weeks of intense regular season play, a few more weeks in the playoffs, a series of baron throws, unexpected roster changes, and general chaos, we’ve ended up right back where we started.

TSM vs. Cloud9, in Vancouver, for the NA LCS title.

Almost from week one it was clear that these are the two most deserving teams. Both have had stumbles along the way, but nobody else in the region stepped up to stop the never-ending finals series between these squads. FlyQuest had a run and Phoenix1 made it interesting near the end, but both upstart teams fell apart when the stakes were highest.

There’s only one question left in this sequel: Can Cloud9 re-write the ending and come out on top?

Something interesting happened in the Spring Split award voting. Only one of the Riot analyst and caster crew voted for Juan “Contractz” Garcia. Instead, they favored either Echo Fox jungler Matthew “Akaadian” Higginbotham or Immortals ADC Cody Sun. A coupe media members voted for Contractz, but otherwise, it was Akaadian and Cody Sun.

But the players and coaches had a different story. They almost universally preferred Contractz. Maybe it was his team success that set him apart, but there’s something going on behind the sides that the analysts and media aren’t getting.

Contractz had a solid introduction to the LCS scene, popping off in Cloud9’s week one victory over TSM. He’s suffered through some inconsistency since but in the playoff match against Phoenix1 he shined. He set plays up all over the map as Cloud9 used a skirmish style to shut down P1’s leads.

Cloud9 will need him to continue styling because TSM presents a much more formidable challenge. Cloud9 are a fine teamfighting team, but TSM are a step ahead of them in that regard. TSM’s impeccable macro and sense for fights allowed them to defeat Cloud9 in fight after fight in their week five meeting, something Cloud9 does not want to relive.

Even though Cloud9 was playing with a Shen in that game, TSM consistently brought more members to fights faster even while building big CS leads on the solo laners.

Cloud9’s response is to support Contractz and turn him into their star. TSM’s lack of priority in the duo lane can give opposing junglers into Dennis “Svenskeren” Johnsen’s jungle, and though Sven has shown more creativity as the split has worn on, he can be predicted and controlled. Cloud9 needs to continue showing the initiative that led to plays like this:

Contractz has a nose for snowballing leads, and when he is able to get a couple of early kills and assists under his belt he is a noticeably more aggressive player. Cloud9 should encourage that and find ways to help him be a carry.

It’s strange that a team featuring established stars like Jung “Impact” Eon-yeong, Nicolaj Jensen, and Zachary “Sneaky” Scuderi would put so much faith in their jungler. But remember—Impact, Jensen, and Sneaky have all lost to TSM before. TSM is weaker now with Jason “WildTurtle” Tran at ADC instead of Yiliang “Doublelift” Peng, and C9 would be wise to exploit the duo lane matchup. But again, they did have won the duo lane against TSM before and still lost when TSM decides to fight. They need something extra in this match if they want to be victorious.

Relying on the MVP

TSM boasts just as much star power as C9, centered around mid laner Søren “Bjergsen” Bjerg. Bjergsen is TSM at this point, as the team is built so much in his image. He is a foundation piece, a culture-setter that everything hinges on. It helps that he plays mid lane, where he can extend his influence elsewhere with aplomb.

But Bjergsen didn’t make our Spring Split MVP list. Instead, the TSM representative was top laner Kevin “Hauntzer” Yarnell. Hautnzer has long been part of TSM’s winning macro strategy. He is a chameleon of sorts, counted on to learn a wide variety of champions. His job nominally is to keep the other team occupied and manage his wave intelligently so that he can build CS leads while helping his team take objectives.

But that macro strategy previously required TSM to have three pushing lanes, something they can no longer reliably reproduce, certainly not against C9. Instead, as Hauntzer has grown as a shot caller, he has increasingly called Svenskeren to his side of the map, helping him and Bjergsen get leads by which they can carry those fights. TSM are more comfortable trading sides of the map than they were last year, and when they do get unexpected power plays, well, you saw what happened to Cloud9.

They key for Hauntzer is knowing when to push and when to be patient. When we wrote about TSM a month ago, we noted how they needed to manage their own overconfidence. They showed some of that overconfidence in the early stages last week against FlyQuest.

There is no reason for Svenskeren to be invading the FlyQuest blue. They knew that FlyQuest’s jungler was there, and Talon is always going to be quicker on the roam than Syndra. It’s inexcusable for a team as good as TSM to make mistakes like that.

TSM would eventually fight their way to a 3-0, but some of those fights were unnecessary, won only because of TSM’s superior skill. They aren’t going to be able to rely on the skill forever, especially not if they make it to MSI. Hauntzer and the rest of TSM should take a page from SK Telecom T1’s book. SKT are the prime example of a team that knows when and how to engage—and also when to pull back. It’s not that SKT never loses a fight. It’s that they have good reasons for fighting when they go in.

This should be a fun match—these teams are that even. Bjergsen vs Jensen in the mid lane is a dream matchup. Impact vs. Hauntzer is too. Seeing these two in the finals may sound like more of the same, but when that means high-level League of Legends, we all win.