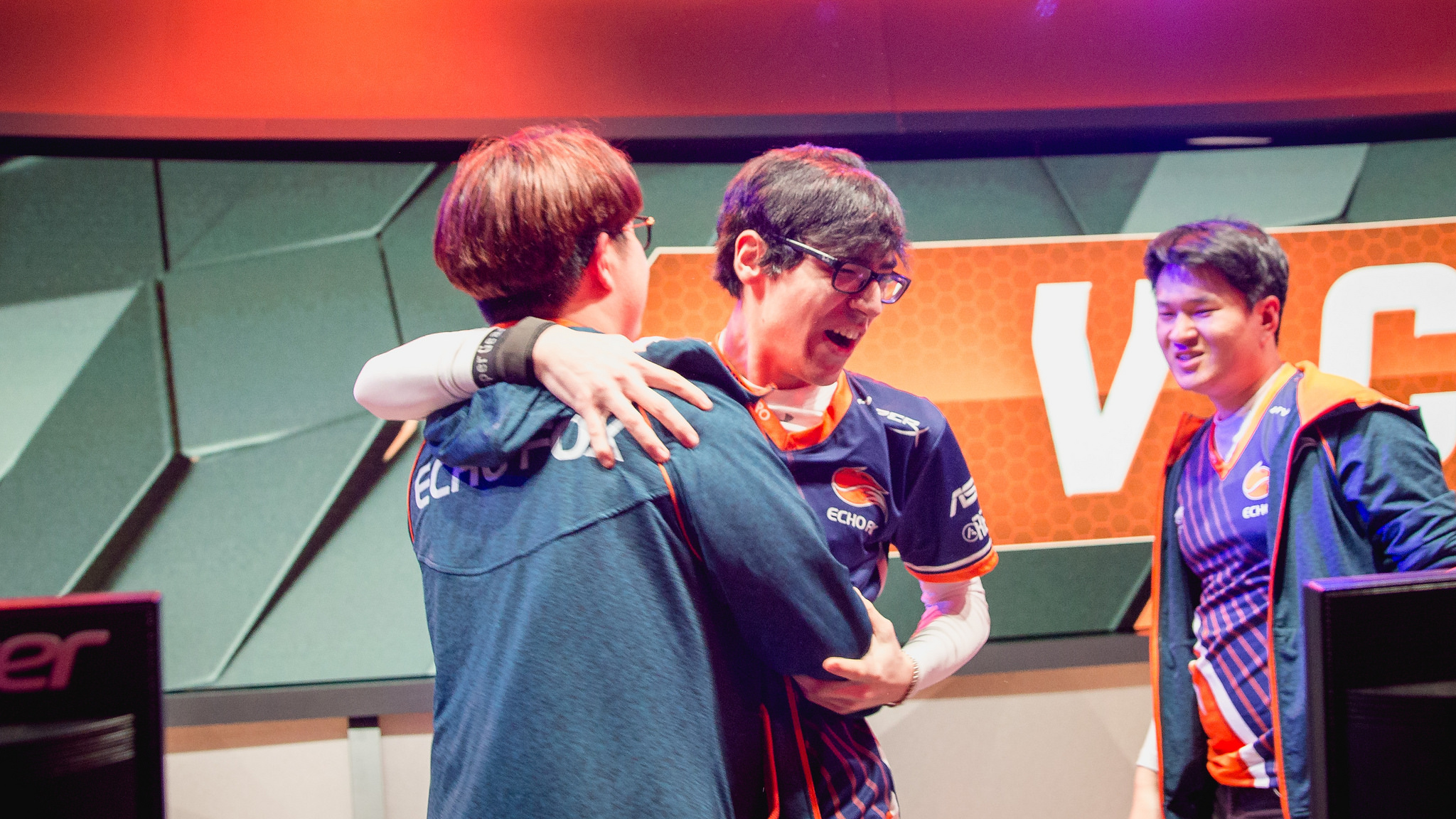 The first week of the 2018 NA LCS couldn’t have gone worse for TSM.

Two listless losses had the owner apologizing and all five players receiving criticism on social media and Reddit. A win over OpTic Gaming yesterday was only a brief respite—the team’s poor form continued despite getting on blue side, a better one for TSM, for the first time this split.

That made Sunday’s meeting with Echo Fox daunting. Not only would TSM be back on red side for the third time in four games, but Echo Fox are just playing better right now. Solid chemistry between controversial jungler Joshua “Dardoch” Hartnett and Heo “Huni” Seung-hoon had Echo Fox at the top of the league table, a place usually occupied by TSM.

Despite the long odds, TSM made several plays that gave them a huge lead on Echo Fox. They got early pressure on Huni, which allowed Kevin “Hauntzer” Yarnell to solo kill Huni’s Gangplank under turret. And solid roams from the mid laner gave Søren “Bjergsen” Bjerg several early kills. It looked like TSM’s decision to leave Zoe to Echo Fox and take Malzahar as a mid lane counter pick was working.

With over a 10k gold lead, TSM were pushing into Echo Fox’s base. That’s when it all went wrong for the boys in black and white. Facing a composition that is built to kite, TSM dove headfirst into a waiting Echo Fox team.

The biggest problem with that play was how unnecessary it was. TSM had huge waves of super minions crashing in from the top and mid lanes. Those minions would eventually take a Nexus turret by themselves. All they had to do was wait for Echo Fox to choose between saving the Nexus and defending the bot lane inhib.

Instead, jungler Mike Yeung jumped in, baiting his own team to their deaths. TSM, caught between a turret and a Gangblank ult, got eviscerated. It was all Echo Fox needed to get back into the game.

Echo Fox wouldn’t make a similar mistake after getting on the map. They took opportunistic fights and never looked back. This team very possibly could be the best in the region.

For TSM, this loss wasn’t about being on red side, or a strange draft phase, or even because they’re being surprised in the new best-of-one-format, another surprising excuse. That gold lead should have been insurmountable, no matter what. It’s getting extremely concerning for TSM fans that new issues continue to pop up for a team with a huge slate of things to fix.