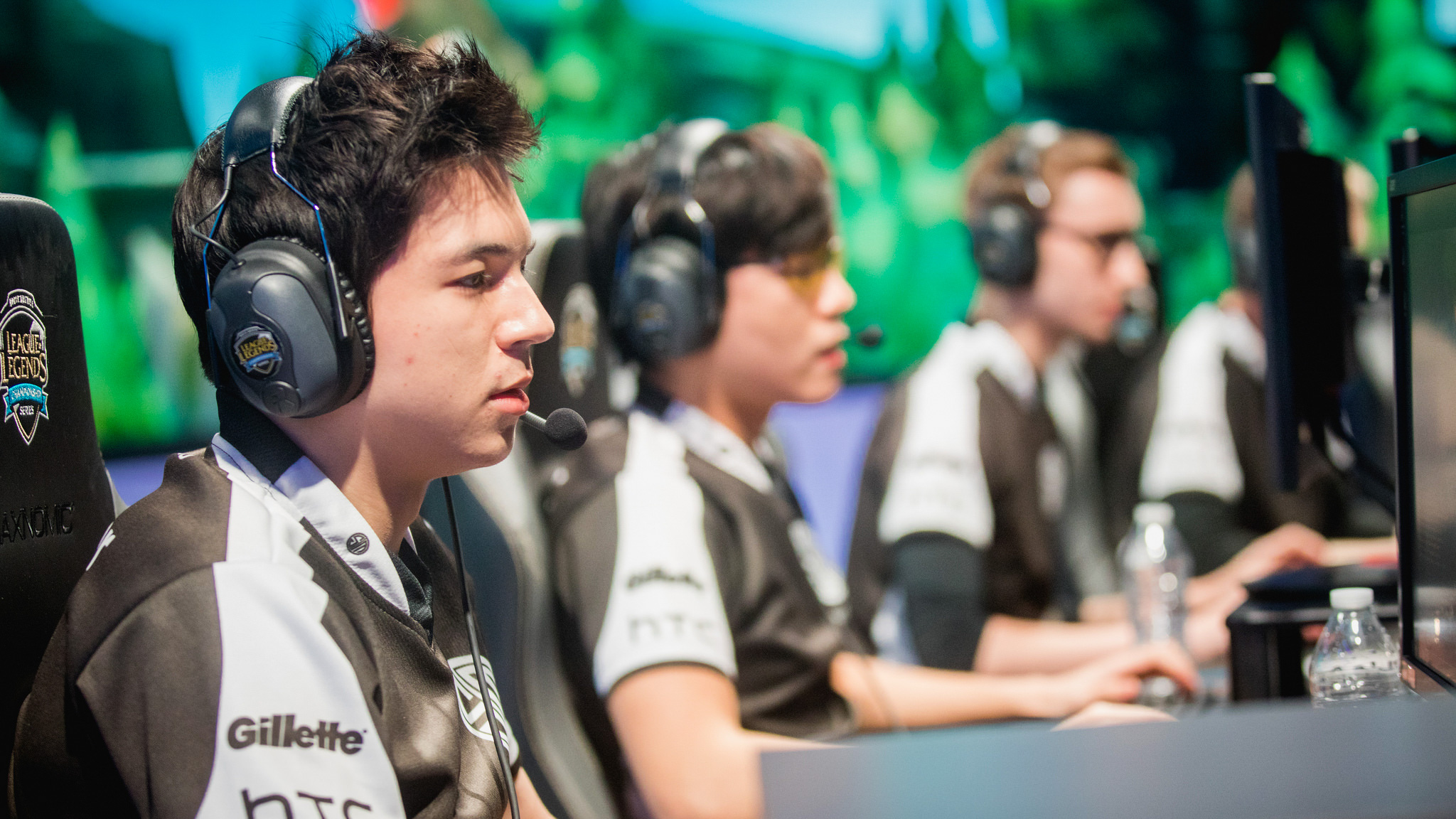 First, it was failing to get out of groups in 2015 despite a strong showing in the domestic playoffs. A hard group was a ready excuse, one that they used again in 2016. When they failed a third time in 2017, it was because of communication issues.

But now, their cracks are really beginning to show even in domestic performances. For the first time ever, they’ve gone 0-2 to start the NA LCS season. Even more concerning, the losses to Team Liquid and FlyQuest showed that even with a refreshed roster and a new coach, TSM are making the same mistakes they always have.

The sample size is small so far in 2018 and there’s a lot of competition left. But some of these issues have been obvious for years. Is it possible that this team has already peaked? We took a look at the tape to find out.

Alone in the solo lanes

League’s solo lanes are so named because players don’t have another champion constantly with them, in contrast to the duo lane. This innovation slowly worked itself out in season one and became de rigueur in season two. But the moniker is also misleading.

Solo laners aren’t supposed to be on their own. In South Korea, where League play is at its finest, players treat the solo lanes, top lane especially, as duos with the jungler. Jungle pressure, from both allies and opponents, determines how the lane phase is played. That’s why lane bullies like Jayce are so risky—lanes are never determined solely by who can push the hardest.

That lesson has been lost on North American players and teams for years. They love to bully, as exemplified by TSM picking Gnar for top laner Kevin “Hauntzer” Yarnell against Jung “Impact” Eon-yeong’s Gangplank in TSM’s opener vs. Liquid. Gnar is a great counter matchup to Gangplank, if played well.

The problem is, Hauntzer doesn’t play it well. He’s unable to take advantage of the matchup, and doesn’t even have lane control. Here Impact is pushing him off a wave that is shoving to the Liquid side of the map, a perfectly comfortable position for Gangplank.

Hauntzer eked out a minor minion advantage. But Impact ran the Kleptomancy rune on a champion with innate gold generation in his kit. Impact was more than fine—he was ahead, and on perhaps the most dangerous scaling champion in the game.

That Hauntzer lost his lane was already problematic. But his next play was downright incomprehensible. Remember that part about solo laners not supposed to be on their own? Liquid jungler Jake “Xmithie” Puchero has learned that lesson. He spots out TSM jungler Mike Yeung handing over blue buff to mid laner Søren “Bjergsen” Bjerg.

Rather than assist Bjergsen in shoving his lane before blue, Mike Yeung was more worried about optimizing his own farming path. That let Liquid mid laner Eugene “Pobelter” Park shove minions to Bjergsen’s tower before disappearing into the fog of war.

Nobody communicated that Pobelter had just left mid lane with his ultimate up and a nearly full mana bar. Hauntzer was pushing mindlessly even though his mid laner lost priority. He carelessly uses his only escape ability on a Gangplank barrel despite losing two members of Liquid from the minimap. This is the easiest First Blood you will ever see.

That’s not just a bad play from Hauntzer. It’s a disaster for the whole team, all five of whom should have been watching the minimap. That sequence showed both TSM’s lack of respect for Liquid’s strategy and their poor grasp on their own win conditions. Perhaps even more damning, it exposes fundamental flaws with how the players communicate perceive the game. The top lane being cut off from the other members has been a TSM problem for ages.

The duo lane gets involved

That play alleviated a lot of Liquid’s immediate issues. TSM’s whole strategy was to have self-sufficient top laners that would allow Mike Yeung to devote his attention to securing drakes, which he did successfully to start. Eventually, they should be able to make a four or five-man play in the bot lane to snowball ahead.

It should have been difficult for Liquid to respond with three losing lanes. Killing Hauntzer made it easier for them to sit back and scale. But things really got out of hand when TSM’s bot lane decided to feed, too.

TSM had the ability to set up bot side control for Mike Yeung. He uses available vision to invade into Xmithie’s red side, where he just missed stealing the red buff. Liquid collapsed, but Mike Yeung was fine—Shyvanna has one of the best escapes in the game, and with the Infernal Drake several minutes off, there was no reason to fight in the area.

But for reasons known only to him, TSM’s support Alfonso “mithy” Rodriguez wandered into the area all by himself. Mithy is one of the best at roaming with his jungler—on G2, he helped make Kim “Trick” Gang-yun a two-time MVP. But there is absolutely no reason for mithy to be doing this. The damage he took made the TSM bot lane an easy target for a dive, nobody else reacted, and TSM lost three members plus a turret.

After that disaster, Liquid was in total control. Liquid had superior scaling nearly across the board and the game was basically over.

FlyQuest wants in on the action

After buying a bunch of all-stars in the offseason and creating numerous memes in the process, Liquid were supposed to be good. It wasn’t surprising to see TSM stumble against them. But TSM’s second opponent of the weekend, FlyQuest, were supposed to be easier. This was their bounce-back match. Instead, it was a bounce back for FlyQuest.

In that game, TSM’s problems started before the game even loaded. Their draft phase, another longtime issue, was a disaster. They took an early-game dueling jungler in Kha’Zix with losing lanes. It was like they grossly overreacted to their loss to Liquid by going the complete opposite direction. The story keeps getting weirder for this squad.

FlyQuest were fully prepared to handle Mike Yeung’s Kha’Zix. With jungler Andy “AnDa” Hoang in his first LCS split, FlyQuest kept pinging where Mike Yeung was throughout his early clear. The fact that they did not see him didn’t matter—they knew that his absence meant he was power farming a predetermined path. Just watch the yellow pings on the minimap in this extended clip and see how prescient they are.

It’s impossible to know who’s pinging, but the control FlyQuest have over Mike Yeung for the entire lane phase is impressive. They constantly pinged his location ever few seconds throughout the lane phase. After watching the game a few times, it’s impossible to miss those characteristic ping sounds constantly in the background of the broadcast.

That control resulted in a free Rift Herald for FlyQuest after around 12 minutes. Still, TSM do have stars and their bot lane took first turret for free by outplaying the 2-vs-2. That helped Mike Yeung pick up first blood a few minutes later, and AnDa’s usage of the Rift Herald wasn’t super productive.

The next big objective for both teams was the Infernal Drake that spawned near 22 minutes. TSM’s attempt at vision control over the area shows how much they have to do to improve communication. With FlyQuest’s bot turret down, Mithy goes in alone to ward. This isn’t problematic on its own. But he does so while Mike Yeung is in base. That makes it impossible to defend the wards that he just placed.

Eventually TSM baited themselves into a fight in that area where they had precious little vision and their carries were zoned off. FlyQuest went in with four members to contest while TSM were scattered. TSM should have gone in behind their jungler who had the mobility to escape. All they had to do was wait for him. Instead, they fell one by one in classic TSM fashion.

The theme of the game for FlyQuest was to work as a team to push up the vision line and force TSM to take a bad fight. It’s the same game plan that TSM’s opponents have been employing for years.

The issues outlined above are ones that have plagued TSM for years. Lack of synergy and communication between the solo laners, jungle, and duo lane. Poor coordination between jungle and support. Inconsistent draft phases based around confusing win conditions. An inability to contest bot side control from red side.

Many pundits blamed the individual players for the losses to Liquid and FlyQuest, with Bjergsen a prime target. But the tape shows there’s not much more Bjergsen can do. He won lane against Liquid and was let down by other sides of the map. He lost against FlyQuest in what was always a losing matchup to Azir. His Xerath ults did a lot to soften up FlyQuest in teamfights—but not to the degree that the other carries, Kha’Zix in particular, could clean up.

The tape makes it clear that the issues are with TSM as a team, and not the individual players. And that’s the most disheartening thing about this. TSM should have known about these issues long before now, and yet they keep making the same mistakes. That makes it hard to have confidence in them to ever truly solve these issues.

There’s a long year ahead of them, and this team should grow. TSM fans should not panic because Bjergsen is still here, he’s still one of the best players in the region—and really, there’s no other choice. All those TSM banners hanging in the rafters of the NA LCS studio are there for a reason.

Until they fall in the playoffs, TSM are still the team to beat in the NA LCS. But beating them may not be all that hard anymore.