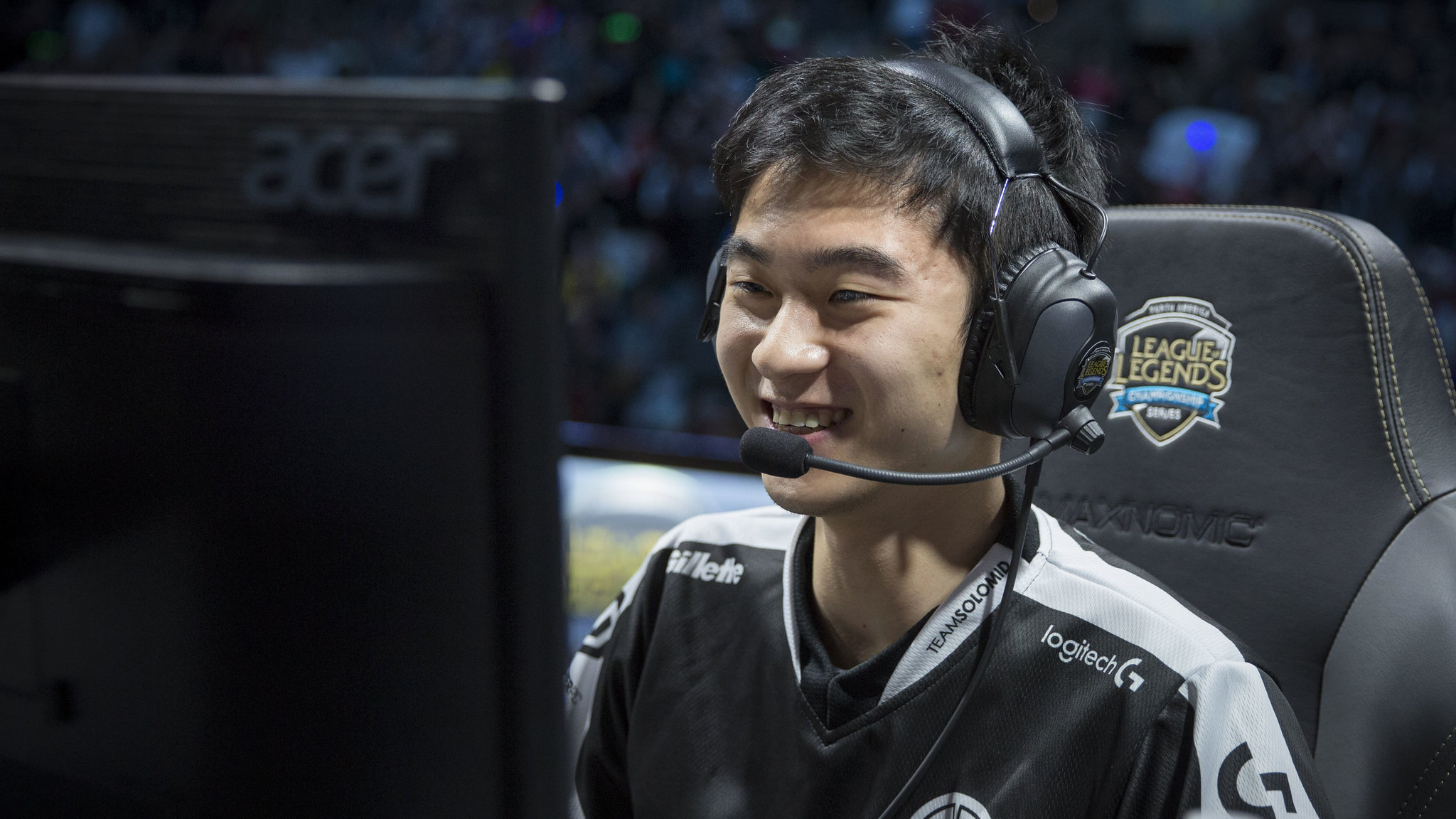 The TSM name used to strike fear into the hearts of League of Legends teams across North America. It might feel like a lifetime since we’ve seen the familiar black and white jerseys lift a trophy, but it’s only been three years.

And since then, they’ve only reached the LCS Finals once. The team was supposed to be one of the mainstays of NA and yet they’ve quickly become an afterthought over the past six seasons.

Over the past two offseasons, however, TSM has brought back two players who were instrumental in their successes—superstar AD carry Doublelift and his trusty support, Biofrost. Their bottom lane synergy was almost unbeatable in 2016 and 2017, and although their time together was cut short, they have another chance to realize their potential in 2020.

Will this reunited duo be able to lift TSM out of the shadows and onto the big stage at Worlds?

Rising to the occasion

In 2017, TSM were on top of the North American League scene. Life was good if you were a fan—the team had just come off their third domestic title in a row and they hadn’t missed an LCS Finals in their entire history.

For Biofrost, things were looking good to start off his esports career, too. In his inaugural split, he and Doublelift took over the LCS with their great mechanical skills, instant synergy, and likeable personalities. These aspects are why the 23-year-old support is so excited to link up again with Doublelift this summer.

Unfortunately, TSM never gave that duo another shot after their first season. After another failure at Worlds in 2017, they looked across the Atlantic for answers to their constant international woes by signing star European duo Zven and Mithy, while dropping Doublelift and Biofrost to free agency. It was a move that many fans now know sealed the organization’s fate for the next six seasons.

Meanwhile, the following three years went by differently for TSM’s former bottom lane combo. Biofrost eventually found a home with CLG but never reached the same highs that he experienced with TSM. Doublelift, on the other hand, went on to join Team Liquid, where he won four LCS championships in a row on a superstar-laden roster.

But with Liquid’s fall from grace last split, both players have plenty to fight for—and plenty of ground to make on the competition. Luckily, Biofrost thinks that they can pick up right where they left off in 2017.

“For the most part, I guess Doublelift has remained the same to his core,” Biofrost said. “He’s still really aggressive, [and] he’s a leader in his own right. There are small differences, though—we haven’t played with each other for almost like three years or so. He’s had a lot more experience, [and] same thing with me. We’re a little bit different, but at the same time we’re the same people, if that makes sense.”

TSM has always managed to stick around in people’s minds, even after the departure of Doublelift and Biofrost. Season after season, people wondered if TSM could finally return to that untouchable status they had years ago—and yet every time, they would fail.

This time, however, they’ve gotten the familiar band back together to give hope to TSM fans again. Bjergsen is still in good form and Doublelift looks like he’s ready to have his best season yet. But Biofrost understands that this might be TSM’s last chance to prove that they’re still a team to look up to in NA.

“I think not making it to Worlds would obviously be seen as a major disappointment,” he said. “Having two people as big as Bjergsen and Doublelift, and not making it would be very disappointing to say the least, hence that’s our main goal. It is to make it to Worlds. TSM hasn’t made it for like two years now, so we do want to make it back.”

Not everything is the same, though. TSM has some fresh faces that could make or break this split just as easily as Doublelift, Bjergsen, or Biofrost. From Spica making his debut as TSM’s starting jungler to Broken Blade coming into his own, new teammates will still run into some growing pains.

Although Biofrost only has a bit of experience playing with both Broken Blade and Spica, he believes that these challenges will help the team find the success they’ve been craving.

“Since we are a new team, you do have to go through like some pains of discovering what each person’s play style is, what their tendencies are, how they communicate,” he said. “It’s good that we’re going through it now during the preseason [and in] a couple of weeks practice.”

Every game in the upcoming season is important, he said, since all of their wins will count toward Worlds qualification. There isn’t anymore wiggle-room for top teams since they don’t get any championship points from the Spring Split anymore. As a result, there’s a ton of pressure on the team’s shoulders.

“I like the added pressure, [but] at the same time, I’m a little bit anxious,” Biofrost said, laughing. “The most important thing right now is for teams to discover a couple of comps that they feel really comfortable with. For our team, I feel like we get along pretty well, so I’m hopeful.”

TSM still needs some time to lock in, but they’ve managed to place a dream in the heads of all their fans for yet another split. It’ll take a ton of hard work to reach the pinnacle of the LCS, but there might not be another roster that’s as hungry for a championship.