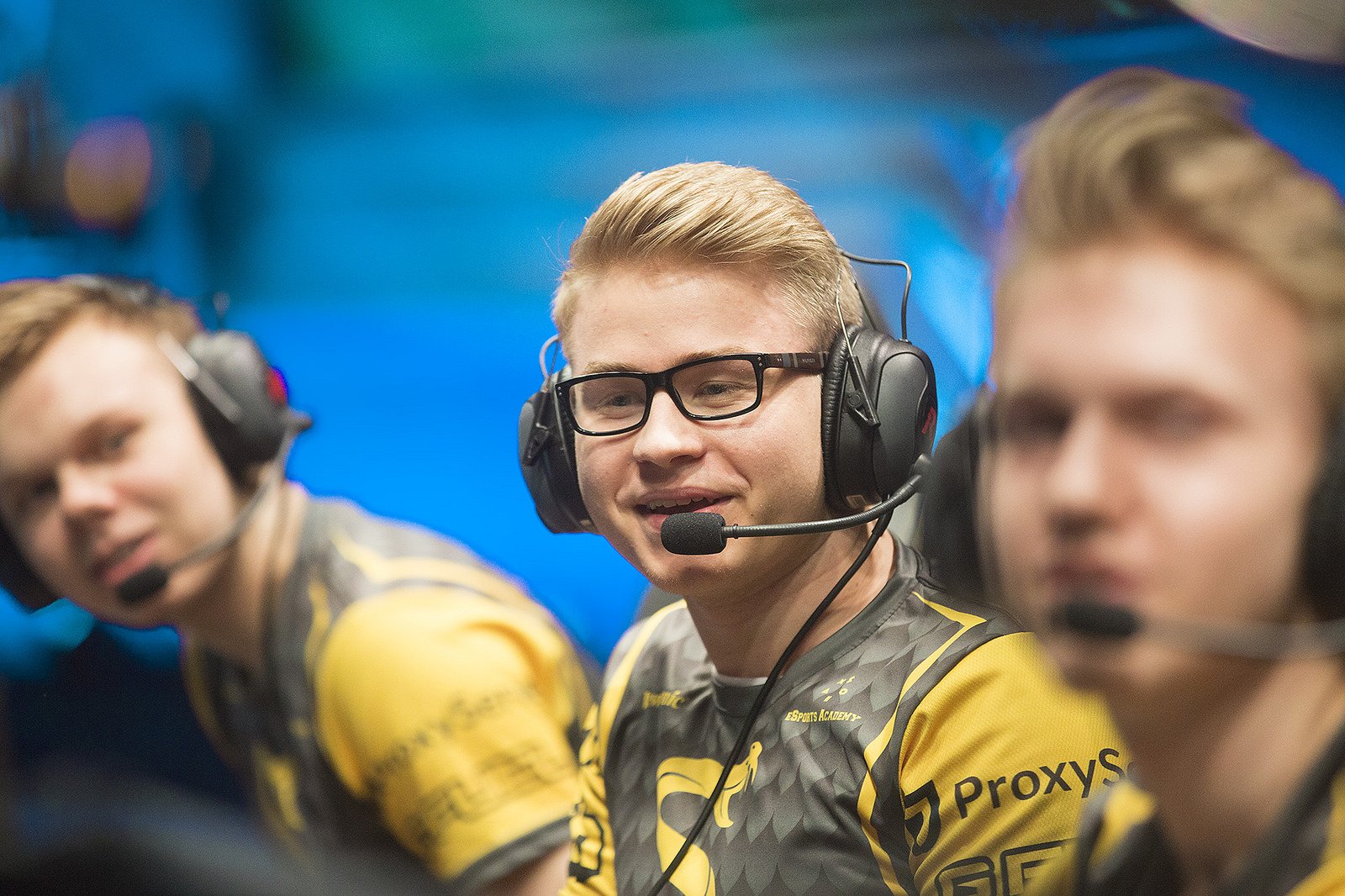 It’s funny how much can change in one year.

Last year in the European LCS, Splyce was the upstart. They went from promotions to playoffs in one split, and even made a serious run at the title. Playing with a distinctive 1-3-1 splitpush style, they figured out the standard lane meta faster than most and even made it to Worlds.

The team built on that run by keeping their entire roster together this year. With experience under their belt and growing more accustomed to playing on stage, this was supposed to be the year Splyce cemented their status as one of Europe’s best. Instead, they stumbled in the first round of the playoffs, losing in a reverse sweep to the new upstart team, Misfits.

“I don’t think our Spring Split was that good,” Splyce’s jungler, Jonas “Trashy” Andersen, told Dot Esports. “The Misfits series showed that. I still believe we were a better team at the time, but they had some standout individual performances that carried them through the series.”

Trashy is one of the Splyce members that had the most growing to do this year. Last year, he had the advantage of playing with pushing lanes that gave him easy access to the opposing jungle. This year, the team was counting on him to be something more than just a supportive jungler. It’s one of the reasons why he was one of the top EU LCS players to watch heading into the 2017 Spring Split.

Even if he wanted to play a utility style, the jungle meta forced Trashy onto high-damage, lethality-based assassins. This was a big shift for someone whose best champions last summer were tanky engage-types, like Rek’Sai and Gragas.

“[The meta] was quite a big adjustment for me,” Trashy revealed. “I was struggling to perform well on both Kha’Zix and Rengar during the split because it requires you to play more egocentric and make sure you are in a good state yourself, rather than setting up your team for success.”

It took a while for Trashy to adapt on those champions, and the jungle-centric meta meant that the team struggled. They didn’t beat an eventual playoff team until week five, when they took a 2-1 victory over Fnatic.

Related: Fnatic Academy coach expresses his feelings about being let go after making the LCS

Trashy’s individual numbers were among the worst in Europe through Splyce’s slide.

“This split was quite a mess for me personally,” he said. “[A] weak start to the split hit my confidence a lot, so that’s the main reason for the poor performances.”

But after that stabilizing week five victory, things seemed to get better. The team took a clean series against a quality ROCCAT team and even managed a game against G2 in a surprisingly close encounter.

“At the end of the split, I started playing better,” Trashy said. “I learned a lot from the meta shift and it made me a better player. I’m confident I can get back to the form I had during last year’s Summer Split.”

As for the team, they will enter the Summer Split with the same roster, but no longer with coach Jakob “YamatoCannon” Mebdi. YamatoCannon was credited with helping the team play with identity and understand its win conditions. It’s no wonder that a team with a suspect early game could still run their opponents around the map and take objectives in the late game.

“We all respect him for what he has done for Splyce,” Trashy said of his former coach. “For me personally, he taught me a lot that helped me become the player am I today. But in the end, we both knew something needed to change, and I think both parties will benefit from this move.”

With a new coach, the team will rely more than ever on the rare synergy between players to continue improving.

“We are all close friends,” Trashy said. “When we have conflicts, it’s easier to fix these issues, which is a rare thing in a lot of the teams in Europe.”

But friendship can only bring a team so far. Trashy admitted that the team’s success last summer had a lot to do with the weak level of the top teams in the region at the time. But those teams have steadily improved, proven by G2’s recent international success. Other teams like Misfits and Unicorns of Love leapfrogging Splyce had a lot to do with the coaching change.

As far as his jungle role, Trashy understands that he has a lot to accomplish to show his doubters that he can carry this team. But he is also confident that he can perform at that level.

“I got the chance to play against so many great junglers at Worlds last year,” Trashy said. “I don’t really mind who I play against, I just want to get back to playing internationally and perform better than last Worlds.”