In the aftermath of one of the most exciting World Championships in League of Legends history, fans may have been expecting an e-sports hangover of sorts. However, this offseason has already seen the first few startling lightning bolts of the upcoming storm of exciting news in the areas of player movement and organization sales.

The highest-profile movement so far has undoubtedly been the transfer of Doublelift from CLG to TSM. This movement has brought with it thundering bursts of drama, distracting fans from the significance of replacing the underperforming Wildturtle with a player of Doublelift’s calibre.

One of TSM’s biggest issues last season was the fact that no one aside from Bjergsen appeared to have the ability to step up and carry games with any hint of regularity. Doublelift therefore provides TSM with a compositional attribute that they appeared to lack last season – a second notable threat.

Of course, TSM are in the process of replacing other players, too. Dyrus, Santorin and Lustboy have all vacated their positions on TSM’s starting roster, meaning that TSM will only be keeping Bjergsen from their 2015 roster. Tthey will be building a new team from the ground, rather than improving upon their old roster.

This time last year, another iconic organization was rebuilding their roster around one remaining legend. Fnatic had lost of all of its players except Yellowstar, and fans were eager to find out which stars would replenish its roster. To the disappointment of many fans, however, Fnatic did not fork out the big bucks on four marquee signings. Instead, they picked four lesser known players.

Their top-laner Huni was an unknown Korean player, who was considered to be talented, but not by any stretch to be an outrageous signing. Reignover was the jungle signing – a player mockingly nicknamed ‘Game Over’ due to his tendency to throw games single-handedly. Their midlaner was the talented but unproven Challenger Series talent Febiven, and their ADC was the little-known Steelback.

Many predicted that this team, devoid of the big names of old, would not be able to live up to the reputation Fnatic had forged itself over the preceding years. In spite of such views, this roster became the best Western outfit in years, winning both 2015 EU LCS splits. Of course, individual players had been underrated, but there was another reason that this Fnatic team turned out to be such a dominant machine.

Fnatic picked a roster that made compositional sense. They signed a carry-centric top laner, so they needed to compensate elsewhere with regards to resource management. This happened in the bottom lane – firstly with Steelback, and then with Rekkles. Both of these players were happy to afford Huni increased jungle resources, and had the ability to adjust their own playstyles according. Steelback was content suffering significant farm deficits for the better of the team, as was particularly evident at MSI. Rekkles replaced him and went one better, managing to hold even in farm while still playing safely. This allowed Huni to receive the jungle attention his playstyle required, snowballing the popular Korean into an unstoppable force around which Fnatic won many matches.

Compositional synergy was also evident in the legendary M5/Gambit roster. Their roster revolved heavily around Diamond and Alex Ich getting to a point where they could dominate their opponents. Darien reveled to this end in his required self-sustenance, with the various ‘amazing escape’ videos created in his honour being testament to his ability to survive on his own. Genja was also known for his supportive ADC style, thriving on champions with CC such as Varus and Ashe. 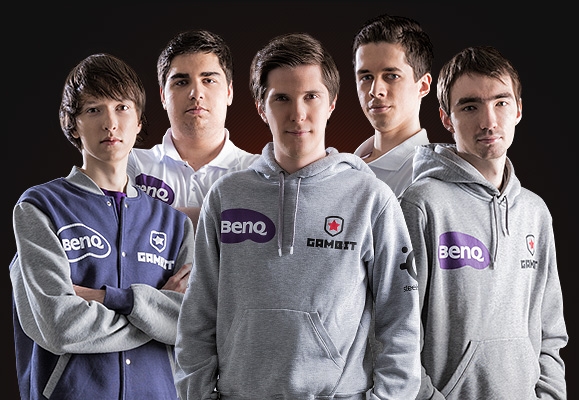 Therefore, while fans froth at the mouth at the idea of TSM Flame, it should be remembered that many of the best rosters in Western history have not simply consisted of 5 dominant mechanical gods. There is nuance to selecting a roster, a process that goes beyond simply purchasing the most talented players the org can afford. MOBA’s tend to be some of the most team-centric esports around. Therefore, picking a roster that is not only talented, but also has players that complement each other, is crucial.

With this in mind, here are some players who seem to be a good fit for particular rosters as we head into silly season.

Suggesting that Hauntzer is high up on TSM’s shopping list will be unsurprising to most LCS fans. Dyrus himself fingered Hauntzer as a good replacement for himself in the top lane. Hauntzer showed promise as a crucial member of a surprisingly successful Gravity roster. While many have opposed the move due to Dyrus outperforming Hauntzer in playoffs, Hauntzer’s reliable performances over the course of last split evidenced his potential. Gravity focused much of their resources into their ADC player, Altec. Hauntzer performed well in spite of this, boding well for his performance on a TSM roster with a similar dynamic.

Quas is one of the more underrated players in the NALCS. The laneswap meta has lessened his laning advantage, but he is nonetheless both mechanically gifted and a mature, intelligent player. These are two characteristics that make him a great fit at Cloud 9. The team originally survived, and even won, the laning phase with less gank pressure than other teams, relying on their individual ability to enable Meteos to powerfarm the jungle rather than being gank-centric. The incredible shotcalling of Hai and the polished mechanics of each individual player allowed them to shut their opponents out of the mid- and late-games.

While Meteos is no longer a part of this roster, this team has the potential to continue their strategy of old. In Incarnation and Sneaky, Cloud 9 have top-tier NALCS talent in the two other lanes. With Quas in the top lane, Cloud 9 would have a trio of talented laners who crucially have the ability to be self-sufficient. This would allow Hai to focus less on snowballing his lanes, and more on shotcalling, objective control and counterganking.

CLG were the best team in North America last season. The roster seemingly synergized well together – at least on Summoners Rift. Huhi has since replaced Pobelter in the mid lane, but one must imagine that this won’t drastically change the dynamics of the team. Perhaps Huhi will be used as a slightly more aggressive tool than Pobelter was, but beyond this they are not vastly different players.

Love him or hate him, but this season CLG relied heavily on having an ADC that could be the primary carry of the roster. Rumour has it that Wildturtle will replace Doublelift, but it would seem counterintuitive not to replace Doublelift with a similarly dominant player. Freeze is incredibly talented; he is so talented that he might even be an improvement on Doublelift overall. Doublelift can occasionally be overaggressive, whereas Freeze is much more measured in his dominance. Freeze is as close as there is to a like-for-like replacement for Doublelift that will unlikely be the cause of intra-roster turmoil.

The times ahead are exciting ones for LCS fans. There are a large number of mind-boggling moves still to come – moves that very few have predicted. When the dust settles, it will be intriguing to see which organisations will find their signings underwhelming, and which will manage to amalgamate their new players into their rosters, creating high-quality teams.