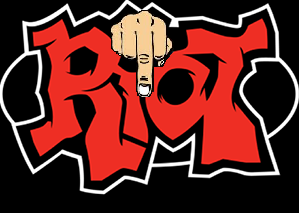 Toxicity is an ill-defined buzzword that has become increasingly common in the League of Legends vernacular. Essentially it’s a catchall phrase for negative behaviour. In game trolling? Toxic. Excessive criticism? Toxic. Racism? Toxic. Giving a playful middle finger in the background of an interview where the interviewee is basically trash talking your team? Well of course that’s also toxic. The looser the definition of a word, the less it actually says.

Don’t get me wrong. Tackling ‘toxicity’ is on the face of it an admirable goal. No one enjoys being on the receiving end of abuse, whether it’s verbal or having their experience intentionally ruined. It is in a game developer’s interest to create as pleasant of an environment as possible for their player base. The real problems arise however, when the games developer starts to battle toxicity conceptually. The recent fine Hai received, although ludicrous, is a relatively harmless symptom of a much larger and more damaging issue.

For instance bad behaviour should not be a primary concern when considering what future content should be given to the player base. If someone is an asshole they will find a way to do what comes naturally. Yet toxicity is often the primary reason that Riot will default to when deciding not to add a feature. As an example, the major reason frequently cited for not introducing voice communication, a staple in any other major team based game, is that it may be used as a vessel for toxic behaviour. It’s baffling that when considering features that would inarguably improve the experience when used correctly; they are dismissed on the basis of how they may be abused by the worst amongst us. Especially considering that toxic players are supposedly a very small minority. Who is this game for? By the same logic, why allow a written chat? The solutions to them being used negatively are identical. Add a mute function and report anyone who abuses it. If people abuse something in an extreme enough manner or frequently enough they may find themselves banned. Simple.

Likewise we saw toxicity invoked as a reason not to add a sandbox mode, the most bizarre use of the excuse to date. Whilst this was later retracted, it shows you just how much this concept is affecting Riot’s design process. People are described as toxic like it’s some kind of disease or condition, that somehow the whole thing is treatable holistically. At a certain point does not fear of abuse of the game ruin it more than the few who would abuse said features if they were implemented?

Now to be fair to Riot, there has been a shift in the right direction recently. Many of the newest champions have been released with abilities that have massive potential to be misused. Bard, Kalista, Kindred and Tahm Kench all have what one could call a troll mechanic. Introducing abilities that can affect your own team in ways that would have previously only been allowed on enemies, has opened up a massive range of possibilities in the future and has made the game far more interesting. If a player is set on ruining a game, they can do it with or without these mechanics. Instead Riot opted to give players more possibilities for interesting plays. This is the attitude that should always be taken when considering content. Will it make the game better? If yes, then do it and then deal with people who find a way to abuse it after. Or at the most prepare for them before hand. Don’t let them dictate the direction of the game.

Another area that the toxicity phenomenon has leaked into is the professional scene. Players rightly, or wrongly, are expected to be role models by Riot. One could certainly argue that as they represent the game and are paid by Riot, this is a reasonable obligation, but nonetheless I think it’s important to try to understand it from the perspective of a player that may have been labelled as toxic. A good modern example is Forgiven. Having had a turbulent solo queue history with Riot, he has found himself on the receiving end of multiple disciplinary actions. Most recent of which was his four game ban towards the end of the EU LCS summer split. The reason cited was that he had shown “a pattern of negative behaviour including verbal abuse and discrimination on his multiple League of Legends accounts”.

Now, I’m sure a lot of us can relate to becoming frustrated at our team mates when playing the ranked ladder. Sometimes it can be hard not to verbalise criticism in those games where you have a player who refuses to co-operate or listen to anyone, or keeps making poor decisions. It’s not fully justifiable to react and it can be handled in a better way than many do, but it is natural and frustration and profanity are part of pretty much any competitive landscape. Unlike with regular players however, pros are expected to practice a lot, every day. It’s their job. As such where a normal player may take a break or even leave the game for the day, they are obligated to keep going. The environment in which they have to train is frequently filled with trolls and people who don’t have the same level of investment in the game. I would be inclined to give them some leeway in terms of excessively critical and sometimes rude behaviour. However, in the case of discrimination there is a clear line. There are things you don’t say and racism, homophobia and other particularly disgusting insults should be out of bounds and punished harshly. I do not have the logs for Forgiven so I don’t know what it was he was doing or saying. However, what I do know is that it couldn’t have been that extreme.

A four game ban is not a significant punishment of itself. However the repercussions of such a move affect the entire team and were administered at a critical time in Gambit’s play off run. Whether or not they would have made it, if they had their full roster, will now forever be a matter of speculation. Which I believe is disgraceful. In League of Legends use of a sub is particularly damaging to a teams performance. Very few teams even utilise subs and when you are forced to you’re not only losing 1/5th of your team – you’re losing synergy and quite possibly team identity. As such giving a player a short term ban seems a needlessly harsh punishment, considering it hurts the organisation more than anything and as such can demonise a player when being considered in the future. A fine is much more reasonable.

If a player’s behaviour is terrible enough to merit a ban, it should be a substantial one. Short term bans seem an inconsistent punishment. If they come at a time when your teams’ position is cemented, they are basically irrelevant – a little frustrating but with no lasting impact, a slap on the wrist. However if they come at a time like with Gambit, they damage the competitive integrity of the League and what for? So that some people in solo queue don’t emulate behaviour that wasn’t even visible to them in the first place? Why not just treat him normally? If he is toxic enough to be banned from the game like a normal player, then no special treatment do it. Go through the process, warn him, ban an account, ban him entirely. If not don’t punish his career needlessly by sending a message motivated by this bizarre war against toxicity. Just like the War on Terror it’s a meaningless slogan for a series of much more complicated issues.

The focus has become so intense, so overbearing that players are monitored to a ridiculous degree. Trash talk is an incredibly fun part of gaming and entirely natural. Pros and players alike should not be punished for a little mean spirited joking. The community is becoming far too mollycoddled. For those who play other games like CS:GO or DOTA they know how bad voice communication can be. They also know how easy it is to deal with. Sometimes it’s funny, sometimes it’s infuriating but never once have I thought this game would be better without it. Saying “GG EZ” is not the same as playing disco Nunu. Context is essential. Hai’s finger was a light hearted bit of banter that any normal person found funny. Yes there are rules about gesturing opponents, yes these are justified but mindless adherence to rules regardless of context is moronic. Use some judgement. Lighten up.

In concluding, by all means, punish actually abusive players. Try to minimise potential abuses where it’s possible. Examine champion select hostage situations, game trolls and AFKers. Emphasise rewarding the good player, empower him. Focus on adding a sandbox mode and a replay system that incorporates a rewind function for pro level play. Stop focusing so heavily on toxicity as a whole and put the state of the game first, put competitive integrity first. What is best for the game, its viewers and the competitive scene? That’s what really matters.