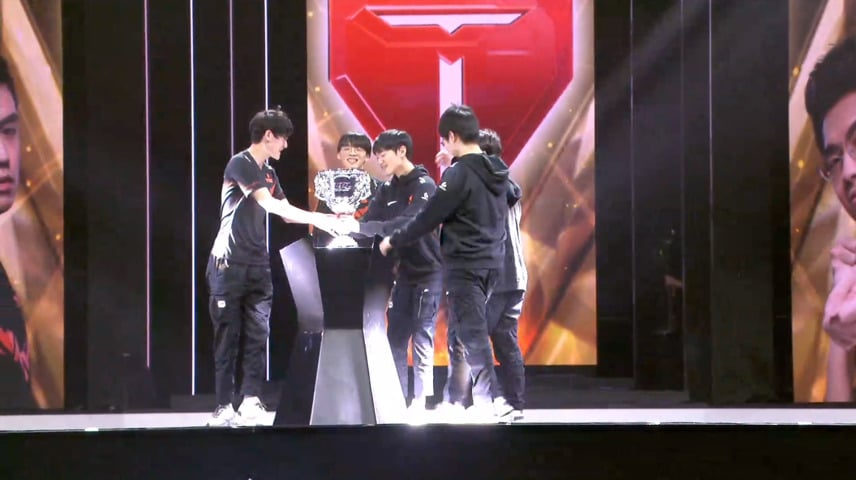 Top Esports won one of the most turbulent best-of-five series in competitive League of Legends so far this year to earn the 2020 LPL Summer Split title today. Their 3-2 victory came after a hard-fought battle against spring champions JD Gaming, with the rematch of the Spring Split finals seeing TES finally pick up the title they were denied earlier this year.

Although TES eventually won the series, it wasn’t an easy victory. The series went all five games after creative drafts from JDG secured them victories in games two and four. With TES drafting an almost exclusively attack-damage focused composition in the fourth game of the series, JDG threw a curveball at them with the off-meta Malphite pick for top laner Zoom. With two mountain dragons under his belt, thanks to aggressive early pathing by jungler Kanavi, TES’s composition simply couldn’t deal with the top lane behemoth and took an uncharacteristically crushing defeat.

It wouldn’t have been an LPL finals without some creative level one trading, though. Games one and two saw more than a kill per minute within the first five minutes of each match. With fighting around early objectives forming such a crucial part of the LPL meta this split, early skirmishing junglers were the name of the game in this series. Game three saw Karsa on Gragas for the first time this split, giving the Rabble Rouser only his second stage game in the LPL Summer Split. But the rest of the series saw teams swapping between Nidalee and Graves, both of whom provide massive amounts of carry potential.

Drafting is always a key factor of any best-of-five series, but it can’t win you every game—and the final game came down to a pure test of skill between both teams. Knight finally pulled out the Syndra pick that brought him so much success in the regular season, sitting at a 100-percent win rate and KDA of 16.2 after six games. Despite JDG Zoom’s early-game dominance, netting him two kills at 10 minutes, TES rode out the game and allowed their scaling ADC, mid, and jungle picks to gain momentum. And with the snap of their fingers, a single perfectly timed Ashe ult by JackeyLove allowed TES to secure the Elder Dragon and Baron in quick succession, bringing the roster their first LPL championship.

This win sees superstar AD carry JackeyLove collect his second LPL title, with his previous championship coming from his time spent on Invictus Gaming. But the MVP of the finals went to mid laner Knight, who picked up his first LPL title since he entered the league in 2018.

He’s long been considered the best mid laner to never appear internationally. But now, he’ll have the opportunity to make his mark on the international stage.

With this victory, TES enter the 2020 World Championship as China’s top seed. JDG will be the region’s second seed, while the LPL’s third and fourth representatives are yet to be decided.