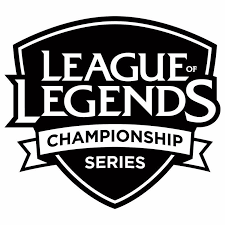 ‘Don’t cry because it’s over, meme because it happened’ – Dr Seuss

Lolesports.com’s power rankings have been a source of much disgruntlement between fans and twitter analysts. Every week, Fnatic would edge closer to a perfect regular split in the EULCS as well as moving closer to the #1 spot in the international power rankings. This, although rustling the jimmies of many Korean and Chinese analysts, was not the most significant meme that Mirhi created.

The first line of the 7/7/2015 power rankings read ‘In some ways, we are witnessing the golden era of competitive League of Legends.’ This statement, meant merely as a hype introduction to an otherwise bland article became infamous. At every opportunity, a misplay during an LCS game or, to be quite honest, any NME game, this line would be spammed on every social media available by every twitter analyst you can think of. For this reason it takes a spot on the Top 5 list.

A more recent cause of outrage, the lack of a sandbox mode, has also become a popular meme in the reddit and twitter community. Riot released a statement on why they didn’t want to release a sandbox mode, basically saying it would ‘encourage players to get better’, the horror. This ‘Riot pls’ post received responses from dozens of pros and analysts and has become a regular meme throughout reddit.

Competitive integrity is an enigma. No one knows what it is, not even those at Riot who coined the phrase. After extensive research the community of twitter analysts has decided that ‘Competitive Integrity’ is the phrase Riot use when they want to make drastic and illogical changes for no apparent reason.

Introducing 4 new broken champions to the game before the biggest tournament of the year? Competitive integrity.

Banning Forg1ven just before playoffs when his team looked like a contender for Worlds? Competitive. Integrity.

Konstantinos “FORG1VEN” Tzortziou was, in the EULCS Spring Split of 2015, the AD Carry for SK Gaming. Throughout the split SK was dominating the competition on the back of Forg1ven’s play, when asked in an interview if he believed that him and nRated were the best botlane in the league he answered simply, ‘By Far’. These two words, whenever mentioned, would be spammed in twitch chat endlessly. Every time Forg1ven clicked a minion, which happened rather often, it would happen. My 2nd favourite meme by far.

When thinking of Austin “Link” Shin, it is difficult to think of a single meme. He is well known for choking in playoffs, playing hearthstone and doing anything other than being a success on Counter Logic Gaming. It is quite fitting that his most important contribution to the community came in the form of a 17 page long google docs essay following his retirement from the team. This essay included memes such as ‘Just a sivir comp’, which became a popular joke amongst analysts on the LCS desk and on twitter. As a former follower of CLG and Link hater, the end of his career holds a soft spot in my heart and he therefore takes the #1 spot on this list, which is now donezo.