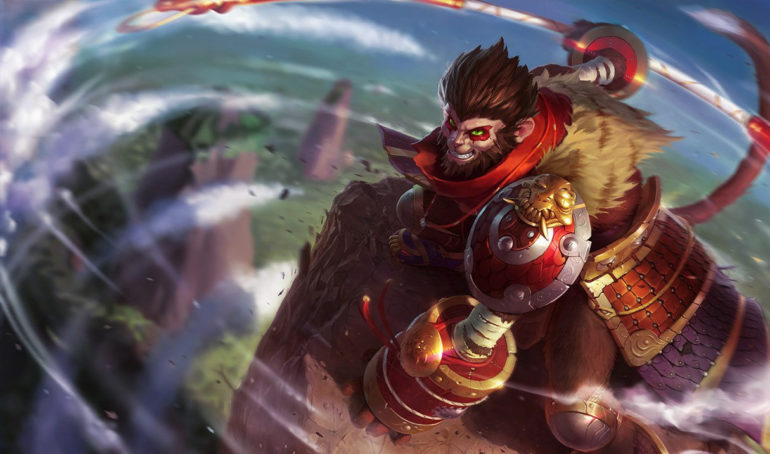 Another day, another Wukong PBE change.

Wukong’s reworked passive gives him a shield equal to a percentage of his maximum health whenever entering stealth or a brush. While the passive previously didn’t trigger if enemies had vision of the brush, Riot devs are now testing having the shield always proc.

The cooldown of the top laner’s passive shield will now scale with level as well. It’ll proc every 16/14/12 seconds at levels one, seven, and 13, respectively.

The cost of Crushing Blow (Q) is going up by five, while the cost of Nimbus Strike (E) will decrease by five.

These changes aside, the champ designer claims that the dev team “feels pretty good” about both assassin and bruiser Wukong builds. League devs are likely taking their time with the champion’s rework to make sure he’s balanced within the current meta.

The top laner has the potential to take over a match with his game-changing ultimate ability, especially when building full damage. But low numbers can also make him irrelevant and cause him to get bullied in lane.

There’s no set date on when the rework will hit the live servers, but Lutzburg’s comments that VFX and animation are “underway” bodes well for Wukong fans.