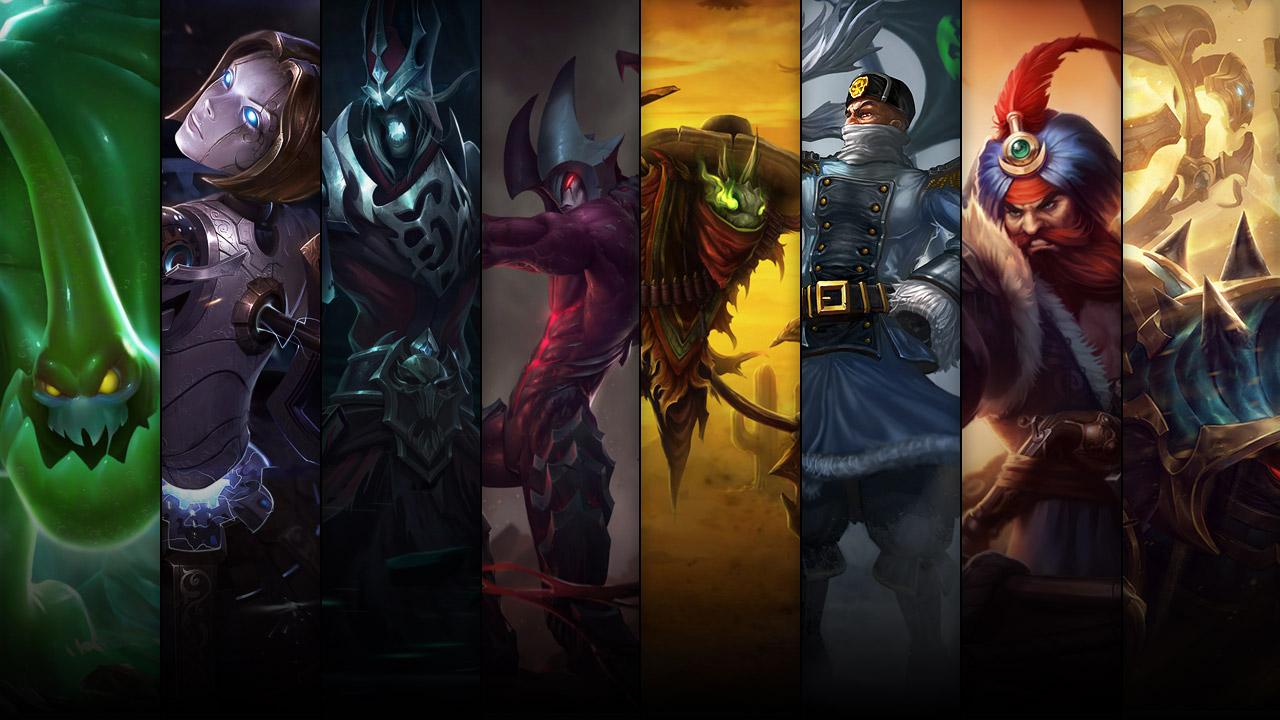 Last week’s champion and skin sale offered a ton of strong meta options for aspiring top laners. Kha’zix was included, and he hasn’t been a weak champion in months, so there was even an option for junglers. This time, unfortunately, the sale isn’t so hot.

Don’t get us wrong, there are a couple strong ones. Orianna and Zac, for instance, are certainly viable options that can carry their fair share of solo queue games. But then, we noticed that Aatrox is on the list, and he tarnishes the whole thing.

Orianna had been dominating the mid lane meta up until recently. Control mages ran the show, and she was possibly the best control mage in the game. Unfortunately, many control mages were nerfed at once in one of the latest patches, and Ori didn’t make it through unscathed. She’s still strong, but noticeably weaker. She’s a solid pick into pesky assassins for her ability to peel for herself and poke them down.

Just like Orianna, Zac was at the top of his game until recently. Following nerfs to both Maokai and himself, Sejuani rose up as the jungle’s strongest tank. Zac has fallen to the wayside, but he is still good in the right scenario. Unlike Maokai, Gragas, and Sejuani, Zac doesn’t deal any damage in ganks, but if your team doesn’t need their jungler to deal damage, he’s the best crowd control machine in the game.

It’s all downhill from here. Despite nerfs, Orianna and Zac are both viable options. Karthus—not so much. He’s potentially the best team fighting mage in the game thanks to his ultimate, but his laning phase and roaming are so horrible that you can’t really justify picking him. He’s pretty fun to play, though, so there’s that.

If you thought our description of Karthus was bad, just keep scrolling, because nothing good will be said here. Aatrox is a garbage bag of a champion. His kit doesn’t feel good, his design makes no sense, and he isn’t fun to play. Not only that, but he’s weak. There’s a big rework coming for Aatrox to fix all of those issues. So if you want to buy him now to make sure you have him after his rework, that would probably be the only passable reason to pick him up.

Even if it’s not Gangplank’s best skin, Sultan is still pretty cool. It doesn’t alter his abilities or effects much, but his get-up and barrels are all given an Arabian Nights makeover, complete with feathered hat, baggy pants, and pointy shoes. It’s on sale for 487 RP.

Guardian of the Sands Xerath

This is one of Xerath’s best skins, and it alters his abilities, sound effects, and more. It’s hard to say Xerath’s skins are much better than one another, since they all effectively just change his color from blue to something else, but this one has some bonuses. The pieces of runes that make up Xerath’s being are also altered, and all of the new effects bring this skin a notch above his others. It’s on sale for 675 RP.

Northern Front Swain, like most Swain skins, is pretty bad. When it came out, it was pretty awesome, but it hasn’t aged well. Swain as a whole is very outdated, and he doesn’t look nearly as cool as many modern champs. He will be receiving a full-fledged champion update soon, though, and if Galio, Warwick, and Urgot’s reworks tell us anything, it’s that this skin may become quite badass. That being said, it may be worth picking this up now if you’re a fan of Swain. It’s on sale for 375 RP.

This skin is essentially normal Fiddlesticks but dressed in a poncho and comically large sombrero. If you find that interesting or funny, this skin is on sale for a very cheap 260 RP.