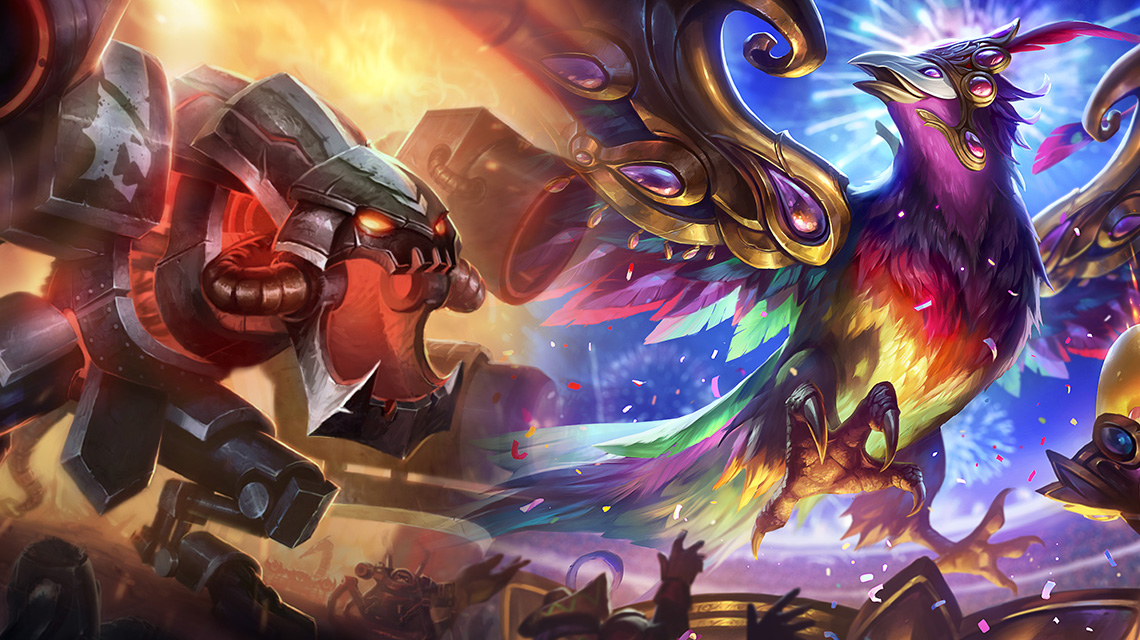 Patches are long at times. Sometimes, we just want to know what’s going on. So down below, I’m going to quickly summarize all that was said in the recent 7.4 League of Legends patch in the least amount of words possible.

This patch is set to bring tons of stability to the client and practice mode, as well as a host of other changes. Some of these alterations are worth noting, but some, like all Yordle artwork being changed so they have four fingers, not so much.

This is the biggest surprise of the patch, with Riot updating the champion in a small way to make him stronger.

Feast can stack infinitely against champions and epic monsters, and stacks no longer fall off on death. Feast’s ability power ratio went down, but a bonus health ratio was added.

They have updated Feast to boost the cool aspects of Cho’Gath’s colossal, slobbering Void monster fantasy, while removing the frustration of losing stacks when killed (it was a pretty terrible experience to reverse-snowball after a death). This makes Cho less of a gamble, while making tank builds feel like a good choice.

Bard’s been away from the rift for a while now (*sad chimes*). To help the golden boy out, Riot is boosting his wandering skills to help Bard do what Bard does best: roaming and playmaking.

Riot is toning down Missile Barrage’s contributions to the first two, but leaving the Big One intact as an impactful moment for Corki and his opponents to play around. To that end, Riot is adding a tracker for Corki’s progress toward the Big One, so foes can react accordingly.

The slow on Curtain Call still works as a set-up for his team to dive in, but won’t allow him to single-handedly kill squishies by spoon-feeding him every ult shot.

Katarina had two more base MR than she was supposed to. Whoops.

Maokai will still be a mighty oak in the late game, but unless he branches into some early mana items, he won’t have the resources to farm and fight if he’s on the losing side.

Now that Lethality’s found its place in the stats system, we’re bringing Ghostblade in line with Dirk’s other upgrades.

Swapping Caulfield’s Warhammer for a Kindlegem works out well for champs who need to live long enough to cycle through several rounds of spellcasts, versus champs who want to down their target in one go.

We’re letting Last Whisper serve as that reactive purchase all on its own, at the expense of effectiveness against targets without armor to pierce.

We’re making Lord Dominik’s far less tolerant of Cleaver’s bonus health. Fortunately, this shouldn’t impact champs who are happy to buy Lord Dominik’s on its own.

Wards now grant full gold to both the player who revealed them and the player who killed them (bonuses don’t stack if the revealer also kills the ward).

Riot wants champions to be fairly rewarded for setting up the plays that lead their teams to victory at the expense of their own leveling.

There’s a fine line between “working towards first turret is a valuable goal” and “let’s just always five-man gank bot.”