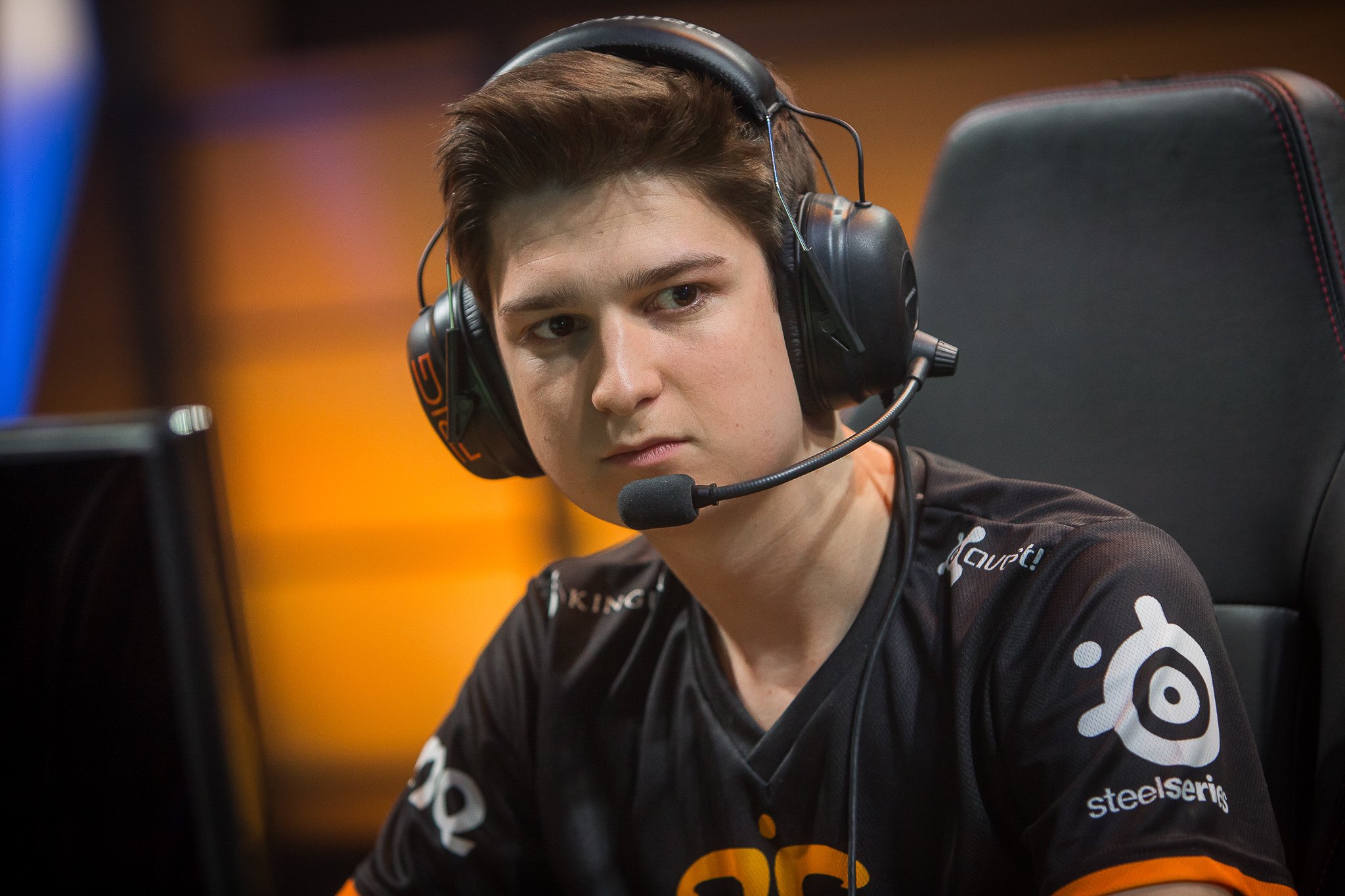 As the first weeks of the 2015 EU LCS Spring split came and went, Europe found itself in the darkest time-line for the Mid lane, the premiere position the region had always been celebrated for. xPeke was down in the EU Challenger circuit; Alex Ich was off hoping to qualify for the NA Challenger circuit; nukeduck was flopping in his return to the LCS, shying away from the bold style which had made him famous; and Froggen, the ever consistent and reliable, was in the worst slump of his career and seemed uncharacteristically shaken. The only EU Mid laner who could be considered to be playing to a great level was Bjergsen, who was off rampaging over the NA LCS.

PowerOfEvil had been hyped, thanks to his infamous slaying of Bjergsen at an IEM late in 2014, and his performances were good but not necessarily marked as a guarantee of greatness. Unless one of the old greats changed teams or had a turnaround in form, Europe may well have found itself without an elite level Mid lane representative for the first time in competitive LoL history. Then along came Fabian “Febiven” Diepstraten.

The young Dutch player had been known for repeatedly rising up as a Challenger scene talent in 2014, clearly skilled, and just as routinely breaking down in the key promotion matches which could have gotten his teams into LCS. In two separate Promotion Bo5 series, less than five months apart, he flunked so hard as to deservedly earn the label of being a “choker”. A play-making star in Challenger games, in each of his promotion attempts he had secured only two kills over three games of play. Prior to the latter attempt, Febiven had boldly predicted, in August of 2014, that in half a year he would be as good as Froggen and xPeke, two legendary members of the EU trinity of great Mids (along with Alex Ich). The H2k star seemed both delusional and defective.

Domination of the EU expansion tournament, essentially a last chance saloon for teams who had failed to qualify for LCS the usual way, was hard to analyse as any change in his person, violating teams who were not considered good anyway. Leaving H2k, right after qualifying them to LCS, to take a spot on FNATIC, put him in the unenviable position of being expected to both replace the aforementioned xPeke and come under direct comparison with him. With the rest of the new recruits being two practically unknown Koreans and an ADC not even considered a Challenger prospect, Febiven would be exposed entirely as an inferior player if he delivered anything less than a top level performance. Impressively, he would exceed all expectations.

As the split went on, and FNATIC battled to keep apace with the powerful SK Gaming line-up, it was easy for fans to get distracted by the play of Huni, a rookie Korean who was dominating his position and whose bold plays seemed to be the catalyst for FNATIC’s wins. Yet, beyond the flash of the Top lane, Febiven established himself as FNATIC’s best player. To fully appreciate his play, one must consider his role within his team and the resources at his disposal.

Huni’s forceful play-making had been greatly aided by an immediate synergy with Jungler ReignOver, who is both a fellow Korean and seemingly understood the importance of ensuring Huni was strong in the early game, to facilitate his style in the mid-game. In the bottom lane, YellOwStar was also working with a fellow countryman, as ADC Steelback seemingly understood his role in playing a conservative style and letting the veteran shot-caller roam and decide the pace of the game.

With those two duos and their complimentary playing styles in place, Febiven was in some ways a man left out on an island. Alone in the Mid lane, with Koreans speaking Korean on the top side of the map and French being spoken in the bottom lane, he would need to display his talents both as a one vs. one player in the laning phase and then a play-making and threat in team-fights from the mid game onwards, as FNATIC would routinely group and find fights. In both respects, Febiven showed himself to be not only one of the West’s best Mid laners, but one if its best from any position. Had FORG1VEN not been so monstrous in his individual domination of opposing ADCs and his impact on SK’s wins, then a case could easily have been made for Febiven as the Most Valuable Player of the split.

In the play-offs, Febiven again showed the vital role he played in the team, as FNATIC would walk a tough road to numerous losses through to the championship. The wins and losses can practically be synched up directly with the play of their Mid lane star. As Febiven went, so went FNATIC. Still, his most impressive feat was not to be becoming a champion in his first LCS split, almost making good on his prediction.

At the Mid Season Invitational, FNATIC came in expected to be shown up by the best Korean, Chinese and North American teams. Instead, Febiven would leave Tallahassee another step along the path to legendary status as a Mid laner. In the group stage he out-dueled Bjergsen but floundered against PawN. Then came the final boss: Faker. The best player in LoL history, certainly the scariest to face, received a respectable performance from Febiven in FNATIC’s group stage loss to SK Telecom. In the semi-finals, in a full Bo5 against the god of LoL, Febiven would deliver the best performance by a Westerner against Faker in the game’s history.

After failing over and over in 2014, the fragile little choker from H2k now contends for the title of the best Western player. With an LCS championship and one of the best Western performances at an international tournament in the LCS era, Febiven has fast-tracked himself along the road to greatness. Bjergsen should watch his back.