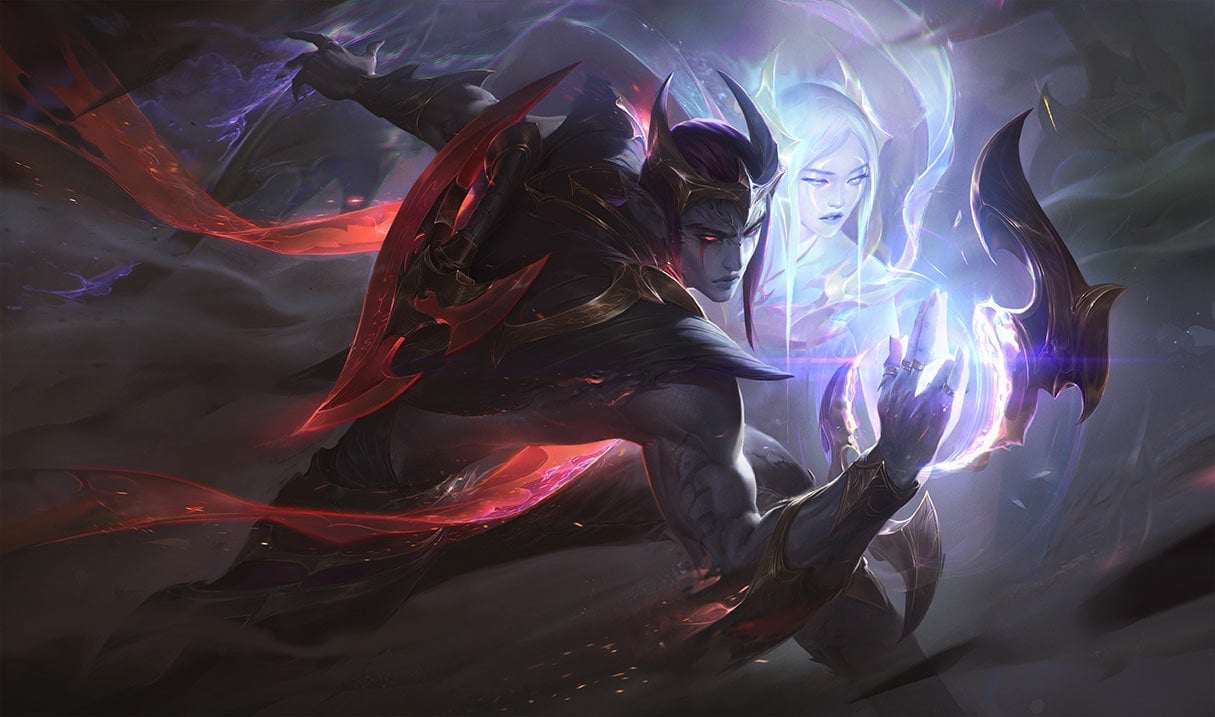 Over the course of the past month, 24 teams have been shaved down to four at the 2022 League of Legends World Championship. Only the best squads remain, and only the best champions have taken their place as the premier picks of the tournament, including two priority choices in the bottom lane.

Aphelios and Lucian have had the biggest influence as AD carry picks throughout the event, from the start of the play-in stage to knockouts. Only one of them, however, has maintained their position as the superior pick from the highly-competitive group stage to the explosive quarterfinals.

The Weapon of the Faithful has taken its 200-year nickname and ran with it, becoming one of the best choices for any top-tier marksman at Worlds. Rarely banned but always powerful, Aphelios had the second-most games played through groups and a decent 56 percent win rate to boot, according to League stats aggregate Oracle’s Elixir.

In a similar vein, Lucian quickly became a problem for many teams as a destructive force alongside Nami, which has been a popular support pairing for the Purifier. The champion was tied for the fourth-most games in groups, while also boasting an even more impressive 73 percent win rate. Even though the combo was hit with nerfs, they were still a deadly duo with a ton of early-game damage and playmaking potential.

Heading into the knockout stage, however, Lucian and Nami win rates fell off a cliff. In draft, teams were still scared of the duo’s potential, with the AD being banned in 87.5 percent of games through the quarterfinals. He managed to slip through the draft for seven matches alongside Nami, but according to Oracle’s Elixir, both their win rates over those seven games equaled out to a measly 29 percent.

Aphelios, on the other hand, maintained his winning ways with a 56 percent win rate over nine games, which is also the most games played by any champion in knockouts so far. He also has the highest early-game farming stats of any champion played more than once in quarters, while also averaging 564 damage to champions per minute.

As the semifinals approach, we should see these two champions take control of the draft when T1, Gen.G, DRX, and JD Gaming all take the stage this coming weekend.