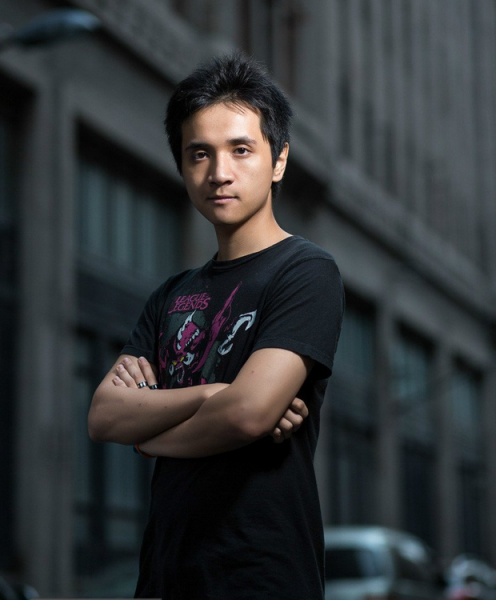 After a taking a lookback, it’s become clear that there historically has been talents in NA. If names like Bloodwater, mancloud, Xmithie, Meteos, Sneaky, and Altec could rise to prominence, it stands to reason that a new generation of stars is just waiting in the wings. Indeed, a quick glance at the Challenger scene shows many mechanically proficient and talented players just waiting for a chance. Unfortunately, the current structure of North America actually makes it very difficult for new talents to get a fair chance at the professional leagues.

This article will take a look at North America’s incentive system and infrastructure to get a better idea of why it’s difficult for new players to break in.

Issues with the Coke Series

Riot has really helped the Challenger scene by introducing the new Coke Series. Creating a tournament infrastructure and streamlining LCS qualification helps everybody, from the fans to the players. Unfortunately, the Coke Series also comes with some pretty significant problems. Although a lot of fans have come to refer to the Coke Series as the “Coke League” the series isn’t a league at all but rather a tournament. Even worse, the Coke Series games are actually worth very little and provide little incentives for players to play. The Series comes with a fairly low amount of money and very little exposure. The money problems will hopefully solve themselves as LoL gets larger and its unreasonable to expect Riot to push a lot of money into supporting the minors as well as the majors. However, the lack of exposure in the Coke League has a lot to do with management issues on Riot’s end.

A recent interview with a D-League coach in the NBA revealed that almost all D-League players and coaches view the league as a place to audition for better spots in the NBA. The NBA features a different system where teams don’t all move into the NBA together. Rather, players get in off of individual player call-ups. In my interview with Coast mid laner LOD (back when he was on Team LoLPro) he explained that most amateur players viewed the Coke series in the same way. He said that unless he was certain his team would qualify for the LCS, he would much rather take the LCS call-up and the guaranteed money. This makes it extremely important for Riot to promote Coke series players both to possible fans and to possible teams looking for upgrades. The Coke series is a great way for Riot to help struggling young stars get more fans. However, the company seems to promote well-known players more than the hidden talents. For example, the last few promotional series videos (in the last LCS season) focused on famous figures like Saintvicious or maplestreet returning to the LCS. Those players have wide fan followings who already know this information about them. On the other hand, a star player like LOD has recieved little attention in spite of his game-winning backdoor play on Team Coast. (No, I would not consider CaliTrololz a little-known player.)

Another issue with the Coke Series has to do with overall poor tournament infrastructure and DDOS issues. The first round (the round of 20) is played in a Best of 1 format. Best of 1 is an extremely problematic approach to competitive LoL, especially when a player’s livelyhood is at stake. Just last season, tournament favorites Team 8 were crushed by Fantasia’s innovative lineup of Fiddlesticks jungle + Soraka mid. Fantasia deserves credit for such a creative team comp…but certainly not one series worth of credit. The promotion series is arguably more important than the World Championships to these teams. Imagine the ridiculousness if Uzi cheesed the World Finals best of 1 with an Urgot. Building off of that, the tournament also suffers from pretty serious DDOS issues. Teams are constantly disconnected from games which will determine the direction of the next year of their lives. Teams can try their best to protect themselves but solutions are overall still difficult. Riot can’t afford to play all games on LAN and even using a hidden time can lead to moral hazard issues wherein teams DDOS their opponents themselves. A large part of Nyjacky’s retirement was due to frustration dealing with DDOS issues.

Overall, teams don’t recieve much money or publicity from playing in the Coke series. They do it because they have to win to make LCS, but they don’t get nearly as much out of it as they could be getting. At the same time, they have to deal with a treacherous tournament structure and frustrating DDOS issues. Consequently, the Coke Series is not the best vehicle to grow as a Challenger player and disincentivizes Challenger careers.

Second off, players generally have an extremely difficult time breaking into popularity. This comes from a wide variety of issues (including Riot’s aforementioned lack of publicity.) At the moment, gaining popularity is a very big uphill challenge.

One example of this is the Reddit paradox. Reddit monitors self-promotion and has also banned stream links. They argue that this has helped the community because it stops content creators and streamers from spamming the subreddit with their links without contributing to the community. At the same time, this has also made it somewhat difficult for new stars to gain popularity. Outsiders will constantly link stream events, announcements, and vlogs from well-established stars. On the other hand, newer players have a hard time promoting their play montages or vlogs on changes. Oftentimes, community interaction is the easiest way to become a popular player, but the already-known players will always have an advantage in this area. At the same time, players are often too busy to spend a large chunk of time on Reddit interacting with the community. Creating vlogs/commenting on changes, etc. is often a risky endeavor that can take a lot of time for little payout. Taking a break to develop content can be punished harshly when another player outplays you due to superior practice schedules.

Building off of this is what I call the “Chaox problem.” (Just based on the most common instance of this occuring.) TSM’s former star AD Carry Chaox announced his intentions to return to competitive play a Season ago. Since then, he has tried out for multiple teams but failed to make them. I don’t dislike Chaox and I wish him the best of luck with his latest try-out on compLexity. However, what does bother me about this is the fan attitudes to Chaox & the players surrounding him. It’s great that Chaox has built up a devoted fanbase, but what doesn’t make sense is when fans bash on other players who made it on teams over Chaox or try to blame his mistakes on these players. A lot of these guys are hard-working and rising talents in their own rights and it bothers me to see fans bring them down to try and elevate another player. Notably, Team Coast selected WizFujin over Chaox and Curse Academy selected Impactful over him. Since then, fans have constantly repeated that Chaox wouldn’t have choked as hard as WizFujin or that Impactful made it onto the team due to favoritism from Saintvicious. I feel like both of these statements aren’t entirely true and are also based off of a limited sample size seen by fans (Chaox performed fairly poorly in NACL games compared to Wiz and Impactful had been carrying CA all season long until he met Doublelift.) It’s great for fans and extremely understandable to support an older player like Chaox or Saintvicious, but it’s very unfair to do it at the expense of a newer Challenger prospect.

Finally, players have very few chances to change the community’s opinion of them. The only games fans really follow are the promotional series and perhaps the NACS finals. Last season, Team8 lost a few narrow series to LMQ before underperforming in first split against Coast this season. Because of this, they developed a reputation for choking that persisted into the promotional series this year. Likewise, Impactful was completely crushed by Doublelift and aphromoo in lane. Even though he carried Curse Academy for much of the season and was only replaced by an LCS-caliber AD Carry in Cop, he is known in the community as a weak player even though many LCS-level AD Carries have also been destroyed by arguably the best laners in the West. This creates a snowball effect where top teams are unwilling to take on a player with a bad reputation in fear of community backlash. This is particularly harmful because few teams in NA have decided to pick up sister teams. The only team in North America who currently owns a sister team is Curse Gaming. This teams that oftentimes, teams not in the upper echelon of LCS teams are denied the coaching, resources, and publicity they need to improve.

Last of all, North America has a much stronger streaming base than any other region in the World. Although it helps professional gamers to make easy money by streaming their practices to the public, it overall hurts the North American scene because it distorts incentives at the top of the ladder. It’s probably more beneficial for players to build a streaming personality and create a fanbase than to focus on playing as hard possible to try and get good practice for the Challenger Series games. Although Xmithie is infinitely better at jungling than Nightblue3, Nightblue almost definitely makes a lot more money than Xmithie playing LoL.

This means that players are often motivated to not play seriously and to focus on developing a following. Several mechanically talented players, like Nightblue3 or fabbbyyy have gone down this path. This both deprives the scene of a potentially strong player and muddles up top tier solo queue. Instead of playing at their top level at all times, players turn to trolling to try and maximize the entertainment of their viewers (Nightblue does not do this, he is just an example of someone who decided to stream instead of play competitively) This both takes them out of the game as a possible LCS-caliber talent and makes it more difficult for other potential talents to rise to prominence. A quick glance at Challenger solo queue in NA will show short 20 minute stomps and troll games. Oftentimes, games in Korea and Europe are significantly more competitive.

There’s a lot of talent in North America, but it’s not properly applied and harnessed. Succeses like Vulcun, C9, Altec, Bunny, and others show that the talent is clearly there. A lot of young talent is waiting in the wings and it would be ignorant of top teams & Riot not to try and correct these issues as soon as possible.

In the next & final part of this series, I will highlight a few particularly talented NA prospects who I think deserve a lot of attention for their play.