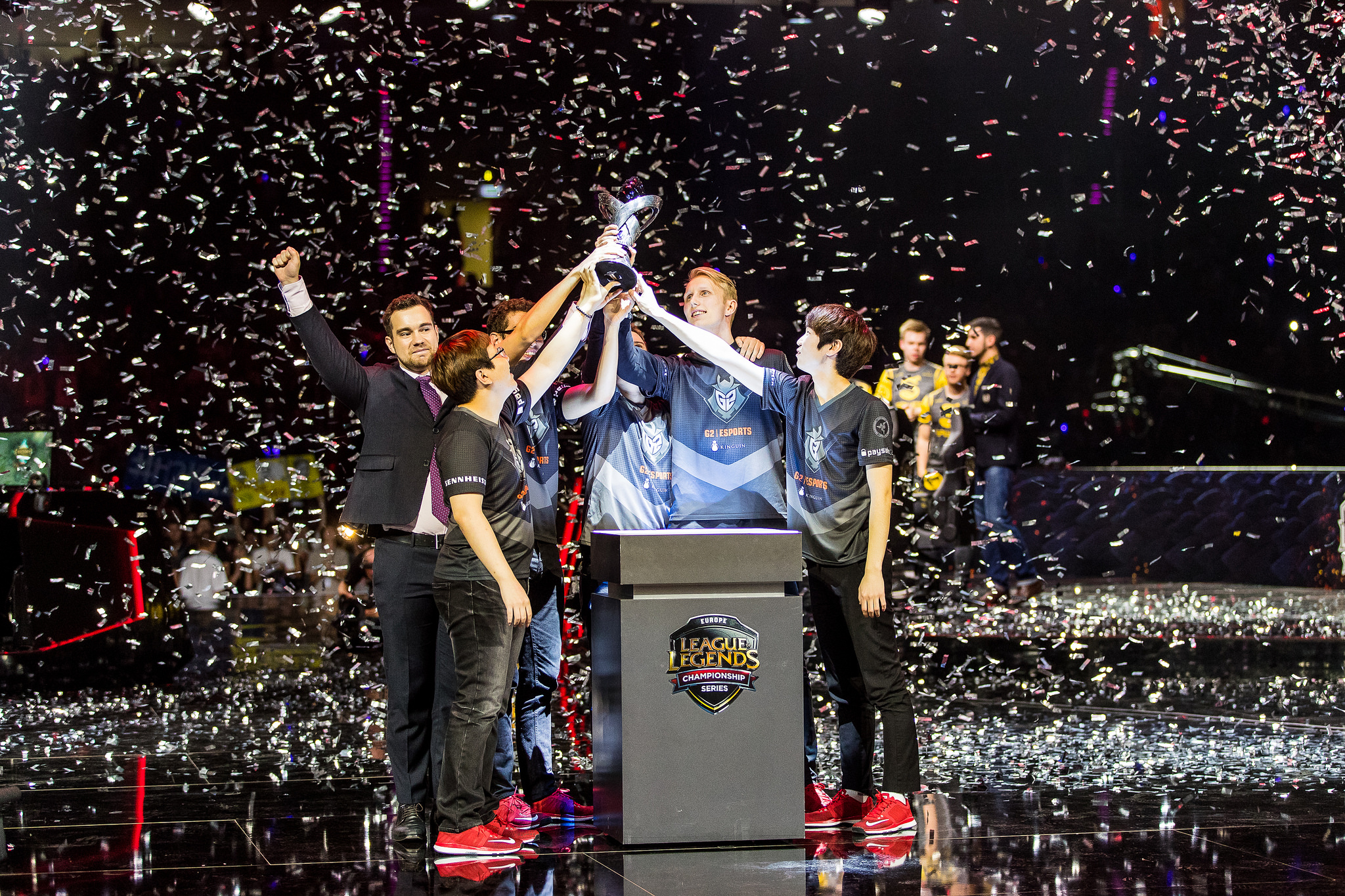 Taking down their second EU LCS title, back-to-back at that, continued the remarkable turnaround of the public perception of the organisation and their collective narrative. G2, started as Gamers2, were a joke in every sense, a vanity project for a former star Mid laner whose time had passed and yet lived in denial of that harsh reality. Now, the organisation can boast the best team in Europe and one of the West’s best chances for the World Championship.

Gamers2 were an organisation created around ocelote and that’s where the issues with their brand began and ended, for some time. ocelote had once been one of Europe’s best Mid laners, but two seasons ago, in the era of aggressive all-in style play and less emphasis on farming and a wide champion pool. In 2014, ocelote was both a player struggling to display anywhere close to the level of old, in the context of his current peer group, and widely misunderstood as everything obnoxious about someone with a level of celebrity.

Widely considered arrogant, fans interpreted his every word as self-aggrandising and almost entirely disconnected from his present reality. When the team he built around himself, with the express goal of making it into the LCS, then failed to come close to its set targets, the atmosphere of derision was great and many took joy in ocelote and Gamers2’s failures.

What failures they were too, for such a lofty and ambitious set of self-imposed expectations. Gamers2 were not even able to win offline Challenger competitions in Europe and are often forgotten as the team who made it fashionable to lose far earlier than expected in a competition to Brazilians, with Alliance being better remembered for that. The team’s attempts to qualify for the LCS were patently laughable, as they ran three straight campaigns which were unable to even secure them a spot in the Promotion tournament, nevermind actually see them within grasping distance of an EU LCS slot.

G2 went through players like a diva through outfits at a concert. Seemingly half of the Challenger scene had made up their numbers by they finally qualified for LCS. A pattern emerged of players joining the team when they were down on their luck or simply had not built enough fame, failing to accomplish anything of note there and then going elsewhere to find successful and personal peaks of form. G2 was not where you built your career, it’s where it went to die or was hindered in its infancy.

Along with the ever-changing rosters, notably with the exception of the Mid laner for the first few splits, came changes in management structure and a rotating door policy on coaches. Coaches were initially embraced and spoke of the luxurious conditions the organisation provided, only to find themselves burned out, frustrated or fired. Whether they quit or were fired was less important than the fact that the position seemed very much a poisoned chalice; an impossible task.

Thanks to their failures in the server, their inability to put together good rosters and their brazen star leader, G2 were a team who were infamous rather than famous. How far we’ve come since then.

The G2 of today exists within a different stratosphere to the Gamers2 of 2014. The two different line-ups they have fielded in 2016 have for the first time in the history of LCS won all portions of the year’s domestic competitions, winning both regular seasons and play-offs. With their two titles, the organisation is propelled into sole possession of second place for most titles in EU LCS history. Four of the present squad’s names are contenders for the best at their position in their region. G2 is now a place where top players show their peaks of performance and create their legacies. Finally, G2 are now representing Europe at the World Championship for Season 6.

Like CLG and HotshotGG’s narrative of redemption, G2 and ocelote have turned around the direction of their destinies and the way we see and think of them. Theirs is an even more extreme revival than CLG’s. At least that team had once been great. At least they had been an LCS team their whole history and qualified for every play-offs. G2 were at the bottom of the barrel and propped up only by their financial backing. G2 were a team who couldn’t even qualify for the qualifier to get into the LCS. Now they are two-time LCS champions, back-to-back, and looking to add international pedigree to their organisation later this year. ocelote is now seen as a good owner and a shrewd businessman. G2 are famous for the right reasons.