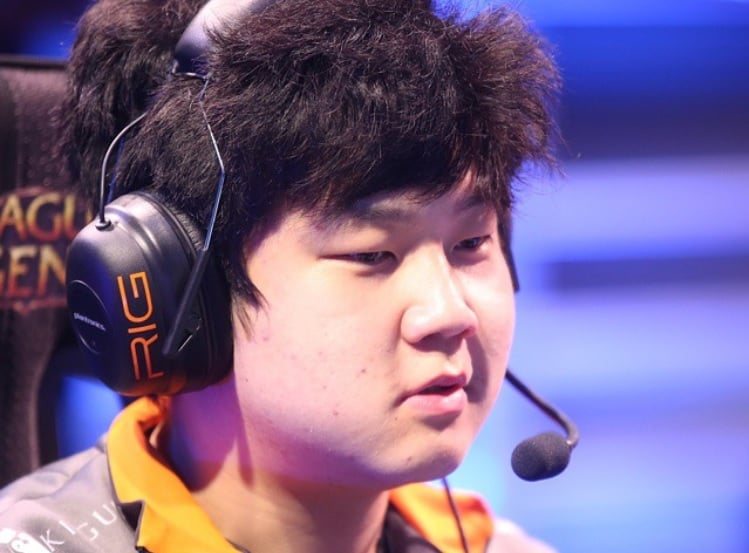 After Season 4, when Chinese teams bought most of the star players from the top Korean teams and OGN turned its 16-team tournament into an 8-team league, a lot of people objected to the idea that the dominance of Korea was broken. The infrastructure and coaching Korean teams have, coupled with the World’s best soloq environment, would be enough to grow new talent within a year and make Korea as strong as ever by the time of the 2015 World Championship.

Now, after the conclusion of the regional finals and with the World Championship just three weeks away, it’s safe to say that this hasn’t been the case. SKT stands as the uncontested champion of Korea, yet hasn’t been able to win the Mid Season International and is also not the favorite to win Season 5 Worlds. The other Korean teams are KT Arrows-level inconsistent, without having the individual strength that KTA used to have. They still feature the remnants of their old rosters, stripped of their super stars. All the standout players of the summer season were already playing in OGN last year and it’s questionable if they would be able to be a dominant force if they would still face the highest level of competition at their position.

There are multiple reasons why the Korean scene is stagnating at the moment, and, if those issues remain unresolved going into 2016, will continue to stagnate.

Korea has the strongest server in the World and an insane player base for the size of the country. The level of play in high elo is closer to competitive play than in any other region. With the drive many young Koreans have to practice and improve, new talent is emerging all the time. In the past, Korean organizations could pick their players from this sheer unlimited pool of talent, but now things have changed. A lot of Korean prospects prefer the higher salary and more relaxed environment on foreign teams to the stressful schedule of Korean organizations. With the grown interest of foreign teams in importing players from Korea, there are now a lot of opportunities to go abroad. Players like Rush, Huni and Moon could have easily made it into OGN, but chose to move to foreign teams instead.

While transfers of prominent soloq players always get a lot of attention, the real loss of talent happens in low Challenger and Master. Players that have just entered the highest tiers of the ladder are already receiving offers, mostly from China. Agents scout players that look promising and try to sell them to foreign teams. Today, close to 100 Koreans are now playing for foreign teams. OGN teams are merely left with the leftovers. The times when they could host open tryouts and pick the perfect fit out of a bunch of hopefuls are over.

Being a pro in Korea needs to be more attractive, especially in terms of salary, if Korean teams want to sign the next generation of their domestic talent.

Sister teams have been an important foundation for Korean dominance in the past. A sister team makes practice a lot more flexible, since there is no risk of leaking strategies and specific match ups can be practiced. If one team was knocked out early, it could be at the service of the remaining team by trying to simulate the playstyle of the next opponent during practice.

With the official abolishment of sister teams, the situation didn’t change. Korean organization still have ten or more players living in their house for in-house practice, but are now no longer allowed to field two lineups. The League 2 of Korean Challenger and the interleague matches showed that the second teams of KeSPA orgs are stronger than the regular Challenger teams and that the bench squads of KT, Jin Air and Najin are probably even ahead of the lower ranked OGN teams.

While being a substitute on a big team offers a great practice environment, the players rarely get the chance to play on stage and therefore miss out on valuable experience and exposure. At the same time, viewers have to watch teams like SBENU or Anarchy that would have qualified if sister teams of the big orgs were allowed to participate in the qualifier.

Until organizations are allowed to field two teams again, lots of promising players will have a hard time to see any play, while fans have to endure subpar teams making it into OGN.

The state of Korean Challenger

In the past, teams like Incredible Miracle and Prime were constantly facing financial problems. Now that both have found sponsors, their situation has improved, but it persists in Korea Challenger. Challenger teams offer very little money and support staff to their players, and some are still scrimming from a PC bang. With the large corporations of Korea already involved in the scene, it is very difficult to find new sponsors in the small country. This limits the amount of esports organizations that can sustain themselves in Korea. Currently, sitting on the bench of a Chinese Challenger or LSPL team still pays more than playing on a Challenger team in Korea. As a result, only few players decide to join teams, and the lineups we see often consist of rejects and Master tier players.

To improve the situation, there either needs to be a lot more prize money in Challenger, or the League has to become a proving ground for the substitute teams of KeSPA orgs. Otherwise even the players that want to start a professional career in Korea will often bypass Challenger and try to get a sub position on the bigger orgs instead.