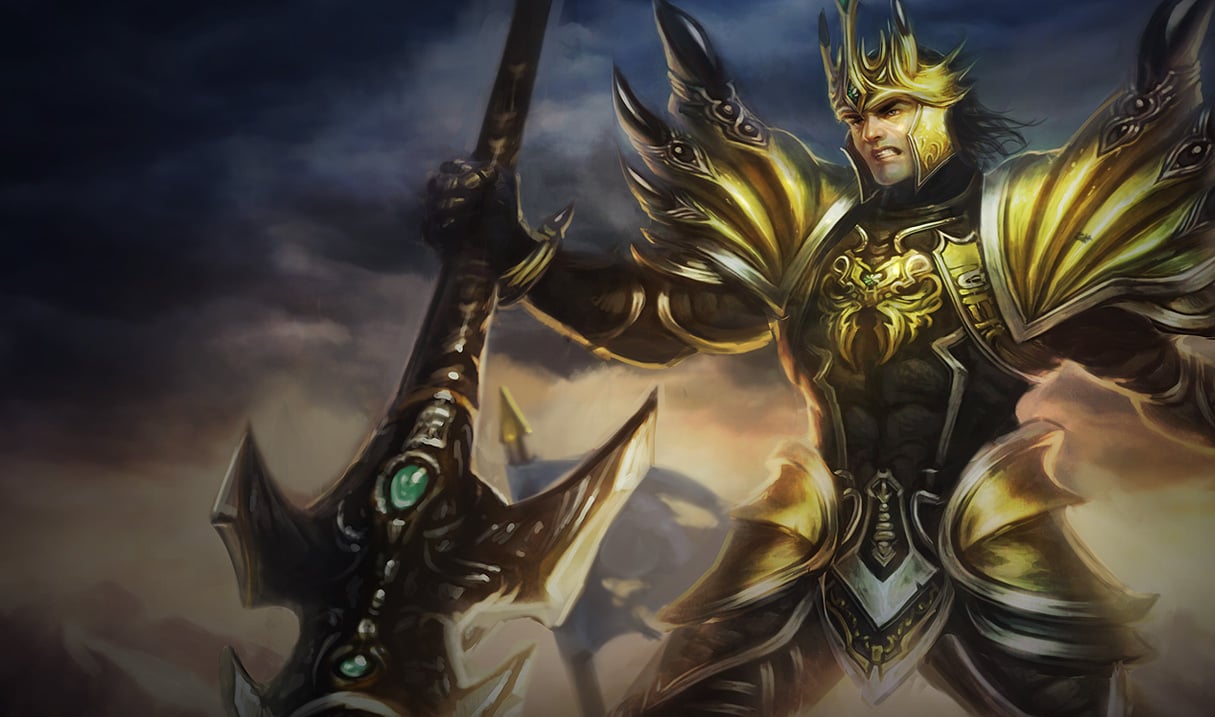 “Jack of all trades, master of none” is a figure of speech used in reference to a person that is competent with many skills, but is not necessarily outstanding in any particular one. The prince of Demacia fits this description well. He may not be exceptional at anything, but he is versitile enough to fit into any team composition.

What makes Jarvan such an integral and contested pick in the current meta?

1. His ganking potential with his Demacian Standard(E) + Dragon Strike(Q) combo. Jarvan can cover a lot of distance with his abilities and it becomes easy to set up ganks if he manages to land the knock up. (Champions like Pantheon and VI have much easier ganking potential than Jarvan, especially Pantheon who’s stun is a point and click, being virtually impossible to miss if within range)

2. Fast pushing power. Jarvan’s Demacian Standard gives increased attack speed to allies within it’s aura range. Using the standard at the appropiate times allows Jarvan’s team to push down a turret/inhibitor faster than you would be able to regularly. (I must say this is very uncommon amongst junglers, the only jungler with this ability that comes to mind is Warwick, who’s attack speed bonus is greater and lasts for a bit longer than Jarvan’s)

3. The Cataclysm terrain – Engage. While the spell will only do damage to the person you’ve targetted, the concealing walls do more than enough to compensate. If the right target is hit, the emerging wall will proceed to trap multiple targets within that area, thus allowing several area of effect abilities to be easier to land to create several combos with your team such as Rumble’s Equalizer. (You can still jump out of it since it doesn’t involve any crowd control. Champions such as Amumu/Vi/Malphite/Zac have more reliable initiation in the form of their ultimates)

4. The Cataclysm terrain – Disengage. Unless you have flash, a dash or a blink of a decent range, there is no way out of Jarvan’s ultimate. This allows your team to create distance by trapping several opponents within temporary terrain. (Again, you can escape from it, yet Amumu’s ultimate roots his targets in place, preventing them from using any movement spells/abilities.)

5. Innate Tankiness. The prince of demacia will not be ignored! Seriously, you can’t ignore him. He can latch on to enemy midlaners or marksmen with ease and with only 1 damage item, he can duel almost every carry. In addition to his damage, Jarvan has just enough health to outlast his opponents. Jarvan’s E + Q combination can instantly cover up to 600 range, essentially turning all fights with marksmen into melee range brawls. (Mundo, Sejuani, Amumu, Shyvanna, Warwick… are just few examples of jungling champions who are much tankier and much more suited to duel enemy carries.)

6. Flanking potential. While this may seem redundant because of the first point, it is worth mentioning that flanks are usually much harder to execute, since you’re not just jumping into a lane with 1/2/3 opponents. Flank is a term that is usually attributed to how a team wants to approach an imminent teamfight. (Again, hard aoe engages make for better flanks overall, champions such as Malphite and Amumu.)

In the month of January, Jarvan had an average of 96% pick/ban rate across the NA LCS, EU LCS, Chinese LPL and Korea’s OGN(LCK) . This is no coincidence. Jarvan has the unique ability of being the only jungler currently that fits in every team comp and can be picked early in the draft phase without revealing in which direction your team will head. Sure many will point to Lee Sin as another example of a champion who can “do it all” so to speak, but hard engaging as Lee Sin is not a reason to prioritize the blind monk.