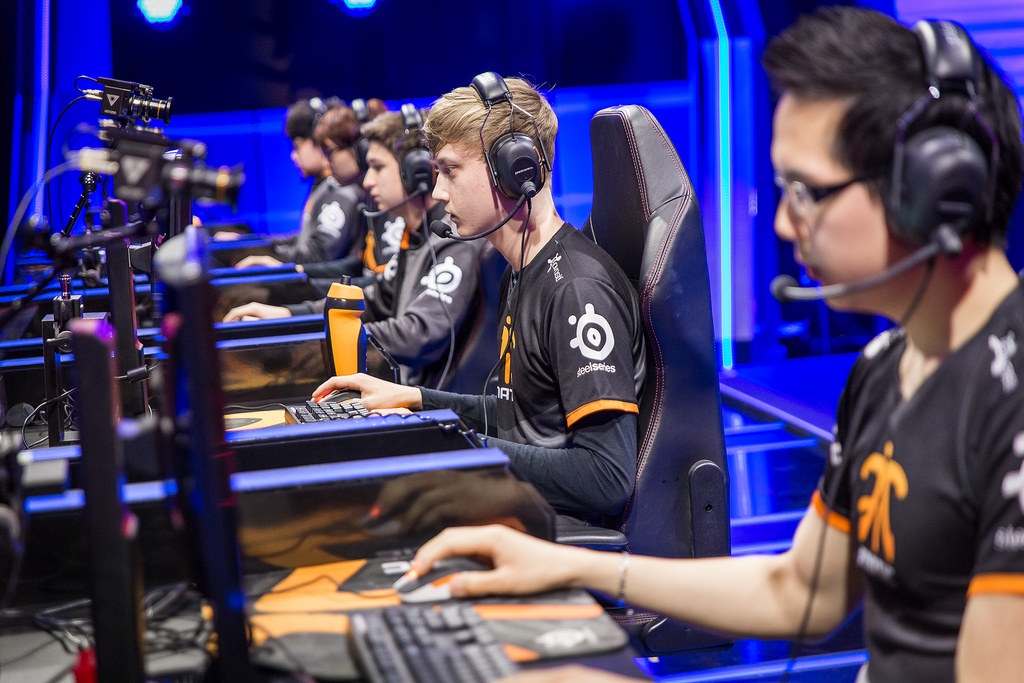 In October 2014, a mere eight months ago, after Fnatic’s disappointing result at the 2014 World Championship in which the team failed to advance past the group stage, Rekkles had publicly disconnected himself from Fnatic on Facebook and Twitter. Rumors swirled about Rekkles’s unhappiness and potential departure from Fnatic, the organization that he had been with since November 2012, the one that stood by his side, waited for him to become of age to play in the LCS, and groomed him into stardom, the best Marksman in all of Europe.

After weeks of speculation, the rumors finally turned into reality as Alliance announced the addition of Rekkles as its AD Carry in late November, joining the Froggen, Wickd, Shook, and Nyph in hopes of completing the final piece to the “European Super Team” that would dominate the EU LCS in Season 5.

For Fnatic, Rekkles’s departure paved the way for a shocking mass exodus, bringing an end to one of the most iconic and consistent lineups in European history. Just a few weeks after Rekkles joined Alliance, Cyanide announced his retirement, while xPeke decided to leave Fnatic and pursue his dream of starting his own team. Soaz left too shortly there after, leaving Yellowstar as the only holdover in Fnatic’s starting lineup. The team that only had two lineup changes in the previous two years was now left scrambling to fill four starting positions.

While Fnatic’s stock had plummeted heading into Season 5, Alliance’s stock had shot through the roof. Expectations were high for the “Super Team,” who had finished first in both the EU LCS Summer Season and Playoffs but, like Fnatic, ended its season with an embarrassingly early exit in the group stages of Worlds. But, the addition of Rekkles was intended to change all of that. The young prodigy was expected to be the difference maker that pushed Alliance into the conversation of best team in the world.

Rough Dealing with the Elements

IEM San Jose, which was hosted in early December, was the first test for the new Alliance. The team received the benefit of a first round bye, an automatic seed into the semifinals for its first place finish in the EU Summer Split. But the lineup had only a few weeks to practice with its new ADC before the event, and Alliance was quickly ousted from the tournament, losing in the semis 2-1 to the eventual winners Cloud9. Alliance’s rough start at IEM was only a precursor for more bumps along the journey for Rekkles.

For Season 5, Alliance re-branded to Elements, but the name change did not bring with it any luck or the team’s prior success. Elements struggled the entire EU LCS Spring Season, finishing the split at 7-11, only good for seventh place. The result was far from what Rekkles had expected when he joined the team. Elements had attempted to fix its issues by undergoing two in-season roster changes, one of which included out a substitution of Rekkles’s botlane partner Nyph, who was replaced with former Evil Genius support Krepo. But no matter who was in the lineup, Alliance could not salvage enough wins to even earn an seed in the EU Spring Playoffs.

As a result of his team’s struggle, Rekkles failed to perform individually relative to his previous seasons. Whereas he sat at the very top of the leaderboard in KDA and GPM in both the EU LCS Spring and Summer Splits of 2014 during his time with Fnatic, in the 2015 Spring Split, Rekkles fell to fourth and fifth in KDA and GPM, respectively. While his individual statistics were still admirable given his team’s subpar performance, Rekkles failed to meet the standard that he had set for himself as Europe’s best marksman. Mostly important, Rekkles failed to help Elements in the most important statistical category of all, wins.

As his team struggled to start the 2015 season, Rekkles watched his former organization flourish. Overcoming the adjustment of adding four new players, Fnatic finished second during the regular season and excelled in the playoffs, claiming the EU LCS Spring Playoff championship.

Despite team the team’s success, Fnatic’s management still saw an opportunity to improve and strengthen its weak link. Showing no ill will towards its former player, Fnatic offered Rekkles a chance to return to the team for the Summer Split, an offer that Rekkles could not refuse.

The decision left some fans in doubt and scratching their heads. Considering Fnatic’s first place finish, why would management try to fix something that was not broken? How would Rekkles affect the team chemistry that was built during the spring, especially given his behavior when he left? Why replace Steelback, who performed well as a LCS rookie and even finished ahead Rekkles during the regular season in KDA and GPM? Was Rekkles even a top AD carry in EU or was his success a byproduct of having Yellowstar as his support?

These were questions that could only be answered with time.

Second chances seldom present themselves in life. Especially given the brevity of Esports careers, Rekkles was fortunate to receive such an unique opportunity to rejoin Fnatic, and he has seized it by the throat.

With Rekkles in tow, Fnatic has dominated the European LCS with a record setting, perfect 14-0 start to the Summer Split, clinching another playoff berth with two weeks to play. Whispers in the community talk of Fnatic being one of the best teams in the world, the team that could potentially bring the World Championship title back to the West since Fnatic’s triumph back in Season 1.

The roster move now looks ingenious. Fnatic’s management has proven time and time again its ability to make smart personnel decisions. On the rift, Fnatic’s AD carry position has seen a clear improvement. Fnatic’s record this season speaks for itself. No disrespect to Steelback, who is highly talented and should soon have another LCS opportunity, but Rekkles is a grade above and proven world-class talent. Outside the LCS stage, Rekkles appears to have transitioned seamlessly, developing a close bond and camaraderie with his teammates. Rekkles’s combination of in-game skill and outside-of-game personality has been the perfect fit for Fnatic, contributing greatly to the team’s success.

Today, Rekkles’s short stint with Elements seems like a distant memory. The scars from the messy breakup have healed. His behavior has been forgiven and put in the past.

Sometimes, it is easy to forget these things, including the fact that Fnatic’s star AD carry is still just 18 years-young, but that is because Rekkles has rediscovered the perfect antidote to it all, winning.