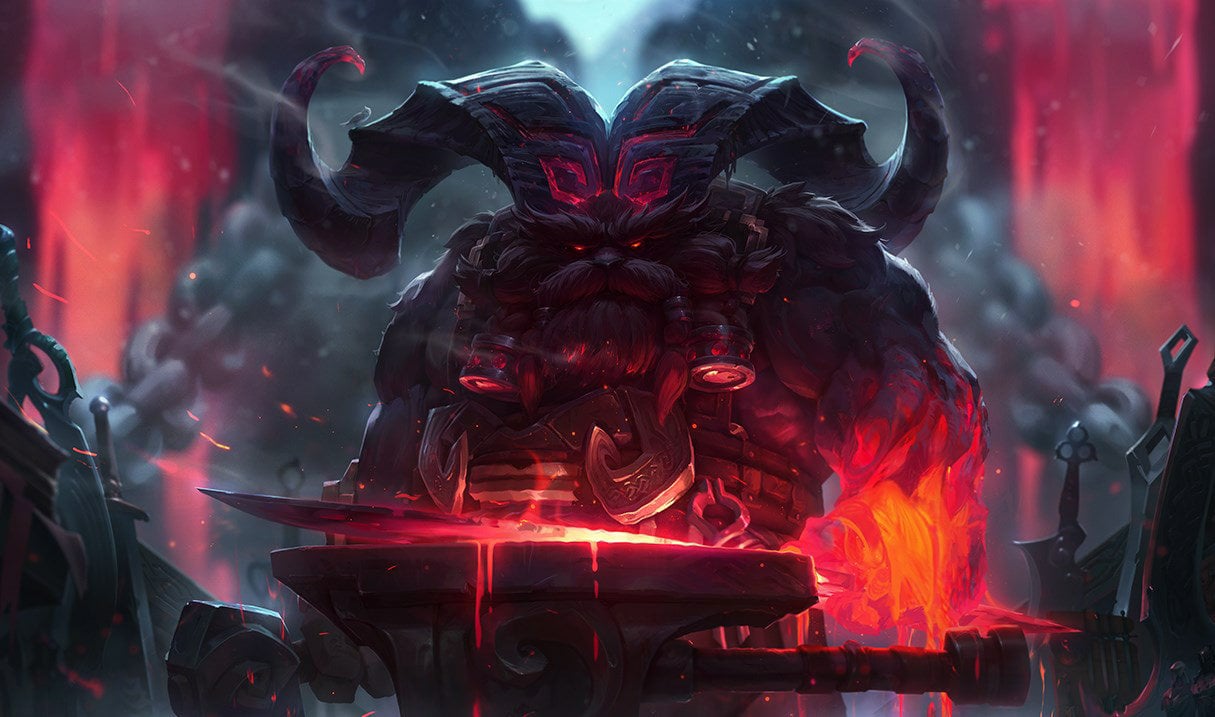 League of Legends saw its professional meta change countless times throughout 2020. Different champions popped up and rose to prominence at various moments during the course of the year, promoting factors of variation and innovation at every turn.

But some champions still simply remained stalwart throughout the entire season. The game’s most-prominent characters all held influence over its competitive meta from opening day all the way to the World Championship. And when the curtain fell on this unprecedented year of pro play, the meta appeared to be more flexible and versatile than ever before.

Hese are the most influential champions of the 2020 professional League season, sorted by each of the game’s positions.

Throughout the 2020 competitive season, Ornn established himself as an incredibly prominent pick in the game’s meta. As League’s staple top lane tank, the champion hung around throughout the entire year.

Ornn appeared in 64 percent of all champion selects in 2020, the most among all top lane champions, according to League stats website gol.gg. Beyond the ban phase, Ornn was picked 1,909 times, making him the most-picked exclusive top lane champion in the professional scene. While other champions with higher pick rates down the stretch of the season like Volibear and Sett had their shining moments in the top lane, Ornn stood out as the game’s most dedicated character when it came to the position.

If anything, Ornn truly served as a bookend to the 2020 season. With a 74-percent pick/ban presence in all regions during the Spring Split and a 91-percent pick/ban rate at the World Championship, it’s clear that the champion stood out as one of the most prominent characters on the roster during the early and later stages of the year.

It’s hard to think of a champion that’s been more reliable for players of a certain role than Lee Sin has been for junglers. The champion has posted a global pick and ban rate of at least 15 percent in six of the last seven seasons, practically making him one of the game’s most historic picks. But in 2020, Lee Sin rose to a new level of prominence—one that the character hadn’t seen in several years.

This year, Lee Sin ended up being seen in 42 percent of all champion selects, according to gol.gg—the character’s highest presence in a given season since his 70-percent mark in 2014. With 1,607 picks worldwide in 2020, Lee Sin emerged as the game’s most contested jungler by a wide margin. The next two most prominent picks on the board, Trundle and Graves, made it into 400 and 600 fewer games than Lee Sin this year, respectively.

But just because Lee was a prominent pick in 2020 doesn’t necessarily mean he was a good one. Lee Sin’s win rate in 2020 was strikingly poor on a competitive level. His 48-percent win/loss ratio was one of the lowest among all of the “top tier” champions in the game.

In a year where traditional control mages rose back to the top of the mid lane meta, none played a more significant role than Syndra. One of League’s most historic champions continued to be prevalent in 2020. She ended the year with a global pick/ban rate of 60 percent, the fourth-highest among all champions on the game’s roster, according to gol.gg.

In terms of her dominance over the mid lane, Syndra heavily outclassed her contemporaries, namely Azir, Zoe, and LeBlanc. With 1,249 picks and 2,318 bans across the board in 2020, Syndra was the most picked and banned champion at her position, a rare occurrence in professional play—especially for an entire season.

Several ADCs, such as Ezreal, Kalista, and Ashe, rose to the highest ranks of professional League in 2020. But no character dominated the role quite like Aphelios. From the very beginning of the season, Aphelios established himself as one of the game’s premier picks despite only being active on the live servers for several weeks prior to the 2020 season.

Throughout the Spring Split, Aphelios posted a global pick/ban rate of 86 percent, the highest in the entire game, let alone the ADC role. And despite receiving multiple nerfs throughout the course of 2020, Aphelios still remained a relatively prominent pick until the end of the season.

His far-reaching presence during the early stages of the year gave the champion enough of a cushion to remain one of the most highly-contested picks of the season all the way until its final game. By the time the season came to a close, Aphelios finished 2020 with a pick/ban rate of 64 percent, while appearing in exactly 2,000 games worldwide, according to gol.gg.

In 2020, the support role revolved mainly around tanks that could hold their own in the durability department. While classic champions like Braum, Leona, and Thresh all had their moments in the spotlight, no character stood out more than Nautilus.

League’s premier bottom lane tank finished the competitive season with 2,072 picks this year, according to gol.gg, easily clocking in with the most in the entire game. Additionally, Nautilus finished with nearly 400 more picks than the next dedicated support champion, Thresh.

And although Nautilus’ raw pick/ban presence wasn’t as high as champions like Thresh or Sett, it’s still strikingly obvious that with well over 2,000 picks in a single season, Nautilus controlled the global meta from start to finish. When other champions might have been taken out of the spotlight thanks to bans or relegated to other roles, Nautilus emerged as a reliable option for support players all over the world in 2020.

It’s an impossible task to shoehorn Sett into one role, largely because of how much of an influence he had over the entirety of Summoner’s Rift throughout 2020. With a pick/ban presence of 72 percent throughout the entire season, according to gol.gg, The Boss was easily the most popular character in the competitive scene. Additionally, with 2,376 bans worldwide in 2020, Sett was by far the most-banned champion on the roster in professional play.

Just behind a few other champions, Sett was the fourth most-picked champion in pro League during the 2020 season. But what’s most impressive about the champion’s showing is that Sett was played at least 100 times worldwide in four out of the game’s five roles. His most-used position was the top lane, where he saw 921 picks, but he even received 17 nods as an ADC throughout the course of the season as well.

In a season that saw elements of versatility and flexibility shine when it came to building team compositions, no champion in professional League was more effective than Sett.