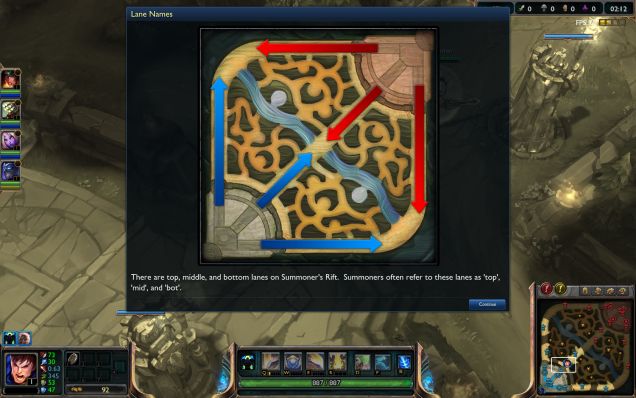 This is my first article in Goldper10 and i hope to do my best, thanks for read it.

67 million people play League of Legends every month, this persons, men, women, and children press Q,W,E and R to be the best player.

But  say that a game is good because “many people play it” is a worse argument. Actually, wich makes that League of Legends is one of the most played game in the world is the mix of five players to earn the game, using communication and their ability.

Moreover, League of Legends is not the only one doing this, other titles such as DOTA 2, or the latest Heroes of the Storm repeat the play getting the same ingredients in the mixture.

Why you should play it?

The question I’ve been asking me all this time is: How is  possible that such a simple and repetitive game amuses me so much?.

Ironically, on the same question you can find the answer. LoL is a simple game, very simple. LoL it has the same level of complexity masked simplicity having for example chess.

In the case of chess, the scheme is simple: 64 boxes, 32 pieces, among them only a king. Just kill the king. Each of the parts can move in a particular way. For LoL, although not to that extent, is similar: A map two, nexus, 3 roads from a nexus to another and spread those roads a dozen turrets. Destroy the nexus. There is no more.

Why is more than a game?

The other part of League of Legends is the competitive dimension. Almost by accident (they have recognized in fact Marc Merrill and Brandon Beck, the founders of Riot Games) since the first versions of League of Legends back in 2009 they realized they had created a game that was as fun to play as watch.

Also, the game as it was designed could result in incredible plays if the right combos are executed. If you have not played LoL in your life, you may let the video. If instead you have a minimum knowledge of the game then you will understand what i mean.

This is the reason because a lot of people plays this game, the reason that millions of players watch the League of Championship Series, known as LCS, World Championship and more competitions from other regions, this is the magic of League of Legends