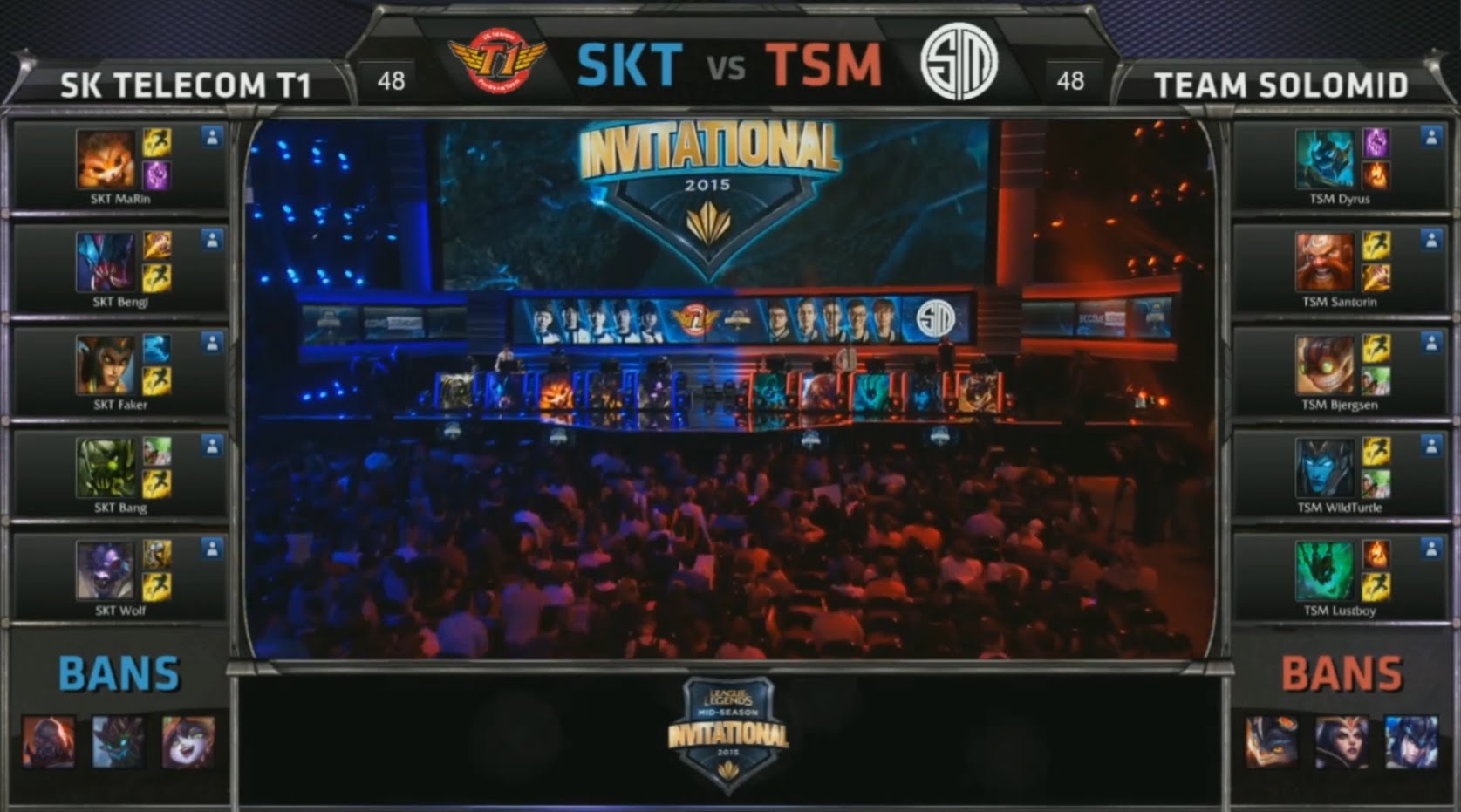 “We lost because we were out picked” said nearly every team ever. You are probably even guilty of this in solo queue, I know I’ve done it. “Why didn’t you ban Skarner!? GG” we’ve all been there, and sure, sometimes one current op can really turn the tides of a solo queue game. But in competitive games one pick is not going to win or lose you the game, it is a ridiculous notion. When a team says they lost in pick/bans, one of two things is happening 1) they are admitting they did not prepare for their opponent, which most likely means their in game strategy suffered, also, or 2) they use it as a crutch to not delve deeper into their own flaws and put in the work to fix those issues.

But let’s stay focused on pick/bans. Any good enough team can win with nearly any champion picks. According to a tweet from Marc Merrill only Nasus has not been used in professional play in season 5, out of 126 champions. Kha’Zix, who has not been close to meta this summer, went 2-0 in NA LCS, once in TDK’s win over C9 where Seraph went 7/2/6, and again with Hai using him in the jungle to beat Gravity with a KDA of 9. Our scary insect friend saw no other play in any of the 5 premier regions (NA, EU, CH, KR, TW). Bard is a champion that you either love or hate, but most people can agree has an astounding degree of coordination required for him to be useful. While not living up to his title of “caretaker” for his team, he still managed to get 15 wins out of 33 games played across these 5 regions. And, as an extreme example, Faker went 2-0 on Master Yi mid against strong Korean teams CJ and KT, boasting a 4.2 KDA.

It isn’t just “strange” or “bad” picks that can put up wins against the odds, but incredibly strong picks can also lose. Out of 931 games played this summer in the 5 premier regions, Kalista was banned 744 times, played 171 times, and won 99 times. That brings her to a staggering 98.3% pick/ban rate, while also having an impressive 57.9% win rate. And remember, that is through repeated nerfs nearly every patch. Even with these insane numbers, she still loses games, even when better teams play versus worse teams, like Game 1 of Flash Wolves vs Hong Kong eSports in the LMS playoffs.

What you play obviously matters, but “meta champions” are not the be-all-end-all. League of Legends is a game of strategy above all at the competitive level. It is so unlikely that one team will win through shear mechanical outplay while making numerous map misplays that their opponents recognize. The true importance of pick/bans get brought up occasionally, but they are mostly ignored and focused on as a weakness. The largest way picks impact your team are if they reflect your, as Thorin puts it, team identity or not. Would TSM have done better at MSI if Bjergsen wasn’t playing Cho’Gath and Urgot, and instead on Zed, Ahri, or LeBlanc? These are the types of champions the Bjergerking got known for, not super safe Ziggs where he got destroyed by Faker, anyway. But we can’t know if Bjerg could have done to Faker what Febiven did because TSM didn’t play to their identity.

One of my favorite things to do is analyze pick/ban phases of games, but with that I have to know the limitation to the relevance of picks. I am really tired of hearing teams complain about losing to picks, that excuse was supposed to die with coaches being on stage for the P/B phase. What you mean it say is you failed to execute strategy in game, own up to that and work on it. We are here to watch quality League of Legends, that factor is independent of which 10 champions step onto the Rift.