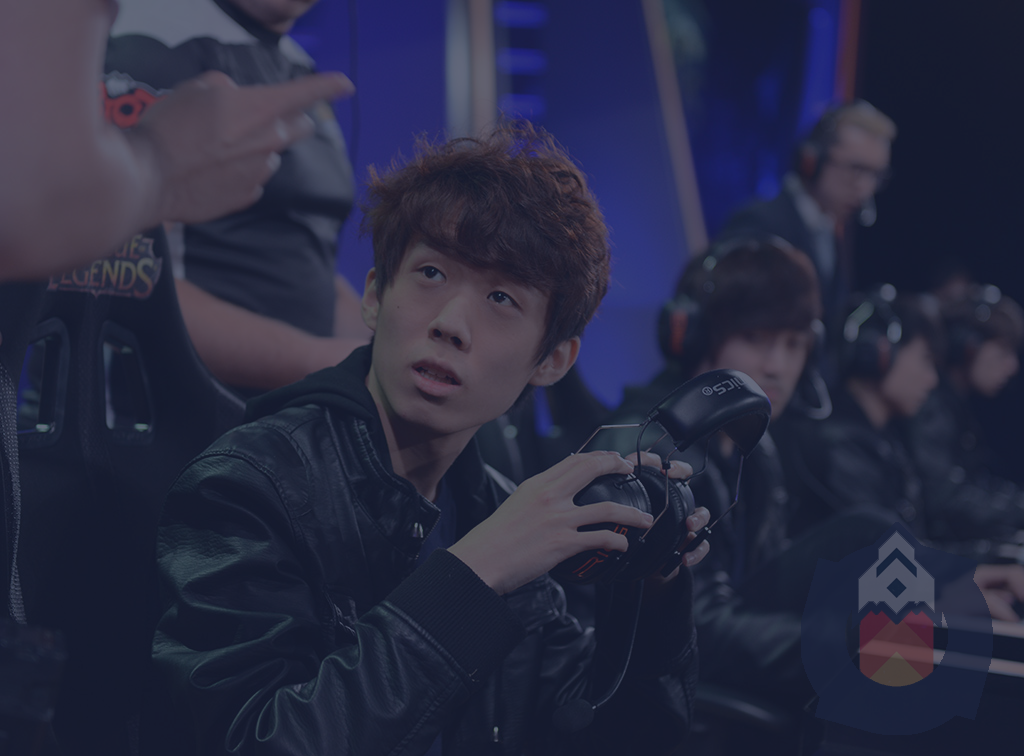 Coming in to Week 2 of the 2015 NA LCS Summer Split, expectations for Team Gravity would be set rather low. After a disappointing loss to Enemy eSports in Week 1, fans had begun to wonder whether or not the team’s offseason moves had helped or hurt the team’s play. Gravity, formerly known as Curse Academy, had been centered around veteran player Brandon “SaintVicious” DiMarco. The 28 year-old jungler had been the brains and main shotcaller of a team filled with young talent. DiMarco’s decision to retire following the 2015 Spring Split would see the addition of Korean jungler Kang “Move” Min-su to the roster. Additionally, the move to a coaching position for David “Cop” Roberson would allow the team to add ex-Winterfox AD Carry Johnny “Altec” Ru to the team.

Following an underwhelming Week 1 performance, Gravity would enter the second week of the LCS as underdogs in both of their match-ups. Facing Team Liquid and Cloud9, the community (including myself) would doubt GV’s ability to come out ahead in their games.

Gravity would opt to use a pick composition in their first game of the week, revolving around global ultimates such as Twisted Fate’s Destiny or Rek’Sai’s Void Rush. In addition, the team featured strong hard engage through Sivir’s On the Hunt in combination with crowd control from Maokai and Thresh. The hard engage provided by Sivir’s ultimate would allow Gravity’s front line to get onto Cloud9’s immobile solo laners. Keane’s Twisted Fate pick would also create flank potential to prevent C9 from properly kiting the engage. 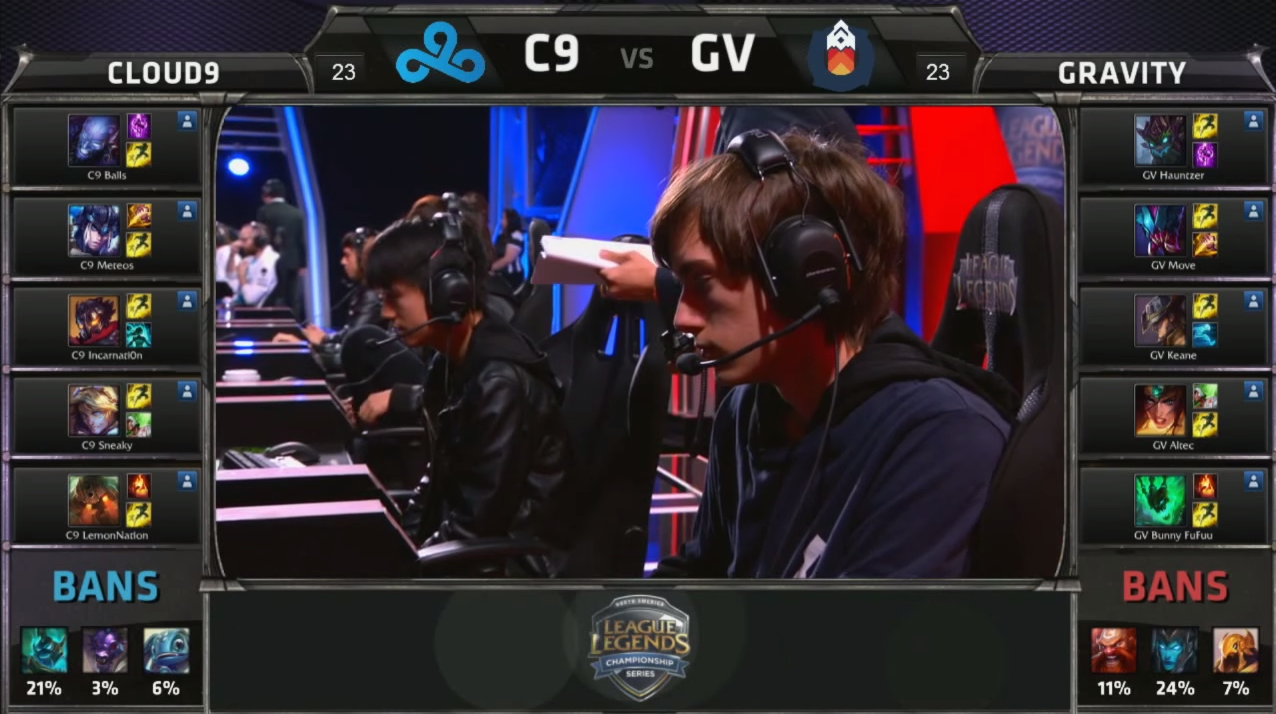 In game, Gravity would take advantage of Cloud9’s lane swap to quickly push down the outer bot turret before taking an early dragon. After this, the team would send the botlane duo of Sivir and Thresh to toplane to allow Maokai to consume a large minion wave in the bottom lane. While this is happening, C9’s Ryze and Sejuani choose to double jungle. This series of events allows Gravity to take two early turrets, a dragon, and keep Ryze to 21 CS at 10 minutes. This early gold lead would help the team win a teamfight around the third dragon of the game, trading BunnyFuFuu for four kills on the enemy team.

Gravity would be able to close out the game in the 35 minutes off the back of strong early game rotations, snowballing a small gold lead, into teamfight victories and the acquisition of objectives across the map. Successful early game roams from Thresh, and map control from Move’s Rek’Sai would allow Gravity to seemingly dominate an underperforming Cloud9 squad.

The second day of the second LCS week would see Gravity take on Team Liquid: their former “big brother” team. Would Gravity be able to perform on par with their strong play against Cloud9, or did they simply take advantage of a difficult roster change?

Liquid would select Rek’Sai with their first pick in the draft, allowing Gravity to pick power picks Ryze and Alistar in the second rotation. When all was said and done, TL came away with a strong lategame team-fight composition vs a hard-to-kill pick composition featuring strong engage and crowd control. Gravity’s composition would have a team with nearly four tanks (if you count Ryze and Urgot), making it extremely difficult for Liquid’s carry champions to deal damage in the early-to-mid stages of the game. Additionally, the level 6 powerspike of Sivir, Jarvan, and Urgot can easily create picks around the map.

Laning phase would go slightly in Gravity’s favor, with small gold leads in midlane and botlane at the 10 minute mark. Hauntzer’s Ryze would sit just slightly behind Maokai in farm. A roam from Bunny FuFuu’s Alistar alongside Move’s Jarvan would net Ryze an early kill onto Quas in the toplane, granting IWillDominate and Team Liquid to trade the kill in exchange for the first dragon of the game. Move would be able to create multiple kills in midlane following this, creating a lead that Gravity could easily turn into a teamfight win.

After catching out FeniX’s Cassiopeia, Gravity would win a 4-vs-4, only losing Move in exchange for the entirety of TL. Now with an 8000 gold lead and a four turret lead, strong rotational play and early kills would net Gravity a strong lead in the midgame.

Ending at 32 minutes, the thick front-line of Gravity and a fed Urgot would allow GV to win in dominating fashion, dying only three times throughout the game.

A Game of Picks

Gravity’s jungler, Move, would take home the NALCS W2 MVP award: a deserved feat for his performance in both of his games. Move’s play on Rek’Sai and Jarvan IV would allow Gravity to generate gold leads that would supplement their already strong pressure-focused early game.

Move’s choice to go for early plays would help GV hold an average gold lead of 552 at 10 minutes. The additions also helped Gravity’s vision game, placing a league-leading 3.42 wards per minute. This vision-maintained snowball style has allowed the team to put kills into champions with strong catch potential and teamfight strength such as Ryze, Maokai, Twisted Fate, and Urgot. In comparison to last split, in their first four games Gravity has already improved their ability to take early game turrets, gold leads, and improve their total vision control. Are these improvements a result of GV’s roster moves, or has the team as a whole matured?

Many analysts and community members seemed to be of the idea that the addition of Johnny “Altec” Ru was not a substantial upgrade from the former Gravity ADC, Cop. Early statistics actually show that the change was actually a substantial improvement. Ru is earning a league-leading 458 gold per minute, up from Cop’s 415 from the Spring Split. Altec is also accounting for more of his team’s damage. The addition also has improved Gravity’s bottom lane duo, with an average gold lead of 135 at 10 minutes in comparison to Cop’s gold deficit of 22.

Kang “Move” Min-su has also sparked some change in the team in addition to an early game aggression that wasn’t seen to the same extent from SaintVicious. Move has accounted for 82% of his team’s kills, up from Saint’s 73%.

The strong strategical and individual play from Week 2 perhaps means Gravity could maintain a position at the top of the LCS in the coming weeks. Will Gravity’s opponents continue to allow the team to select Sivir compositions with hard engage and catch potential, or will the competition begin to disassemble the team’s early game rotation-based play?

The true test for Gravity will be whether or not they can adapt to find wins with various compositions and game-plans over time. Teams such as Lee “Rush” Yoon-jae’s Team Impulse have had trouble with passive compositions, dropping to top teams such as Team SoloMid or Counter Logic Gaming in the process.

With proper adaptation and strategical play, how far can Gravity go this split?

Thanks to LoL eSports and Oracle’s Elixir for the statistics mentioned in this article.