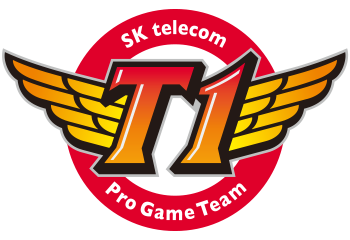 It’s no secret, the team built around Faker is undoubtedly the clear favorite to take the title of this years World Championship. With a long winning streak and a convincing performance again ktRolster, SKT T1 is the most consistent team of this summer split.

Sure Fnatics run through the season was impressive but what SKT T1 has over them is the high competetive environment they play in. They had an immeculate run considering the tough opponents they had to face. Teams like ktRolster, KOO Tigers, Najin e-mFire, CJ Entus and Jin Air Green Wings come to mind, which makes SKTs run more impressive than Fnatics. You could say all of those teams listed would have had a decent chance of passing the group stage. Now lets take a look at the EULCS and which teams are going to be participating in this years World Championship. Fnatic, the team that went 18:0 in the regular split, completely dominating their region, are considered of having a good shot at advancing from group B. Origen, who would have had a chance of moving on to the next stage if not for the draws. It feels like the group draw was the last nail in the coffin for them considering they have to face the hottest team of Chinas LPL, LGD, and the 2nd seed of Koreas LCK, ktRolster.

Now let’s take a look at Faker the player that is considered the best of all time. Pure talent and the thurst to win another World Championship title. This year Faker will give his opponents a good run for their money.

Faker, the player that plays every champion to it’s maximum. With an outstanding performance on Master Yi and Irelia in mid lane, Faker showed us that there is more than just the meta picks. He is thinking outside the box. He is the player to watch out for this World Championship. I am looking forward what he has in store for us and what crazy plays he will pull off.

Faker is a fantastic player to have on a team, but this year the spotlight is not solely on Faker. You need to take a look at the bigger picture of SKT T1. The past months and patches Marin proved to be a threat that is to reckon with. With his versatile playstyle and a good grasp on the meta, he truly is a great addition to the SKT T1 starting lineup.

Marin has the luxury of being able to freely pick from his champion pool, since you will rarely see a ban targeted at him. So it is likely to see some of his best champions in action, with astonishing performances on Gnar, Rumble and Maokai with which he has a unbelievable winning streak of 24 games, he is the the key to rounding out SKTs teamcomps. And a big bonus is the immecular play from Marin on these champions. You will rarely see him do poor.

How should we start of with the next player? Most likely with a BANG! With 9 different champions played this split, Bang proved to be one of the most versatile ADCs. It seems like enjoys playing Vayne and Corki the most. Obviously he is a great addition to SKT T1 and played a big factor in the teams success this split. With only 2 losses in 23 games, this team and its players look really solid and on top of their game.

Bengi is back! After a season with some shaky performances out of him and seeing T0M in the starting lineup, he is back once again in old fashion to help SKT secure their 2nd World Championship title.

We can look forward to a really strong and consistent SKT T1 at the World Championship. The group stage will be bloody when SKT faces Chinas LPL team EDG that snuck the 1st place at MSI from them. After their defeat at MSI, SKT is seeking revenge to prove once again that Korea indeed is the greatest region of all.