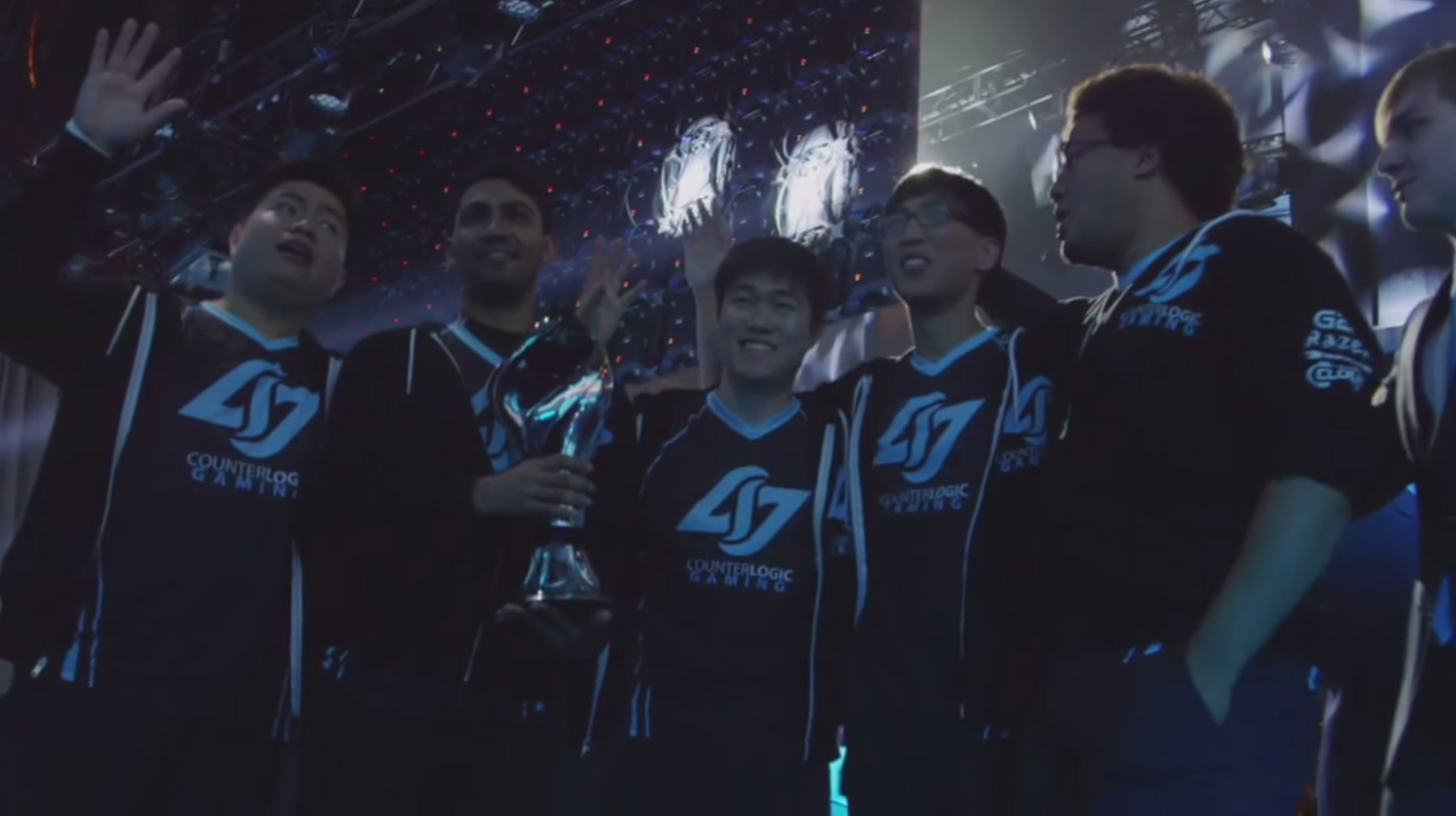 The faith age has come to an end.

North America’s first seed Counter Logic Gaming has not only been eliminated from the 2015 League of Legends Worlds Championship, they’ve placed last in a group after being considered one of the favorites to place in the top two. After a strong run in the North American Challenger Series playoffs, CLG carried their fans’ expectations across the Atlantic to the battleground of Paris. The management was ecstatic, and the players were confident; Top laner Darshan “ZionSpartan” Upadhyaya was outspoken about his team’s chances to advance through the World Championship.

Then, CLG plummeted in the group stage. Having lost twice to the KOO Tigers and splitting their two games against Flash Wolves, their last hope lied with KOO beating FW  in order to force a tiebreaker with the Taiwanese team, should CLG defeat Brazil’s paiN Gaming afterwards. When KOO lost that pivotal match, CLG’s Worlds dreams died.

CLG looked like the strongest North America had to offer, but the system which facilitated the faith-fueled engine fell apart. CLG were unprepared in terms of attending support staff and game plans, while simultaneously having those issues exacerbated in a format where your absolute best is demanded every moment.

CLG changed their staff drastically at the start of 2015 Summer Season. After William “Scarra” Li stepped down as coach, CLG brought in Chris “Blurred Limes” Ehrenreich as Head Coach and Tony “Zikzlol” Gray as Strategic Coach. Gray had worked as an analyst for the team prior to this promotion, and Ehrenreich had education and experience in coaching football. Alongside these two, sports psychologist Weldon Green was employed and brought to work within the team house. In addition to this, long time Mid-Laner Austin “Link” Shin was replaced by Eugene “Pobelter” Park on the team.

The changes resulted in immediate improvements. To Green’s credit, performance issues  from poor mental fortitude which had long plagued the team evaporated. The drafts were better for the squad, in parts due to Gray’s research and leadership. The outcome of these efforts, in this case the NA LCS Summer 2015 Championship trophy, reflected Ehrenreich’s effective management for the squad. After these changes, CLG were coherent; they were strong.

At Worlds, two things changed: first, Weldon Green did not do any on site work with the team, which may have played a large part in CLG’s failure. Second, and more crucially, Gray’s strategic preparations for the tournament seemed limited—by drafting similar compositions in all of their games, CLG offered no surprises to force other teams to adapt.

“Tilt” is a word often used in the community to describe ineffective, desperate play. Unusual mechanical misplays, bewildering shot calls, and quirks when playing from behind have all been considered results of tilting, but is that what happened with CLG? When one considers the circumstances, it’s a possibility.

The groups began with teams playing one game a day and each group having a day off. Under this format, CLG started 2-0. They beat the Flash Wolves in a game closer than they would have liked, but had an easier time against paiN gaming. Pobelter played Lulu in both of those games, and Yiliang “Doublelift” Peng utilized fast pushing AD Carries like Tristana and Jinx. Jungler Jake “Xmithie” Puchero consistently ganked ZionSpartan’s lane to snowball him. So far, CLG showed only one style of play.

Then, the KOO Tigers crushed CLG. They banned Pobelter’s Lulu away, ganked ZionSpartan before Xmithie could, and comfortably bested CLG team fight after team fight in the mid game. It was a dominant stomping.

This surely must have come as a surprise to CLG, given their abundant confidence. To lose to an opponent they thought they could “handedly beat” so convincingly, after struggling against arguably weaker teams than KOO, may have shattered that optimism. This is not to incite blame on the player’s for believing in themselves—trusting in yourself to succeed is important to perform. Rather, we must question whether that certainty was more helpful or detrimental to the team. Did it inspire proper preparation, or breed hubris? We can’t say for sure until the team and staff steps forward to offer explanations, though it is open to interpretation.

In the second week of groups, the format changed to something akin to the retired “Super Week” format of LCS, where teams play several different opponents in a day. CLG were tasked with playing the other teams in Group A, and this gauntlet started with the rematch against KOO. Once again, CLG were defeated easily. Only a few hours later, they had to retake the stage and face against the Flash Wolves, and lost that game as well. With FW beating KOO immediately after, CLG’s final game against paiN had no bearing on them leaving groups.  Following a poor draft, CLG lost to paiN in a less than serious game.

CLG did not win a single game after their first loss. They started the second week of groups by losing to the one team which had decisively beaten them before again, and still had two more games to play. Considering the decline in CLG’s play throughout the tournament, it’s within reason to say CLG tilted. They did not perform at their best, and played worse following each defeat. The absence of Green may have limited CLG’s ability to regroup and take each game fresh, though that is difficult to say since we have not seen CLG lose an important game since before their playoff run, and considering they had hours, not days, to reset before the next game.

The issue which can certainly be targeted is CLG’s preparation. Except for their last game, CLG stuck with the same style of composition: Doublelift used a fast tower pushing hyper carry, Pobelter handled a wave clearing mid with zone control, ZionSpartan played a bruiser which Xmithie would try to gank for, and Aphromoo went for pick-off supports. Once KOO showed how to play against the composition, other teams within the group simply had to emulate the approach. That never occurred, at least with the efficiency KOO had, but CLG didn’t bother to change their playstyle regardless of it being defeated.

It’s unknown whether CLG only practiced this composition or if they were looking too far ahead by being more concerned with hiding picks for the quarterfinals rather than securing every win possible in the group stage. In either case, the support staff errored greatly: preparing only one composition for a tournament with massive shifts in the Meta is inefficient; on the other hand, being too conservative with what you show as the situation grows dire is a risky call, especially when that approach has been dismantled.

One of these factors by itself is enough to rattle a team. However, the interplay between all of them was devastating. CLG, unexpectedly faced with the most devastating defeats they have experienced in months, without the professional help from the sports psychologist who was touted as to have made great improvements to the team, collapsed. With their bid for Worlds over, CLG can only learn from what has passed.

Maybe then, the faithful will be rewarded.