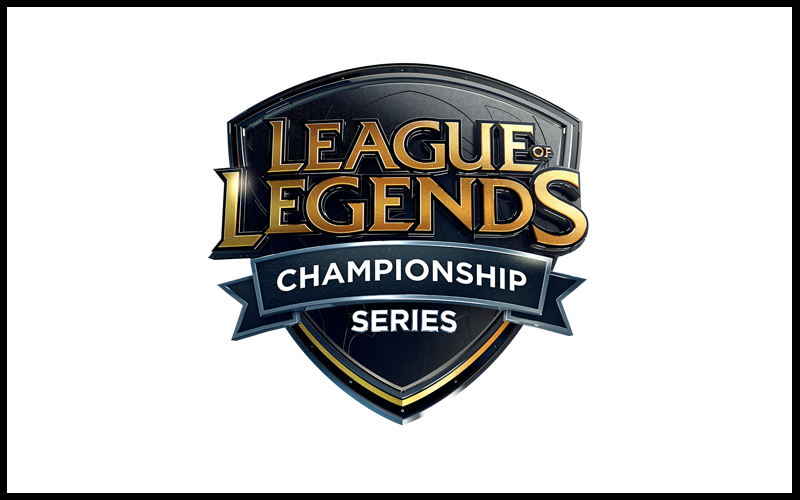 Foreword: The LCS is no longer needed to ‘advertise’ League of Legends. We have transitioned beyond a mere game, or a corporate device, to something more. We have become a sporting code. The largest eSport in the world, or that has ever existed.

The League Championship Series (LCS) has become the staple of western League of Legends, with both NA and EU sporting large viewing numbers, fantastic production quality and the highest level of play in their respective regions. However, it wasn’t always quite so smooth sailing for Riot Games or the teams involved, as they had to develop both the League and infrastructure of each scene quite significantly for it to reach the level it has.

To the credit of all involved, the state of both the competitions and living conditions have improved dramatically compared to what we saw in the early days of the competitive scene. Recently (as recent as six months ago), we’ve seen coaches on stage during draft, rosters with multiple substitutes replicating what we see in China and Korea, in addition to some of the biggest support staff teams ever seen in western eSports.

However, with all the positive changes that have been made, eyes are starting to turn to the best-of-one format as it becomes more apparent that the lack of a series based format is hurting the LCS.

There are several reasons as to why analysts believe the best-of-one format is due to be abolished, however it must be noted just how difficult it is for Riot Games to alter the format in its current state.

Altering the format of the LCS is a complex process that requires Riot Games to work with the target audience and time frame they’ve already developed. If we’re talking about a best-of-two series format, then we would need to double the current number of 18 games in a 9 week period (to 36). Complications arise in nearly every scenario, so it is certainly not a simple matter.

Touching on the target audience is important, as if the format were changed to best-of-three (as seen in Korea) we would certainly divide the viewing audience as every team currently plays each day, with two days per week. This would result in certain matches or days having significantly lower viewer numbers, although the higher numbers on bigger matches would be sustained for a longer period of time. Whether this or not is a good idea is up for debate, but the best-of-three format would require additional days in the week. The workload for the casters and teams must also be considered. A caster team could be assigned to each specific day, and the teams would have a higher level of preparation due to only needing to prepare for one opponent, and the match would also arguably be a better spectacle thanks to the series.

“In LCS, you compete in LCS right now, you play 18 games a season. You compete in Korea right now, you play 18 best-of-threes. You could play theoretically triple the number of games in the booth in that competitive environment, practice, because you’re playing best-of-threes instead of best-of-ones, adapting over a series, which is a much more valuable skill if you want to play in a best-of-five, in a playoff, at Worlds.”

There is no doubt that for a regular season format, best-of-three is certainly the most skilful, requiring a consistent performance over a series, good adaption to various events that only occur in a series which in turn offers the best experience and practice for LCS playoffs / international tournaments.

Ryan Tang in an earlier article discussed the entertainment and viewership aspects of the potential best-of-three, making some good points such as improved storylines over the series, the ticket sales could go up due to the increased days of play. In addition, he related a best-of series to traditional sport where coaches and players can make adjustments through the progression of the match.

Ultimately, best-of-three might be a bit much for the LCS, but all of this is up for debate and very heavily revolves around satisfying the target audience and predefined time frames the LCS is played in.

So, what of the alternative? China’s best-of-two format is a shorter series that faces the same challenges as the best-of-three format, although to a lesser extent which may make it more viable for the LCS to employ. That said, it would introduce the potential of ‘ties’ or ‘draws’ to the LCS, which can make a ladder very close and exciting for the fans, such as the current LPL where the top 7 are divided by 5 points, halfway through the season.

We’ve already spoken a little about it, but Korea plays 18 best-of-threes, anywhere from 36 to 54 potential games over 12 weeks — China plays 22 best-of-twos for 44 games over 11 weeks (not including Demacia Cup), both of these regions play in a series format.

The LCS is played in a single game format, totalling 18 games over a 9 week period.

And as we’ve already discussed, there is no doubt that a series format would be an improvement in this instance. However, it is difficult to implement. Whilst receiving input on this topic from several prominent industry figures, many different theoretical solutions were suggested. In this instance, arguably the most logical (and the easiest model to implement into Riot’s pre-existing one) solution was devised by theScore’s Kelsey Moser.

Essentially, the suggested format was to keep the current days, in addition to having a game (or games) following the challenger series mid-week. The reason this idea appeals is because firstly, it poses a solution where we can fit in a full rotation of matches in a week, while sustaining the current time periods already in place. Ideally, this would be used with the best-of-two format over three days similar the current iteration of LPL.

This theory results in the increase of views and exposure for the challenger series, which is important considering teams like LA Renegades and formerly Origen — fully fledged organisations with gaming houses and accomplished players — are participating and vying for an LCS spot. The Challenger Series is becoming less and less of an amateur scene, and some choice matches broadcasted alongside the LCS could bring a surge of viewers to the scene.

Without wanting to make this article an influx of theoretical suggestions — Kelsey Moser’s suggestion is the most beneficial to the community, to Riot Games and to the teams that has been presented so far.

Moving to Worlds, best-of-one in the group stage is a tricky subject due to time constraints. A theoretical exercise on potential improvements to each group stage could easily result in a few different solutions, however considering the grandeur of the World Championship, a note on the format of the event felt necessary.

In the group stage, teams currently play each other twice in a group of four for a total of 6 matches.

A points based system (like in the FIFA World Cup) could work here. It’s an element of traditional sports that would go hand in hand with the best-of-two format in this instance.

In a group of four, you assume three points for a win, one for a draw and none for a loss. You also assume three games to play (vs. your three opponents). If this were a best-of-two format, you could have a much more strategic group stage with actual series and exciting scenarios with close points as opposed to an outright win or loss based on a best of one. The outcome is the same (6 games played in 3 matches) but it allows for a points system. Of course, tie-breaker games would be necessary, which could see a best-of-three help this format.

With all the variables offered in the theoretical examples discussed here, the issue is not whether or not there are legitimate solutions for the format. There are indeed countless possible forms the season could take on to improve its format. However, the challenge Riot Games face is improving the western leagues without disrupting international events (or their own viewer base). In other words, they have a pre-existing time frame (which results in other regions having the same split lengths as the west) where it becomes difficult to adjust / improve the format due to the restraints they have levied on themselves.

Ultimately, suggestions and theory are helpful but the only people who can improve the format and schedule are Riot themselves, as only they know which of these restraints are flexible.

However, the difficulty evidenced in the task should not take away from the fact that western League of Legends (and indeed, the World Championship) has evolved beyond the best-of-one format.

The time has come for the advancement of the way League of Legends is played in the west.

Credit to Riot Games for the image.

Written by Mitchell “Zeju” Smith, who hopes that this article inspires positive change in the western League of Legends format and beyond. If you enjoyed this theoretical journey you can find him on Twitter, @Zejura.

Around fifteen individuals were spoken to for input on this topic. Of those fifteen, none were in favour of the current best-of-one format.