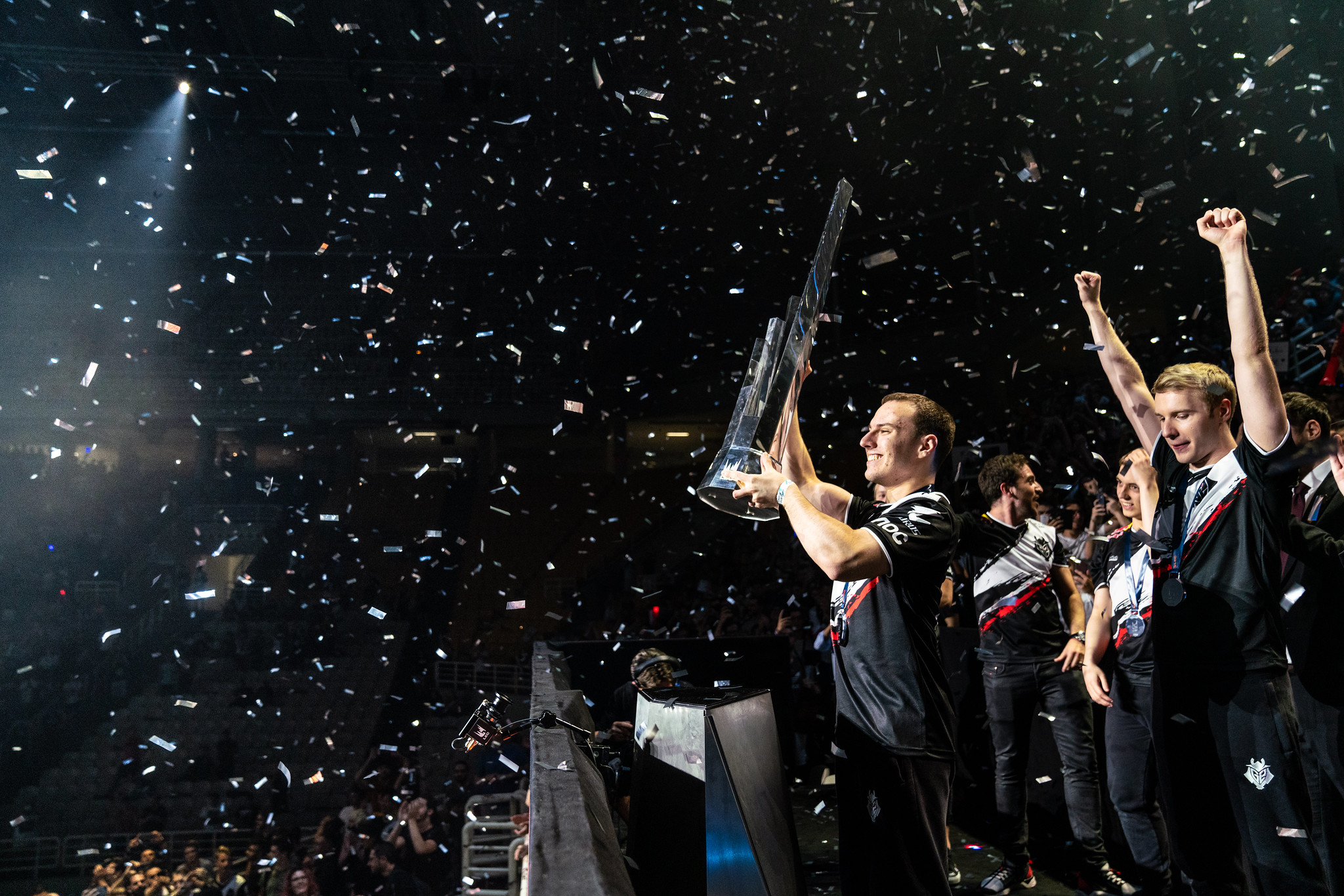 Over the past two years, the LEC has rapidly become one of the best regions in League of Legends through its ability to nurture homegrown talent and European teams’ love for unique compositions and strategies. The power balance in the LEC has shifted quite a bit over the last couple of weeks, though.

Several familiar faces have moved on to greener pastures, while newer players have taken their place to make a name for themselves on the biggest stage in the region. Some teams have stayed relatively the same, hoping to build upon what they’ve gained in 2019.

Ultimately, every team in the LEC has one goal: to overtake G2 Esports, who sit at the peak of Europe. The defending LEC champions had one of the best years of any Western team and were leaps ahead of the competition. They are the standard that top European teams hold themselves against.

Can anyone stand up against G2 Esports this year? Will we see another rookie explode into the pro scene? Here are some of the best storylines to follow in the LEC in 2020.

Former Fnatic coach Joey “YoungBuck” Steltenpool has finally found himself a clean slate over on a struggling Excel Esports squad that should improve under the tutelage of an experienced coach. The only thing is, will YoungBuck’s leadership be enough to push Excel up the regular season standings?

YoungBuck has spoken about the multiple internal issues that plagued Fnatic throughout the year—although he won’t have these problems anymore, it’s no secret that Excel lack the same firepower that the coach’s old roster brought to the table. It’s most likely going to be a rough road for YoungBuck and his team in the beginning of 2020. Can this talented coach help this team grow to its full potential?

He’s back. Konstantinos-Napoleon “FORG1VEN” Tzortziou was one of the most polarizing players to enter the European League scene, captivating fans with some great AD carry mechanics, while also shocking people with his cockiness and attitude towards teammates and rivals alike.

It’s been three years since he played in the LEC, but people can’t help but expect great things from Schalke 04’s new starting AD carry. His return is one of the most anticipated events of 2020, but how much should we actually expect from someone who last played when H2K Gaming, Giants Gaming, and ROCCAT were still in the league? It’s a situation that would be best dealt with by expecting the worst but hoping for the best.

No matter what, you can expect FORG1VEN to bring his classic brash demeanor to entertain people on and off the Rift.

Fnatic looks for a fresh start with Selfmade and Mithy

It was an interesting year for Fnatic fans, who watched their team claw its way into the 2019 World Championship, only to falter against FunPlus Phoenix in the tournament’s quarterfinals. It was an end to a year that would have been successful for many other teams, but for Fnatic, was a step down from what people have gotten used to.

The team will be welcoming a new face to the roster for the Spring Split; jungler Oskar “Selfmade” Boderek is joining the team next year, replacing Mads “Broxah” Brock-Pedersen, while YoungBuck is getting replaced by former star support Alfonso “mithy” Aguirre Rodríguez.

It’s not certain how these changes will affect the internal issues the team has been dealing with, but sometimes, fresh faces can bring in new perspectives to lingering problems. Hopefully for Fnatic fans, these new perspectives can help Fnatic jump back up to the apex of the LEC next year.

Origen’s new roster will reach for the stars in 2020

Origen have had a busy offseason, picking up three new players in jungler Andrei “Xerxe” Dragomir, star AD carry Elias “Upset” Lipp, and former OCE support, Mitchell “Destiny” Shaw. There are plenty of upsides to this new roster and this young lineup could become something amazing in 2020.

Xerxe has always been an interesting jungler to follow, since he tends to flip-flop between looking like a top three jungler in the region to having pretty bad games. He was an important win condition for Splyce in 2019 and should be equally as important for Origen next year.

The bottom lane, however, is the most exciting prospect to watch out for on this team. Upset has already proven that he has the potential to be a top three ADC in Europe, while Destiny went to Worlds for the first time this year with Mammoth and showed that he too had plenty of promise in store for the LEC. On paper, Origen looks like a top three team in the league.

After a pretty great run through 2019, OverActive Media has made the decision to rebrand Splyce to MAD Lions, while also bringing over four new rookies to build around 19-year-old mid laner, Marek “Humanoid” Brázda.

Once again, Europe is debuting a multitude of rookies this coming year—we can guess that a handful of them will blossom into LEC mainstays through their first year in the league, like many others have before them.

Although MAD Lions might have some hiccups along the way—as does every rookie roster—the potential they have to grow into stars is undeniable. We’ve only seen great things come from this team, like SK Gaming’s Juš “Crownshot” Marušič, or Fnatic’s Tim “Nemesis” Lipovšek and Oskar “Selfmade” Boderek. Let’s hope that these four newbies can bring the heat in 2020.

After the most successful year of any Western team since Fnatic won Worlds in season one, G2 Esports have decided to run back their championship-winning roster for another year.

The European powerhouse came so close to capturing the Summoner’s Cup this year but were thwarted by a determined FunPlus Phoenix. Next year, however, could be a different story. This team is so far ahead of the competition in the LEC, and they’re only going to get better as they gain more experience with international talent.

Boasting some of the best players in the world with some of the most creative strategies we’ve seen, G2 are ready and willing to make another deep run for the World Championship.