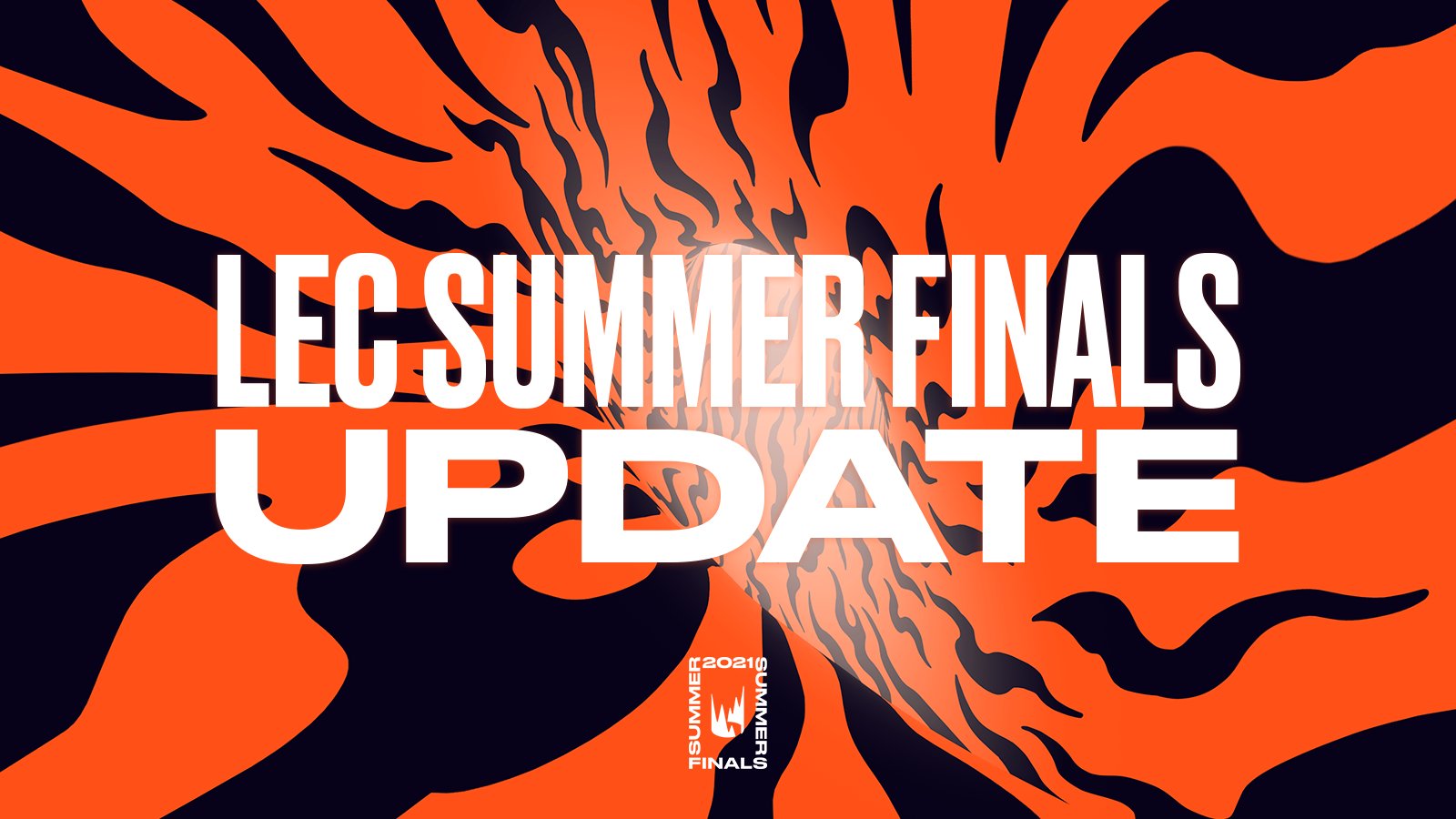 It’s been a long time since European League of Legends fans have been able to watch some live LEC action at a big venue. And it doesn’t seem like that will change this year since the league confirmed today that the 2021 Summer Split finals will be held at the Berlin studio.

The LEC is still “constantly assessing the local regulations,” but due to the circumstances surrounding COVID-19, officials might not be comfortable with hosting a live event at a venue just yet. The league is preparing something special for when the pre-show begins, but League enthusiasts should expect that fans won’t be allowed at the studio either.

Since March 2020, the league has been strict on its policies and practices with the pandemic. When the LEC teams returned to the studio halfway through the 2021 Summer Split, the league was vigilant in protecting its players and staff by only having three games played per day on stage. This way, the staff at the studio had enough time to prepare for incoming teams, while also ensuring that they could safely distance everyone inside.

Related: LCS Championship to be held at the LCS Arena, will have no live audience due to COVID-19

In a similar vein, the LCS planned to host its Summer Split finals at the Prudential Center in Newark, New Jersey, as a grand return to stage play in front of a live audience. A few weeks later, however, the league was forced to cancel the event and move the finals back to the LCS Arena in Los Angeles, with no live audience in attendance. “Given the current state of affairs, we cannot in good conscience conduct a massive fan event at this time,” the LCS said.

It’s been a while since the last time EU fans got to cheer on their favorite teams in person, but these precautions are necessary to help keep LEC players and staff safe while COVID-19 continues to affect the globe. The 2021 LEC Summer Split playoffs will continue with a matchup between Misfits and Fnatic on Friday, Aug. 20.