On his 10th birthday, Teemo gets a bunch of PBE changes

Riot is trying to make League’s most infamous champion even more toxic. 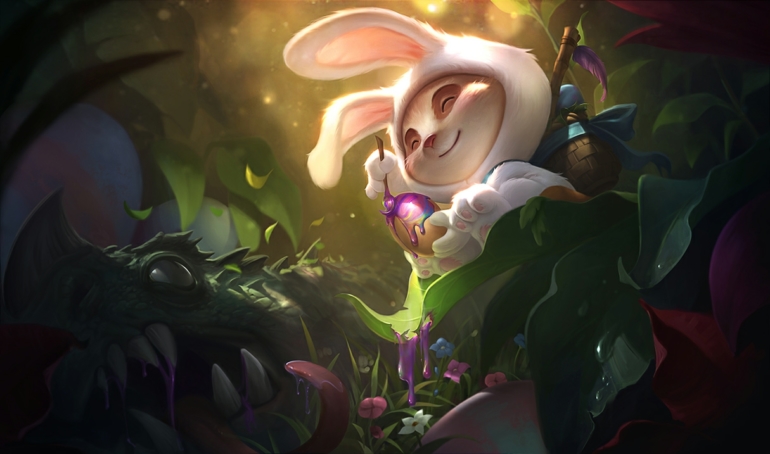 In case you haven’t heard, League’s original 17 champions just turned 10 years old this week. It’s an important milestone for a game that’s captivated our attention for a decade now.

Today is formally Teemo’s birthday. And as a present, Riot is giving him some shiny new abilities on the PBE. To be clear, these appear to be highly experimental and may never make it close to the live servers. And since it’s Teemo, it’s possible that Riot is trolling us, because you never know with that little devil.

The changes reflect a pretty heavy rework to his kit. His poison, which is on his E, would move to his passive. It would scale with levels and also get a boost from his other poisoning abilities, his Q and R.

His passive invisibility would move to his E and become an active ability that can be used even when Teemo is moving. It would be downgraded from invisibility to camouflage, however, meaning champions within 700 range (or seven Teemos) would still see him.

Finally, Riot is looking at buffing his R, the toxic mushrooms. Yes, Riot is trying to make Teemo more toxic. Riot would do this by increasing the amount of shrooms he can carry at later levels, as well as making them tankier so clearing them is less trivial. Teemo would also have more mana and mana regen, so pumping out those shrooms won’t be a problem.

We’ve only talked about buffs, but in order to balance these changes, Riot is taking away damage from his Q and R. The idea is that random mushrooms won’t hurt as much once stepped on, but if Teemo is nearby with his new passive, he can still deal a lot of damage.

We’re not sure how long the changes will be on the PBE, given their experimental nature—so you better catch them while you can.