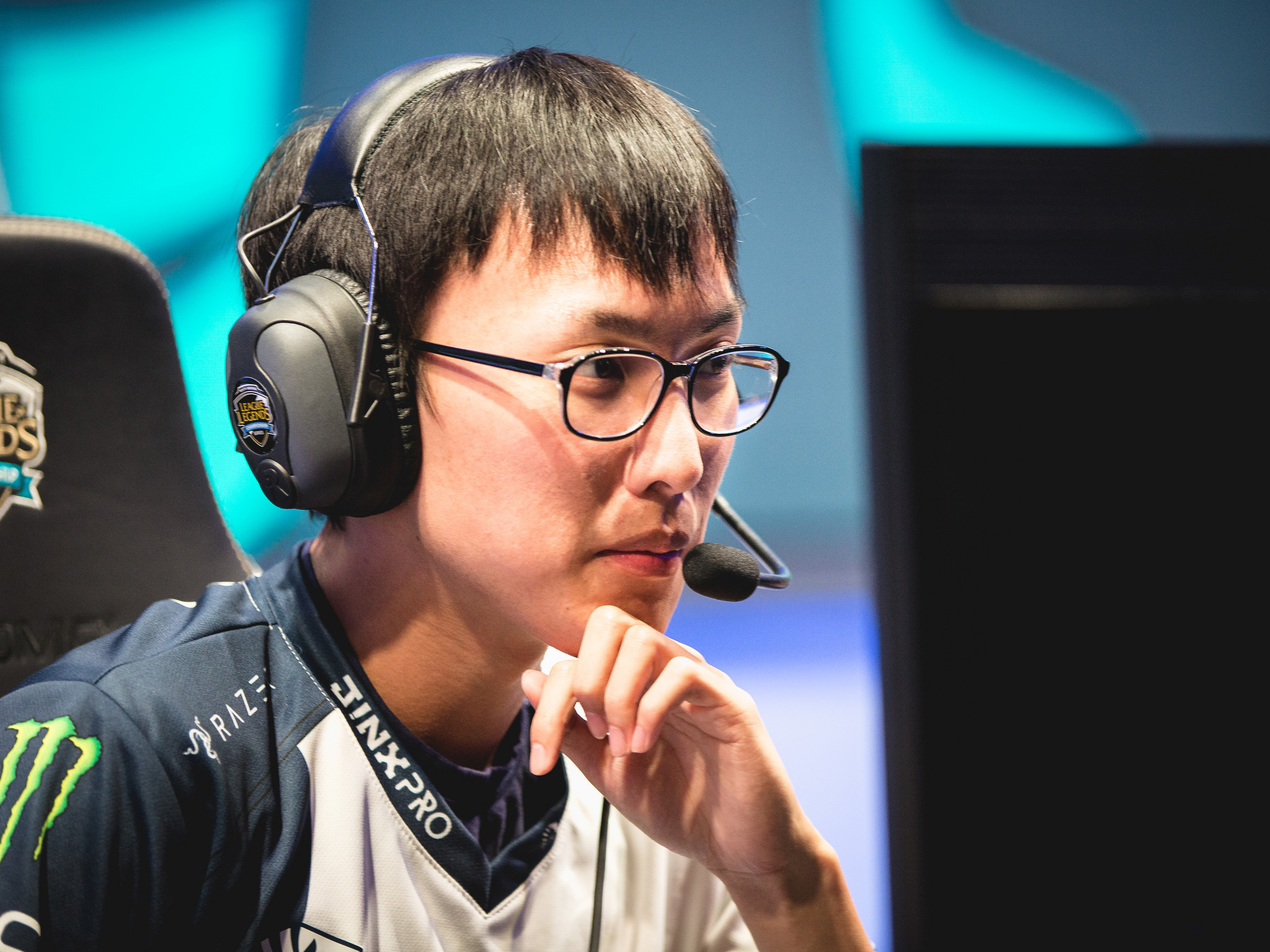 When Yiliang “Doublelift” Peng found himself on Team Liquid in the spring of 2017, it was a move borne out of desperation.

The team had crashed through the NA LCS table, firmly in last place. Liquid’s well-known curse, which normally just kept them from the top three, now had them facing the promotion tournament in a bid to keep their LCS spot.

For Doublelift, it was a time for career introspection. Coming off a rough Worlds tournament at the end of season six, he took a break from TSM to see what life was like outside the pro player bubble. But the itch to play remained, and eventually, he needed an outlet—any outlet to figure out if he still had it. He found it when TSM agreed to loan him to Liquid for a few weeks.

The union worked—Doublelift carried Liquid, and got them out of the Promotion Tournament before going back TSM for another Worlds run. Now, Doublelift is with Liquid again. And this time, the move is for good.

Doublelift saved Liquid last time he was on the team. Can he do better this time and finally carry Liquid to playoff success?

Any success that Liquid has this year will rely largely on the talents of the all-star bot lane. For years it seemed like Liquid would never move on from ADC Chae “Piglet” Gwang-jin, a legend that the team was built to support. But faced with an offseason of opportunity, founder Steve Arhancet pulled the trigger to bring in Doublelift. And it wasn’t just Doublelift. Liquid also signed three ex-Immortals players, including support Kim “Olleh” Joo-sung.

Olleh was not known as a star prior to joining Immortals. In fact, after leaving KT Rolster Arrows in 2013, he bounced between regions, never really finding a home. But given a year to grow with Immortals, Olleh really found his niche: as a playmaking support who worked well with the jungler to control games. He turned Cody Sun from a tentative rookie ADC into a veteran carry who was one of the best in NA.

It’s easy to get carried away wondering how good a Doublelift-Olleh pairing could be. But Doublelift has been paired with a so-called star before: in 2016 when TSM signed both him and Bora “YellOwStaR” Kim. That pairing was disastrous—YellOwStaR was booted shortly after the split ended in favor of a rookie, Vincent “Biofrost” Wang.

Doublelift couldn’t trust YellOwStaR’s poor mechanics and inability to assert himself. Olleh shouldn’t face the same issues, having learned to be a proactive shotcaller. And Doublelift has changed a lot since that first TSM split—he’s become more vocal himself but also more of a team player. There’s a lot of hope that this pairing could be good, even the best in the region. Liquid will need that, because the other positions aren’t going to win on their own.

Which solo laner will step up?

Liquid will reunite Doublelift with mid laner Eugene “Pobelter” Park, whom he played with on CLG years ago. Pobelter comes with Jake “Xmithie” Puchero, a fellow Immortals player that he made Worlds with last season. It’s a solid, veteran pairing that should be able to hold down the fort. Top laner Jung “Impact” Eon-yeong, signed from Cloud9, is that type of player as well. But solid is not going to be enough, not if Liquid want to break their curse of finishing fourth—or worse—in NA.

This is the biggest question Liquid have to answer. Cloud9 tried turning Impact into a more carry-oriented player, but he’s still more comfortable on tanks. Impact had two incredibly fun wins on Singed in the Worlds quarterfinals against Team WE, but he’s just a better tank player. Often, C9 would funnel resources into mid laner Nicolaj Jensen and let Impact do typical tank things: soak damage, absorb pressure, and initiate fights.

That means Pobelter will have to start exerting more pressure in the mid lane. But like Impact, Pobelter has historically been better with a strong solo laner around him. In 2016, he had Heo “Huni” Seung-hoon. Last season, it was Lee “Flame” Ho-jong. We haven’t seen Pobelter really carry from the mid lane position in a long time.

The fact that Doublelift is pretty self-sufficient and Olleh is solid at roaming gives Liquid more tools to prop up the solo lanes. But at the end of the day, they can’t just rely on teamfights where Doublelift can pour damage in. In order to win in any meta, they’ll need one of the solo laners to step up, big time.

It’s ironic that NA’s most cursed team was originally named Team Curse. That name is no longer funny in 2017, not with one of League’s most anticipated new rosters. Anything besides a deep playoff run would be a bust for this squad.

A team with Olleh and Xmithie calling the shots, Doublelift firing away, Impact on the front line, and Pobelter’s champion pool should do well. It shouldn’t take a team of veterans as long to jell as some of the other rosters we’ve seen. On paper, this should be a squad that knows how to play together.

But until we see it, it’s impossible to tell how these players will fit. This is the largest wholesale change to an existing roster we’ve ever seen in NA. We don’t know how they’ll lane, make assignments, or play around objectives. We don’t know if shot calls will go well or if everyone will be on the same page. When TSM brought Doublelift, YellOwStaR, and jungler Dennis “Svenskeren” Johnsen together before season six, they had resident veteran Søren “Bjergsen” Bjerg who was the clear leader that the new players would have to fit in with. Liquid doesn’t have that type of carryover leadership.

The closest thing Liquid have to that kind of leadership is Xmithie. The famously even-keeled jungler has never had the best mechanics. His struggles on Sejuani, an extremely simple champion, are meme-level. But he’s a winner because he knows how to organize people.

Whether it’s Xmithie or someone else, Liquid will have to hope then that a leader naturally emerges. And it’ll have to hope that the others will follow him. That’s what it’s going to take to break the curse and finally send Liquid to Worlds.