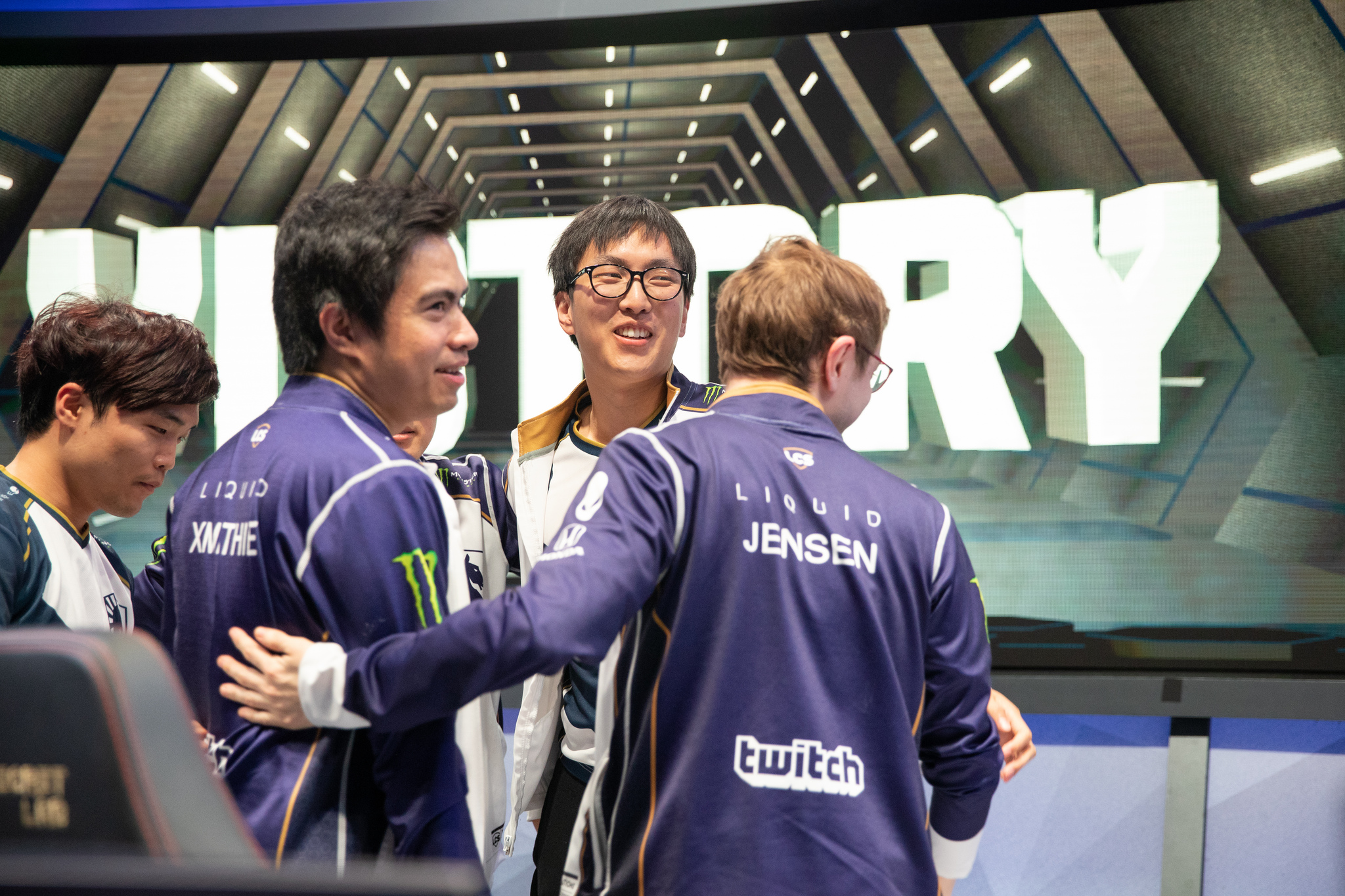 After taking down the surging TSM squad last week, Cloud9’s shot at dethroning Team Liquid as the LCS’ best team had finally come. But after the two team’s bout earlier today, it became clear that Liquid weren’t ready to give up their crown.

After 40 minutes of constant teamfights, Liquid ended Cloud9’s eight-game winstreak, further distancing themselves from the rest of the league in the standings with a 12-1 record.

Despite being at the top of the league and already one win up on Cloud9 in the head-to-head matchup, Liquid AD carry Yiliang “Doublelift” Peng came into today’s match worried. “I was really nervous coming into the match because [Cloud9’s] a really strong team, and they usually own us in scrims,” Doublelift said in the post-game interview. “They had some interesting strats. Xayah and Rakan is a really really hard matchup for Galio support since the kill potential they have is really insane.”

Cloud9’s interesting strategy looked to counter Liquid’s strongest lane by drafting arguably the most oppressive bot lane in Xayah and Rakan—but the plan didn’t really work. Doublelift and support Jo “CoreJJ” Yong-in simply bided their time as Kai’Sa and Galio, as did the rest of Liquid, who had fallen a bit behind in the early game.

And soon enough, Liquid found their chance in the mid game in the form of teamfights. While fights rarely ended with one side acing the other, Liquid constantly came out ahead in kills, which translated to objectives.

Not even stealing the Baron was enough for Cloud9 to make their comeback, with Liquid answering back with the Elder Dragon and a couple kills in return. Once Baron had vanished from Cloud9, Liquid had the go ahead to close out the game.

Now on a five-game winstreak, Liquid’s only loss of the split has been to third-place TSM. “That loss was a huge wake up call, so it was really great,” Doublelift said reflecting on Liquid’s loss to his former team. “We were all really upset, and we really hated losing to TSM, and that can be a really good thing.”

Team Liquid will have to wait until March 24 for their shot at revenge against TSM.