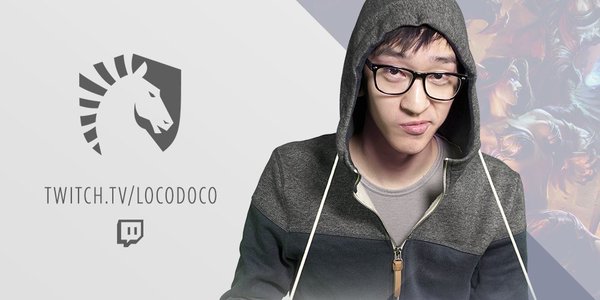 One of the quietest storylines heading into the season was Team Liquid’s acquisition of Locodoco as their head coach, a move that was foreshadowed by his earlier move to the organization as a content creator. Although Locodoco had a well-established history of stellar results in the LCS (two first place finishes, one runner-up), Liquid’s move was treated with ambivalence if not outright disdain. Citing problems from the 2015 Summer Split, many fans, especially those who had closely followed his career on TSM, claimed that Loco simply lacked the authoritarian nature needed to be a head coach. His old organization seemed to agree, hiring an outsider from traditional sports rather than picking up another ex-player like Locodoco. However, these criticisms seemed somewhat short-sighted. It was less than a year ago that Locodoco and longtime friend Lustboy had helped orchestrate a dramatic Season 4 turnaround for TSM. TSM’s success in the Spring Split and IEM World Championship had been even closer. However, perhaps in an attempt to exonerate TSM’s players of wrongdoing, fans were eager to throw away Locodoco’s previous success and dismiss his coaching career.

After a strong regular season turnaround, Locodoco has proved his critics wrong. While other teams with new rosters, such as TSM and Immortals, took a “win now” approach by filling their lineups with veteran players, Team Liquid’s roster could only be described as rebuilding. Due to a variety of unexpected circumstances, one of North America’s most individually talented teams found itself filled with newcomers. Managing a line-up with 3 rookies in Lourlo, Dardoch, and Matt, as well as two Koreans who had historically struggled with team play issues after moving to America would have been a difficult challenge for any coach, but Locodoco acquitted himself well. A team that once seemed destined for relegation finds itself heading to the play-offs with one of the best records in the second-half of the NA LCS.

Although a run to the championship seems unlikely, the story of Team Liquid serves as yet another chapter in Locodoco’s coaching career which demonstrates his unique strengths. With player buy-in, Locodoco has created intelligent systems designed to maximize the success of his players.

Team Liquid and the Curse of Early Game Dominance

Team Liquid (and Curse before them) has historically been known as an early game dominant team which falters in the late game. Although Liquid’s players have constantly changed, their inability to build late-game synergy has been a key part of their team identity, one which has led fans to speculate that manager Liquid112’s approach of acquiring star players comes at the expense of team cohesion. Nowhere was this more apparent than last season’s Summer Split, when a roster stacked with regional all-stars failed to qualify for the World Championships in spite of multiple opportunities and a first-place regular season finish. One of the most obvious problems with Team Liquid was their poor teamfighting. Their carry players, Quas, Fenix and Piglet, had historically been known for dueling and split-pushing rather than 5v5 teamfighting. But in spite of their clear 1v1 skills, Team Liquid repeatedly sought 5v5 engagements, hoping that their early gold leads would be enough to sustain their poor team play. This strategy was successful against weaker regular season opponents, but consistently failed Team Liquid in the play-offs.

On paper, this season’s Team Liquid isn’t as talented as the team last year, in large part because Liquid’s players are still becoming more comfortable with on-stage play. Quas and Xpecial should be miles ahead of their rookie counterparts, and even TL’s prodigy, Dardoch, is a newcomer without IWillDominate’s years of experience. However, a strong system has emphasized these players strengths, allowing them to outperform their veteran counterparts. Although Lourlo will never have the champion pool or mechanical muscle of Quas, his stronger sense of teamplay and reliable Teleports have had him a more reliable split-pushing threat. Teleport communication was one of Liquid’s biggest weaknesses last split, and although Lourlo was never a stellar Teleport player in the Challenger scene, his Teleport usage has markedly improved as the season went on. Liquid’s jungle-support duo meanwhile, have firmly established themselves as stars of the team, in large part because they play with a synergy that Xpecial and Dominate never approached. This synergy is entirely due to the player’s inherent skills, and it is wrong to give Locodoco credit when the pairing had demonstrated similar cohesion without their newfound coach. Where Loco has succeeded is in recognizing that synergy and building the team around it. It’s uncommon to give newcomers shotcalling responsibilities, but the bold decision has paid off. Liquid’s duo have consistently dominated the early game, repeatedly picking off opponents and sabotaging lane swaps with their unexpected roams.

This year’s Liquid has also maximized the talents of Fenix and Piglet, two highly-rated acquisitions who had consistently underperformed in prior splits. Whereas previous iterations of Team Liquid repeatedly emphasized their weaknesses (forcing Fenix to play uncomfortable champions and putting both duel-oriented players into teamfight scenarios) this year’s Liquid has allowed both stars to shine. Both players play similar roles on Team Liquid – they pick lane dominant champions (often off of counterpicks) build up large leads due to TL’s roaming duo, and take turns split pushing for the rest of the game. Loco has taken extra care to draft specific champions around the pair such that when one player holds a dominant split pusher, the other player receives a comfort champion with wave clear. Pairs such as Zed + Corki or Lulu + Vayne in last week’s LCS perfectly demonstrate Liquid’s strategy.

It’s hard to say which changes have been due to Locodoco and which have been due to changes in the team. After all, some of Liquid’s veterans, most notably Xpecial, had been declining near the end of last year’s split. It’s possible that all Liquid needed as just some fresh and enthusiastic young blood. However, it’s easy to see a marked difference in this year’s system versus last years. Liquid’s newfound emphasis on early game roams and split pushing is a stark contrast to last year’s failed approach of a stagnant laning phase into forced teamfights.

A Look to the Playoffs

Overall, teamfighting and a jungle-support focus aren’t wildly innovative concepts. In fact, they’ve been around ever since the beginning of League of Legends. Loco’s strength as a coach isn’t necessarily his innovation, but rather his ability to create a system and place his players in a position to succeed. Before the arrival of Locodoco, Liquid were unable to resolve their in-game issues. Players did not properly take turns split pushing and the team attempted to compensate by repeatedly forcing losing teamfights. Under Locodoco’s coaching regime, players have correctly organized into play-makers and supportive players. In addition, Loco was able to maximize his player’s strengths (individual play) while minimizing their weaknesses (communication and 5v5 engagements) by installing a split-pushing system.

With the play-offs just around the corner, Liquid face a tough match-up against NRG. Although Liquid is the higher seed, NRG is definitely the more threatening team on paper. However, one of Locodoco’s hallmarks on TSM was his ability to adjust picks and strategies in a play-off series to counter his opponents. The former Azubu Frost star has already put together a strong coaching performance by putting his rookies into a star position and helping Piglet put together his best individual split since early Season 4. With a deep play-off run, Loco’s coaching redemption will be complete.

Photo credits to Twitch.tv, The Daily Dot, and eSportspedia.