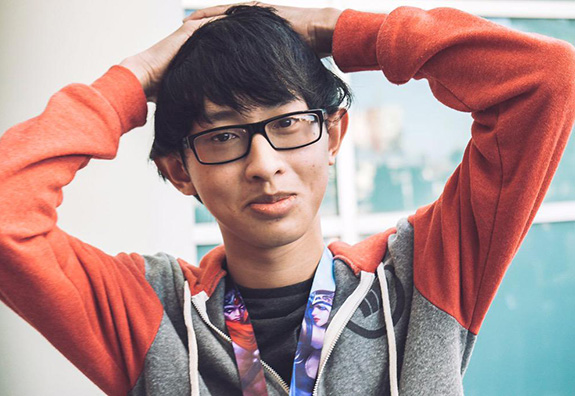 There are three teams in the NA LCS where the name truly says it all. Fans of Team SoloMid have joked about their mid-centric strategies since the days when Reginald played instead of Bjergsen. Counter Logic Gaming have become infamous for their strange roster moves. And even when Team Impulse played under the banner LMQ with an almost completely different roster, XiaoWeiXiao and his men have always aimed to take any fight possible. When thinking of Team Impulse, the main words that spring to mind are impulsive and aggressive.

After his team defeated Team SoloMid on Week 9 of the LCS, Team Impulse’s Adrian announced that he was stepping down from the starting support position, citing in-game conflicts with his teammates. The Team Impulse organization later released a statement stating that they hoped Adrian would return to the team’s starting roster. It’s great that the Impulse staff recognizes Adrian’s value. While Adrian was admittedly one of the team’s weak links in the Spring Split, Impulse’s late season surge in the Summer Split has been highly dependent on the quiet support. If Adrian leaves, he will be sorely missed. The team’s high powered trio of Rush, Impact, and XiaoWeiXiao may grab the attention of fans with their aggressive plays, but it is Adrian who sets the team up for success.

What does Adrian bring to the table?

It is the cerebral nature of Adrian’s game which sets him apart from Team Impulse. Where Team Impulse took any fight they could, Adrian would seek only favorable engages on Leona and Nautilus, and ultimately led the league in assists. Rush’s focus on carry junglers meant that he led the jungle position in damage dealt to champions, but his ward count was at the bottom of the league. Adrian picked up the slack by leading not only his position, but the entire league in wards placed per minute. (Stats found on OraclesElixir.com.) Adrian wasn’t the star of Team Impulse, but he did a fantastic job of helping his stars succeed. Although he had struggled to make an impact on competitive LoL before entering Team Impulse, the skills he developed will be critical to his future in competitive play.

Ever since the Korean region broke into competitive LoL, they have set the golden standard of support play. Korean supports were superior in both cerebral aspects such as vision control and in raw mechanical firepower. Recently many Western supports have greatly improved their mechanical prowess, but still struggle with their vision responsibilities. This is especially prominent in developing support players. When players like BunnyFuFuu or Vander first came into the LCS, they were already capable of making incredible plays on Thresh and Morgana. Many other players find themselves in a similar situation. Their individual mechanics are already very strong when they entered the league, what they needed to improve on to become top supports was their teamplay. By improving their warding and communication, both players were able to become top Western supports.

Perhaps because he was recruited onto Team Impulse as a role-player, Adrian’s approach to the game is the exact opposite of his peers. When he entered the league, he already had the vision and teamplay aspects down, he needed to both improve his mechanics and develop a style which fit in to the far more aggressive Team Impulse. While Adrian’s language barrier was an impediment to his shotcalling, his in-game play has been critical for Impulse’s success.

Adrian’s playstyle this season has been a perfect fit for both himself and his teammates. Many professional players will overestimate themselves and attempt to go for the outplay instead of the safe play. Adrian’s dedication to reliability is evident in his champion pool. Last season, Adrian mained Leona and Janna. This season, his main picks are Alistar, Janna, and Nautilus. Although the Alistar combo might be difficult for newer players, these champions all have one theme in common – reliability. With relatively few skillshots, these picks allow Adrian to focus on his vision and shotcalling while still providing Team Impulse with strong engage.

What these picks also have in common is that they play to what is arguably Adrian’s biggest strength. Although Adrian’s mechanics are only average, he has uncanny spatial awareness. On Impulse, these skills were usually particularly important. Rush’s talents are best used when he plays damage champions. Unfortunately, this means that the engage burden must fall on the other roles. TiP is also heavily reliant on Impact to carry, so Adrian is almost always playing the primary engage role. His ability to use the AoE engage abilities of Alistar, Nautilus, and Leona right as his opponents briefly clump together has not only earned him a career 68% win percentage on that trio of champions and has played a large part in his league-leading 82.1% kill participation, per lolesports.com.

It’s not just Adrian’s engages that will be sorely missed, but also his warding. Without Adrian’s engage abilities, Team Impulse will be hard pressed to win teamfights and will become even more reliant on winning skirmishes or outplaying the 1v1. Unfortunately for Impulse, Adrian was shouldering an unnaturally high warding burden. As mentioned earlier, Adrian leads the league in warding, which covers for the relatively poor vision control of Rush. Without Adrian’s vision control contributions, the team’s skirmishes or jungle invades will be even more difficult to accomplish. Impulse’s stars are some of the best brawlers in the NA LCS, so it’s likely they will still succeed with aggressive play, but the league’s riskiest team will become even riskier as the play-offs roll around.

Adrian is not a star support, but he is a reliable player with a strong understanding of vision and engages. Without his quiet contributions, Rush, XiaoWeiXiao, and Impact may still succeed, but they face a difficult road ahead of them with the playoffs right around the corner. It would ideal for both parties if Adrian returns to Team Impulse – he has fit in seamlessly as the brains behind TiP’s brawn. But if Adrian decides to move on, it’s likely that he will find himself back in the LCS before long.

EDIT: After reading this article, Adrian told me that he considered the skillshot-heavy Morg, Thresh, and Blitz to be his best champions. We haven’t seen much of them during his time in the LCS, but he will have a chance to prove me wrong when he returns to competitive play.