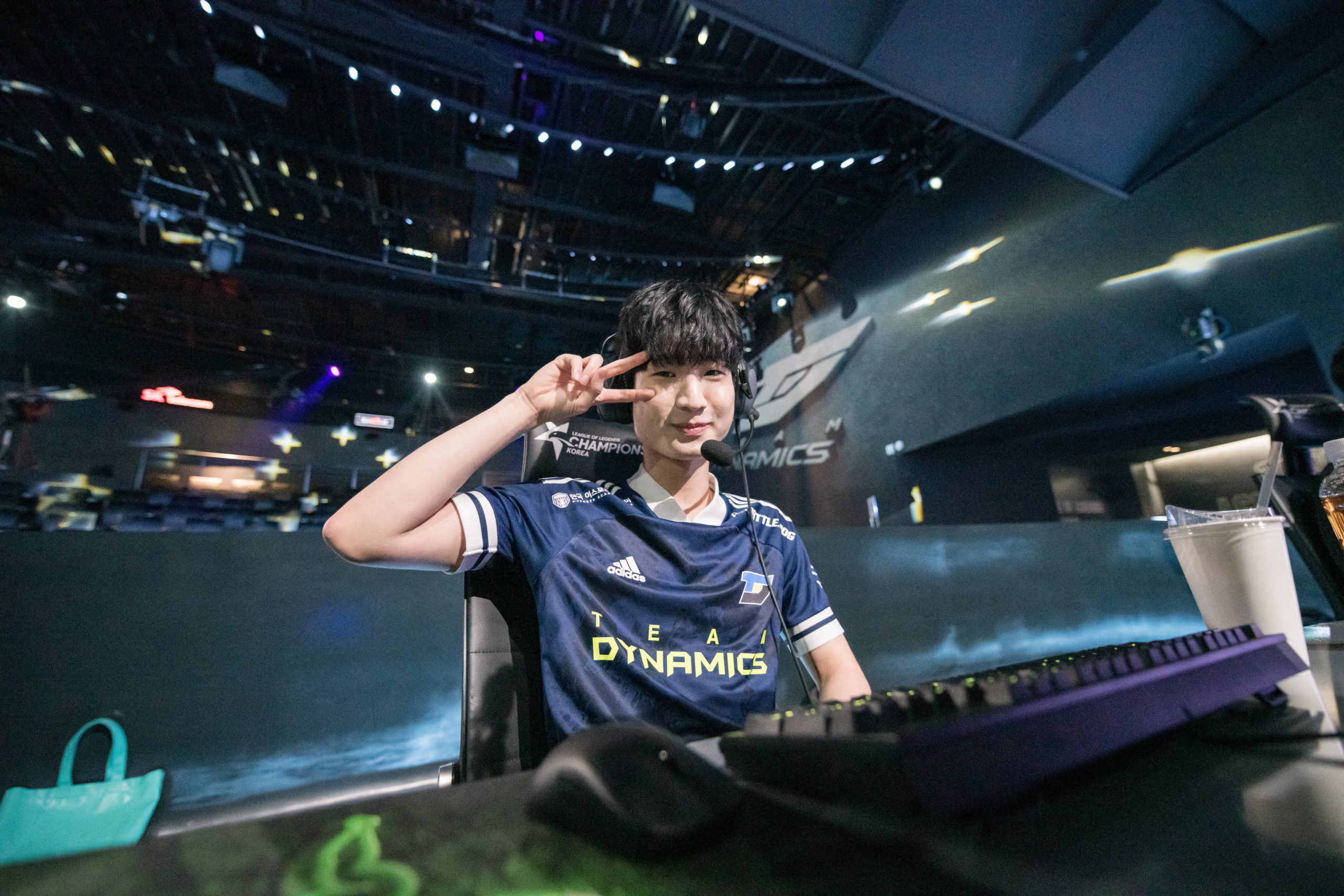 KT didn’t sub in star League of Legends player Smeb for this series, who was signed earlier in May. SoHwan, KT’s starting top laner since the launch of the 2020 season, played instead.

Dynamics came into this series determined to prove that they can be a contender in the LCK. The players focused on taking comfort picks, choosing champs that didn’t have the best synergy but ones that they were confident in their skills with. KT, on the other side, took favorable matchups that should have handed them fast wins.

That wasn’t the case, however. Dynamics’ players relentlessly roamed and successfully played around early objectives. In addition to winning both early games with numerous ganks from Beyond, they won most of the teamfights too.

While Dynamics mid laner Kuzan scattered KT with his Corki packages in game one, AD carry deokdam was given the space to annihilate the opponents in the second game.

Aphelios was seen once more as a decisive pick in the meta. Deokdam scored a quadrakill on the strong pick when the team wrapped up the series after a successful fight around the Baron pit right after a drake steal. That led to a victory in only 24 minutes.

Dynamics top laner Rich confidently said after the series that he thought he was the best Aatrox player in the league. He was less confident, though, when thinking about his next matchup against Afreeca Freecs top laner Kiin. “I’ll do my best to go 50-50,” Rich said in the post-match interview.

Dynamics caught the attention of League fans thanks to their successful performance in Challengers Korea. They recently announced a partnership with South Korean food brand Nongshim to help them get to the next level.

Their next matchup will pit them against Afreeca Freecs on Saturday, June 20. Afreeca finished sixth during the 2020 LCK Spring Split. KT, on the other hand, will have to turn things around in their tough matchup against Gen.G on June 21.