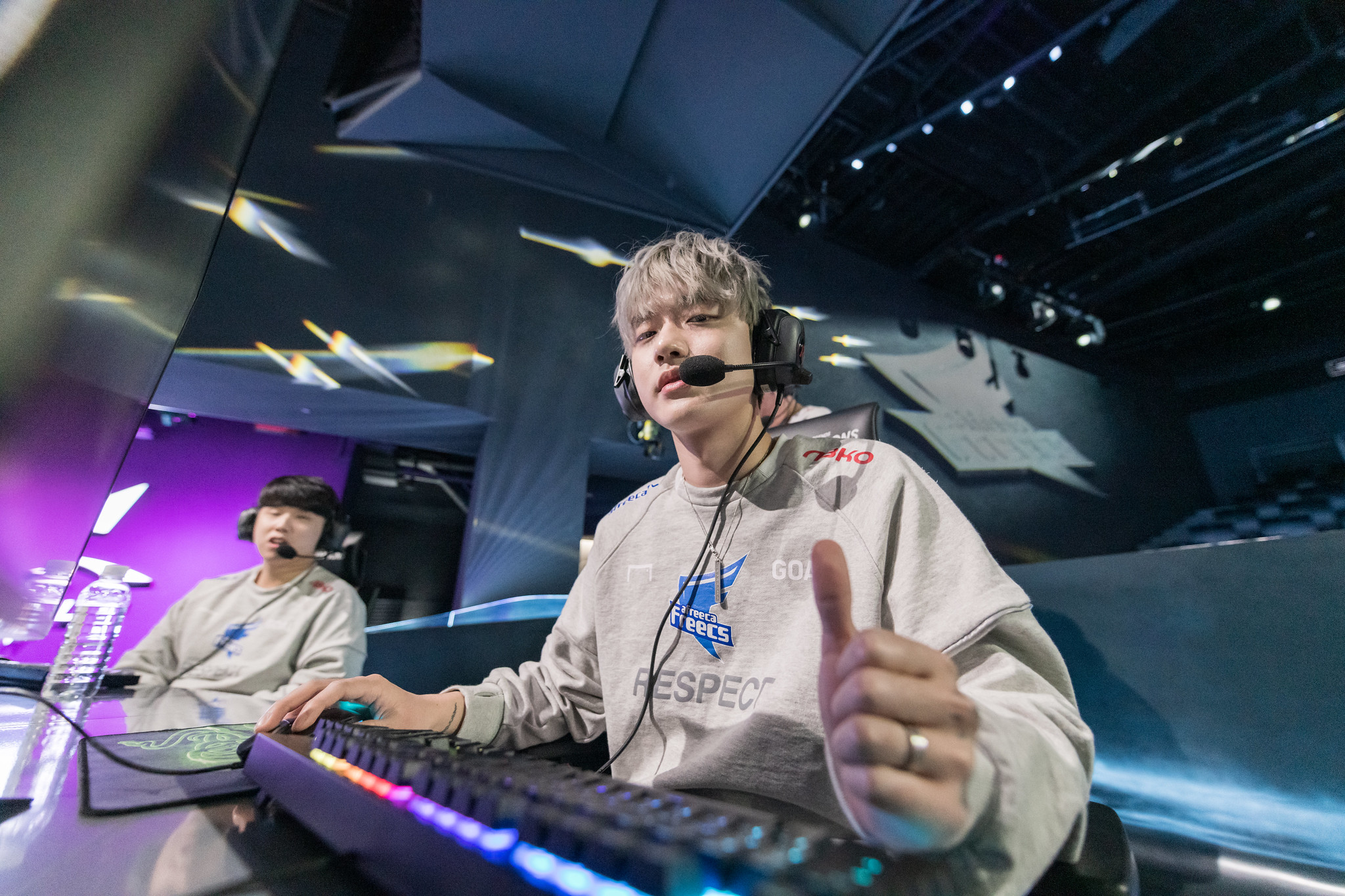 The LCK has finally returned with a bang for the 2020 Summer Split.

The split began with the almost-relegated Sandbox Gaming facing Afreeca Freecs. While all eyes were on which top laner would perform better, AF’s bottom laner, Jin “Mystic” Seong-jun, reminded League of Legends fans that there was a bigger threat in the game.

Using the power of Aphelios, Mystic managed to turn the tides of a battle in his team’s favor and earned a pentakill. He wiped out the stacked-up team of Sandbox with the power of Aphelios’s kit alongside the Hurricane item, which splashes his damage to nearby enemies.

Aphelios has been the target of much criticism from the League community due to how strong he is. LEC’s Innaxe from S04 managed to win a one-vs-four on Aphelios this weekend as well.

Riot is taking action, though, by nerfing Aphelios’s ult damage in the next patch, which should make him a bit more balanced compared to other ADCs.

For Mystic, this was the third pentakill of his professional career. His first pentakill came in the 2017 LPL Summer Split against Oh My God and the second was in the 2020 LCK Spring Split against Sandbox Gaming as well.

The LCK returned today with players in the arena but no live audience. The league released an epic video to celebrate the start of the split.