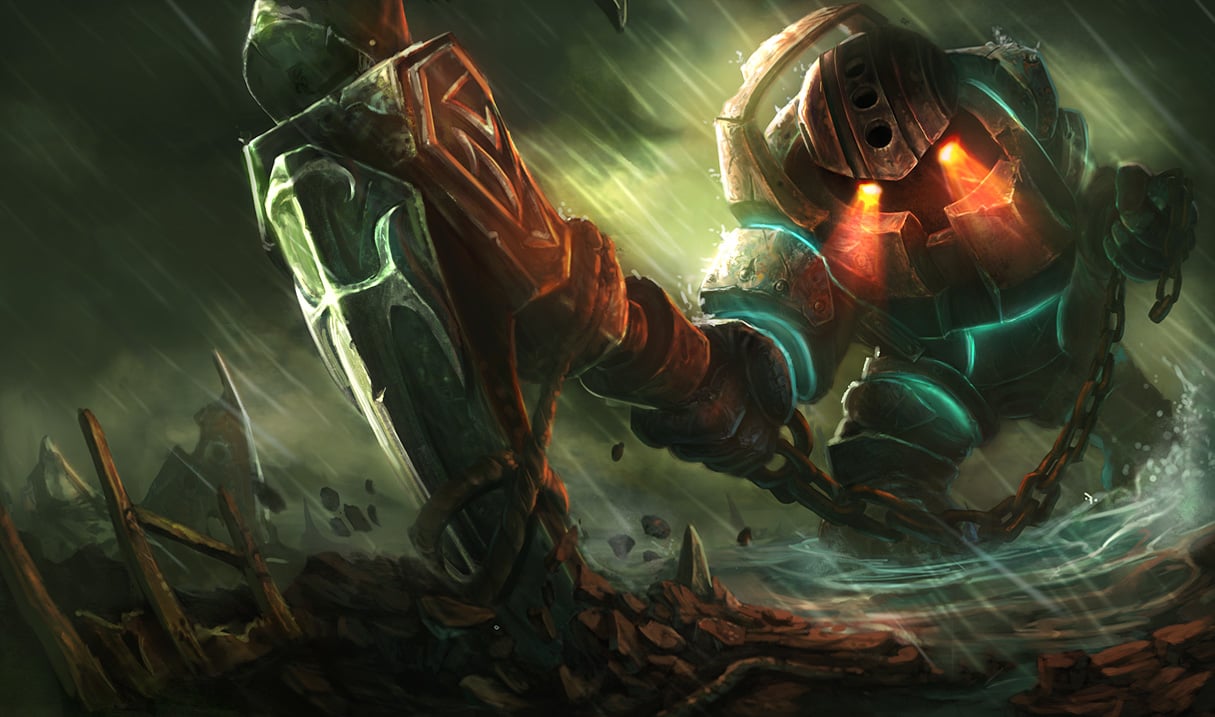 From the PBE update that came out earlier today, life is looking pretty sweet for tank junglers in patch 5.5. Champions are getting buffed and there’s a cool new jungle item that gives faster clear times, more damage in fights, and better scaling for those who build health. After the massive outrage over the jungle nerfs in patch 5.4, the masses were appeased and all was well again in the jungle.

But wait, haven’t we seen this before? A jungle item that does AoE damage to monsters and gives percent max health? In patch 4.11, Spirit of the Ancient Golem was reworked, while Quill Coat was introduced to the game for its build path. If you read the 4.11 patch notes and the recent explanation on the PBE, it sounds pretty similar:

The problem with the old Hunter’s Machete and Spirit Stone items (at least for tanky sustained junglers) was that they were too damage-focused  to really help the [tank junglers] of the world.

First, what was wrong with Juggernaut? First, it wasn’t explicitly improving clear speeds for tanks in comparison to other junglers. Others get to build incremental increases in damage with their components, but tanks just got… tankier without much else.

After Spirit of the Ancient Golem was reworked in patch 4.11, it was generally considered a failure. While it saw some play on Nunu and Rammus, it certainly did not bring back tank junglers (and in fact was another indirect nerf to Elise). The fact that it was reverted to its former state in patch 4.20 when enchantments were introduced certainly seems to indicate that Riot didn’t like the direction of the item either.

So if it didn’t work before, will it work now, in the new and more punishing jungle? The big issue that I see is the cost of the build path. To compare, Quill Coat built out of Machete, so it only cost 375 gold. It had the same damage to monsters as SotAG, so you were set very early. In the new jungle, you first need to upgrade your machete to Ranger’s, which costs 450 gold. Then you need 1,000 more gold to get Cinderhulk’s component, Bami’s Cinder, and then 350 more gold to finish it. That’s a lot of clearing that you need to do in order to get an item that you need to clear efficiently.

What about late game though? The aura can do up to 60 damage around you at level 15, which is certainly quite nice. Despite losing 150 health on the item, the 25% bonus health more than makes up for it with even just a ruby crystal. The loss of 10% CDR is pretty unfortunate however, and the removal of tenacity is a major blow because of the strength of Ninja Tabi.

While the Cinderhulk does overall look to be the stronger item later and is a step in the right direction for tank junglers, here’s the reality: tank junglers have always been strong in the late game. The problem is their early game, where they can’t fight 1v1 or 2v2 against the more popular bruiser junglers, and they don’t have great clears. Again, this is something that was acknowledged back in patch 4.11:

As a result, these tanky dudes fell out of favor against damage-heavy junglers like Kha’Zix and Pantheon or early pressure/utility junglers like Lee Sin and Elise. While these changes may not directly shift the landscape back to equal footing, we want to at least offer a meaningful choice for those who want to play the utility tank jungler.

The game has changed quite a lot since season 4 and a lot of the bruiser junglers have been nerfed, so will this be the rise of the tank junglers? If history tells us anything, probably not. With a build path that will generally take around 9 minutes to become relevant, life will likely still be tough for the tanky brethren. However,  it’s not all negative, and the future does look more promising with Riot heading in this direction. With buffs to individual champions in conjunction with a smoother build path for the item changes, we just may see the likes Nautilus or Zac back in competitive play before too long.