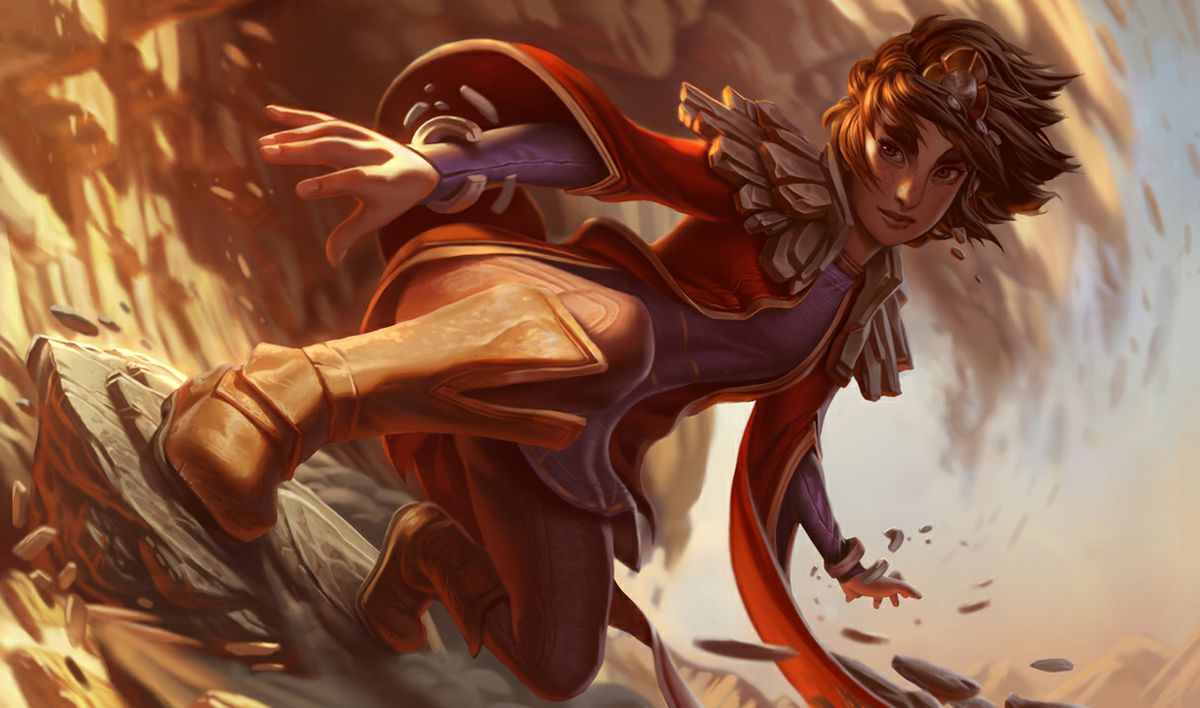 Most League of Legends players dread the day when their favorite champion is nerfed, for obvious reasons. Now, Taliyah mains are living in fear.

One of the most popular topics right now on the League forums involves potential nerfs coming to the Stoneweaver. In particular, Taliyah mains are frustrated with a change on League’s PBE that prevents her Q, Threaded Volley, from dealing AOE damage.

This ability allows Taliyah to quickly send a few rocks out in a straight line. But without AOE damage, it’ll be much more difficult for the Stoneweaver to teamfight and waveclear with her Q. If she can’t push minion waves as well, her ability to roam across Summoner’s Rift will also be negatively affected.

Related: New AD items coming to League should be great for bruisers, fighters, and Pyke

In addition, Taliyah will no longer gain movement speed after casting Threaded Valley on Worked Ground. To try to compensate for these nerfs, the cooldown of Taliyah’s Q has been slightly lowered on the PBE and casting this ability on Worked Ground will reduce its cost to one mana.

Other potential Taliyah nerfs include the initial and explosion damage on her E, Unraveled Earth, being lowered, as well as the wall duration for her ultimate, Weaver’s Wall, dropping to five seconds at all ranks.

These PBE changes aren’t all doom and gloom for Taliyah, however. She’s received a base HP and movespeed buff. The maximum movement speed from her passive, Rock Surfing, has been increased, while her out-of-combat wallriding timer has been lowered to two seconds. And the cooldown on Taliyah’s W, Seismic Shove, is dropping to 12 seconds at all ranks.

But even these buffs aren’t enough to change the minds of some Taliyah players who believe the nerfs could severely hurt the playability of their favorite Stoneweaver. If these PBE changes do go live in League of Legends, players will be keeping their eyes on Taliyah to see how drastically they impact the champion.