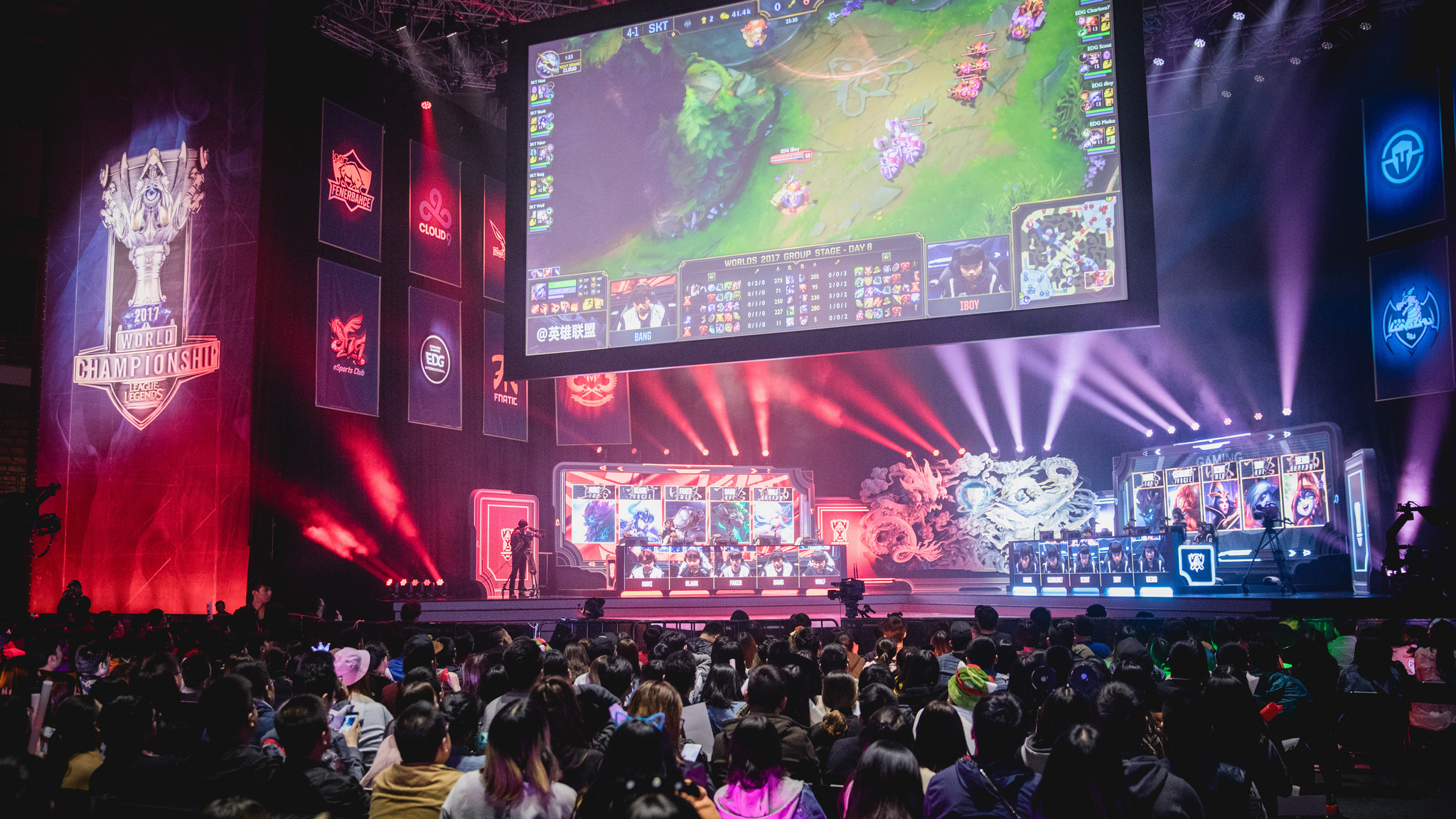 These are the things that most casual fans remember from watching the League of Legends World Championships. Often, a game seems like it boils down to one of these events, like the two teams were perched on a fine edge until one action, animated in crisp detail and stunning color, changed everything.

But those who are curious as to why these events occur and the meticulous setup that teams put behind them know that big plays rarely happen in isolation. At the highest levels of League, teams will set up from the draft precisely to win in these scenarios. At Worlds, team play matters more than mechanics.

Those that fall short in that area often find themselves on the losing side. Let’s look at the five biggest macro misplays of the Worlds quarterfinals.

5) RNG pased up a free Baron

The first play is that of a team that won a skirmish and threw away their advantage. All teams, even those in solo queue, have a basic hierarchy for what objectives to take after winning a fight. One objective high on the list is Baron Nashor. Baron’s importance, when it’s alive, is generally superseded by only two things: the nexus and the inhibitors.

In their third game against Fnatic, Royal faced a conundrum after a teamfight victory at 32 minutes. Only it shouldn’t have been much a decision at all. Waves were not set up for them to take the Fnatic base—even another inhibitor, in addition to the one they bagged earlier, was impossible. With only one obvious choice, Baron, Royal still went wrong. They took down the top laner tier two, didn’t contest Baron, and watched as Fnatic took Baron to win the game.

Tier two turrets are the most useless ones in the game. They don’t give you map control like the outer turrets do. They don’t protect something critical, like the inhibitor turrets and nexus turrets. They are merely places to delay. But for a Baroned-up team, they are child’s play—the defense usually concedes after delaying as long as possible.

Royal may have been concerned with Caps pushing the mid lane, but against super minions, he wasn’t that much of a threat. This was an easy call to make. Star ADC Jian “Uzi” Zi-hao played well despite the flu, but this call can’t be blamed on him. Royal had enough members with clear heads to execute this play. With Baron, Royal likely would have gotten that turret for free, plus at least one inhibitor. Instead, the game went in the entirely opposite direction.

Longzhu’s 0-3 loss to Samsung can be blamed on their disastrous macro. In fact, this piece was originally just about them, before the other teams showed issues of their own. The problems for Longzhu started in the first game where they didn’t play to their win condition, and then accelerated in the second when they stopped reading the map.

Samsung’s win condition in that game was to use Shen and Taliyah to set up 5-man plays in the bot lane. It was such an obvious tactic that it should have been thwarted. The play became even more telegraphed when Samsung ADC Park “Ruler” Jae-hyuk came back to lane after taking a horrible trade. But Longzhu’s bot lane, who played disrespectfully all series, stubbornly stuck around to get dived. Sometimes, a team’s preparation for a big play starts in the pregame draft.

Royal were lucky in that their Baron error did not cost them the series. Overall, they played a better macro game than Fnatic and were much quicker to group as give and punish. Misfits were not so lucky. Faced with a chance at a historic upset of SK Telecom T1, they faltered around the Baron pit in the pivotal last game.

Misfits’ ability to abuse their lead and pressure Baron was suspect for the entire series. In multiple games, SKT would stall out while Misfits looked hesitant, dancing around the Baron pit while not accomplishing anything. But in the fifth game, it finally came back to haunt them.

Misfits had not one, but two golden opportunities for Baron. Once, they even fought it and had it down to half health before peeling off. Neither was a sure thing—enough SKT members were around to make it tough. And SKT has made a name out of winning teamfights around Baron, even from a deficit.

There were micro mistakes in that play, sure. Support Lee “IgNar” Dong-geun zoned himself out of the pit, which made the Baron more difficult. But at the end of the day, you have to make aggressive macro calls against a team as good as SKT.

You can’t play with fear at Worlds, not against the World Champions. Misfits did, and later, when SKT top laner Heo “Huni” Seung-hoon established a vicious split push, they felt like they had no choice. After catching Huni yet again, they turned for Elder Dragon, lost it, and then conceded the game. It was a cruel ending for a team that had played so well against the champs.

Samsung jungler Kang “Ambition” Chang-yong is one of the most criticized members of his team. He rarely exerts pressure in the early game, preferring to farm instead. This often leads to tough situations where his laners have to try to win without jungle support. Casual fans see laning success as a byproduct of player talent, but at this level, it is often tied very closely to which side gets more jungle help.

In the series against Longzhu, Ambition changed his playstyle in a big way. He did a great job covering for weak lanes and delaying Longzhu’s split pushers. In the third game, Longzhu jungler Lee “Cuzz” Woo-jin made a small, but consequential error by taking gromp on his first clear.

This allowed Ambition to get to the river first and steal the rift scuttler from Cuzz. When I first watched the play, I was bamboozled by both Cuzz’s CS total and the fact that Sejuani got there that fast. Gragas’ fast early clear, combined with both junglers starting Talisman and taking wraiths, should have seen him ahead in pace.

But Cuzz stopped for the gromp. That one camp directly led to Cuzz blowing his flash and ceding bot-side control to Longzhu. Cuzz never recovered from that one decision. Ambition gained more information on Cuzz’s path and shot ahead in experience. He then set up camp in Longzhu’s bot side jungle while his own top laner built a freeze.

Samsung’s bot lane were winning, and Ruler has a legitimate claim as the most improved player in the world this summer. But the amount of support they received from Ambition should not go unnoticed. Samsung didn’t actually kill Cuzz in his bot side jungle until over 11 minutes into the game, but the amount of control they had over the game by then made everything else a formality.

1) Team WE chase a Singed

“Don’t chase a Singed.” That’s one of the most basic pieces of advice in League. Even your grandma knows not to chase Singed around the map. So when Cloud9’s Jung “Impact” Eon-yeong busted Singed out, of course Team WE ignored everything any chased him.

Not one, not two, not three. No, that wasn’t an ill-conceived welcome party thrown by the Miami Heat for LeBron James. That was the number of people Misfits threw at Singed. Four champions followed him into the bot lane, the furthest lane from Baron. Never mind that they could have just sent the Corki, who had a range advantage and his teleport spell, to deal with Singed. Instead, Corki went mid and the four others followed Impact.

By chasing the Singed into the bot lane, WE had absolutely nothing to counter Cloud9 taking Baron. Even with Karma speeding them up, there’s just no way the could have gotten there. Cloud9, Impact included, walked out scot-free and won the game in quick manner. This takes the cake as the dumbest play of the Worlds quarters. And the Singed? Yeah, he got away.

By the end of the series, Singed became a must-ban for WE. But it didn’t have to be that way. Al they had to do was listen to their grandmas and stop chasing.