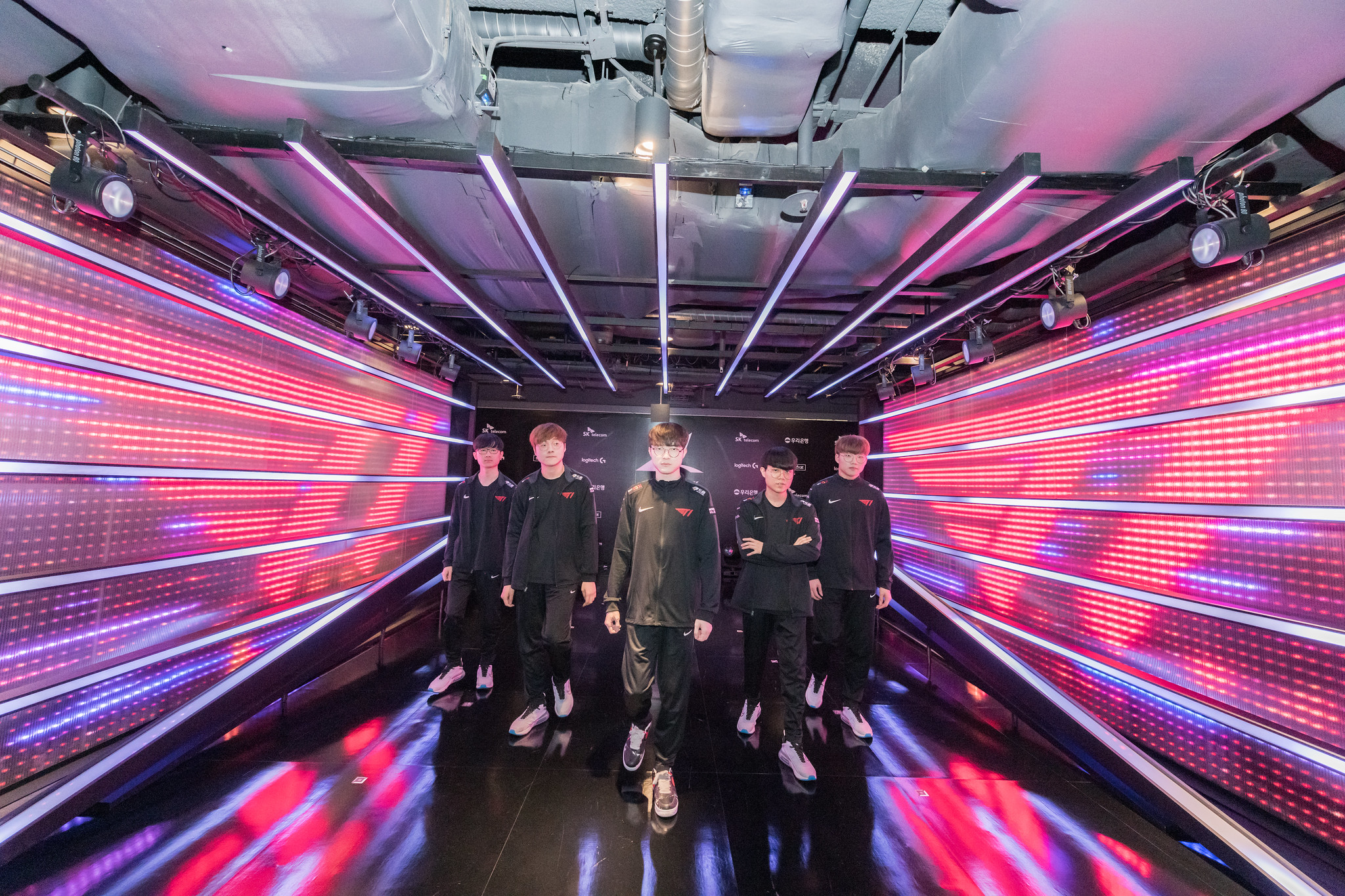 Faker and Cuzz led T1 to a commanding 2-0 victory today in Korea’s LCK, beating SANDBOX Gaming in under 60 minutes of game time.

T1 now sit at the top of the LCK standings with seven wins and one loss. Gen.G trail one game behind them.

Many pundits feared T1 would lag behind in Korea. But with the additions of coach Kim Jeong-soo, top laners Canna and Roach, and jungler Cuzz, they’ve thrived.

Faker opted for carry champions in today’s best-of-three series against SANDBOX, drafting LeBlanc and Azir. Over the past few years, Faker has been reluctant to carry and has fallen to a more supportive playstyle. But in 2020, he’s back in form, leading T1 once again from the mid lane.

T1 systemically took down SANDBOX in the first game of the series, dropping zero kills and towers. The team went back to Korea’s methodical and map-orientated playstyle, carrying their early-game momentum to the Nexus.

The second game was disjointed and chaotic, though. T1 had to fend off a scaling top lane Soraka. But with Cuzz’s constant pressure on Gragas, his ganks, and his engages, T1 found the win.

T1 play their next opponents, Afreeca Freecs, on Thursday, March 5.