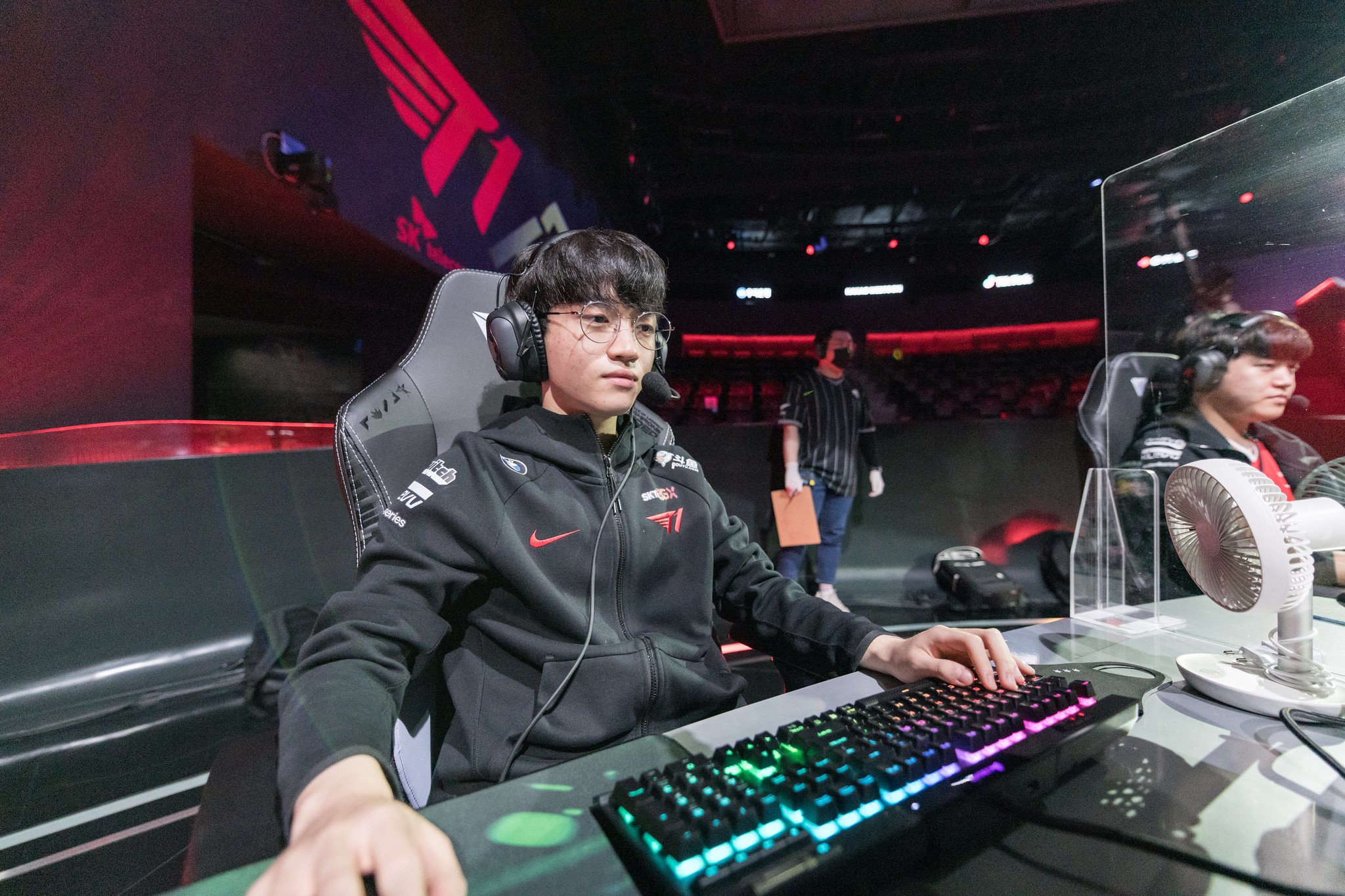 T1 reverse swept DWG KIA in the sixth week of the 2021 LCK Summer Split, with Keria leading the charge for his team.

It was unclear who would take the win in this League of Legends series after both teams showed a strong performance in their last match. T1 recently started experimenting more with their roster, benching Teddy and Cuzz in favor of Gumayusi and Oner. Although parts of the community initially saw the tests in a bad light after the poor results from the Spring Split experiment, they quickly changed their mind as soon as T1 started picking up much-needed wins.

Canna and Keria picked up the MVP votes for the series. The top laner used Jayce to demolish his opponents in the second game, a crucial starting point for the reverse sweep. He did around 37 percent of his team’s total damage after constantly poking down DK members before a teamfight. The 18-year old support player had one of the most monstrous performances a support could have. He picked up Thresh and roamed the map, securing kills left and right. When an ally would get caught, he would rush to them with Mobility Boots alongside Predator to quickly get them out of harm’s way with his lantern.

The first match of the series opened up with a surprise Zac pick by DK’s Canyon. The jungler used the champion to quickly snowball his lanes all across the map before focusing on picking up dragons and Barons once they started grouping up. T1 looked lost in the match as they scrambled to group up and have good teamfights against the 2020 world champions, losing the first game after a 31-minute teamfight.

After Canyon’s performance on Zac, T1 banned the champion in the second match to avoid the disaster of the first game. Both teams picked up a similar composition, but T1 came out ahead this time since they didn’t have to deal with an unconventional pick. T1 almost threw the match by giving up the Infernal Dragon Soul, but it didn’t matter in the end, since their item advantage made up the difference in the following teamfights.

Keria took upon himself to be the carry in the last match of the series, picking Thresh after it was banned by DK in the previous match. He performed exceptionally in the champion, roaming around the map and building leads for his allies while also saving them from danger. With a huge lead from Keria’s roams, T1 were able to close out the match and complete the reverse sweep after a 23-minute match.

T1 (7-5) will return on the Rift next week with two matches against Liiv SANDBOX and Afreeca Freecs. With T1’s recent performance boost, they should be able to take down their opponents and slowly climb to the top of the standings.